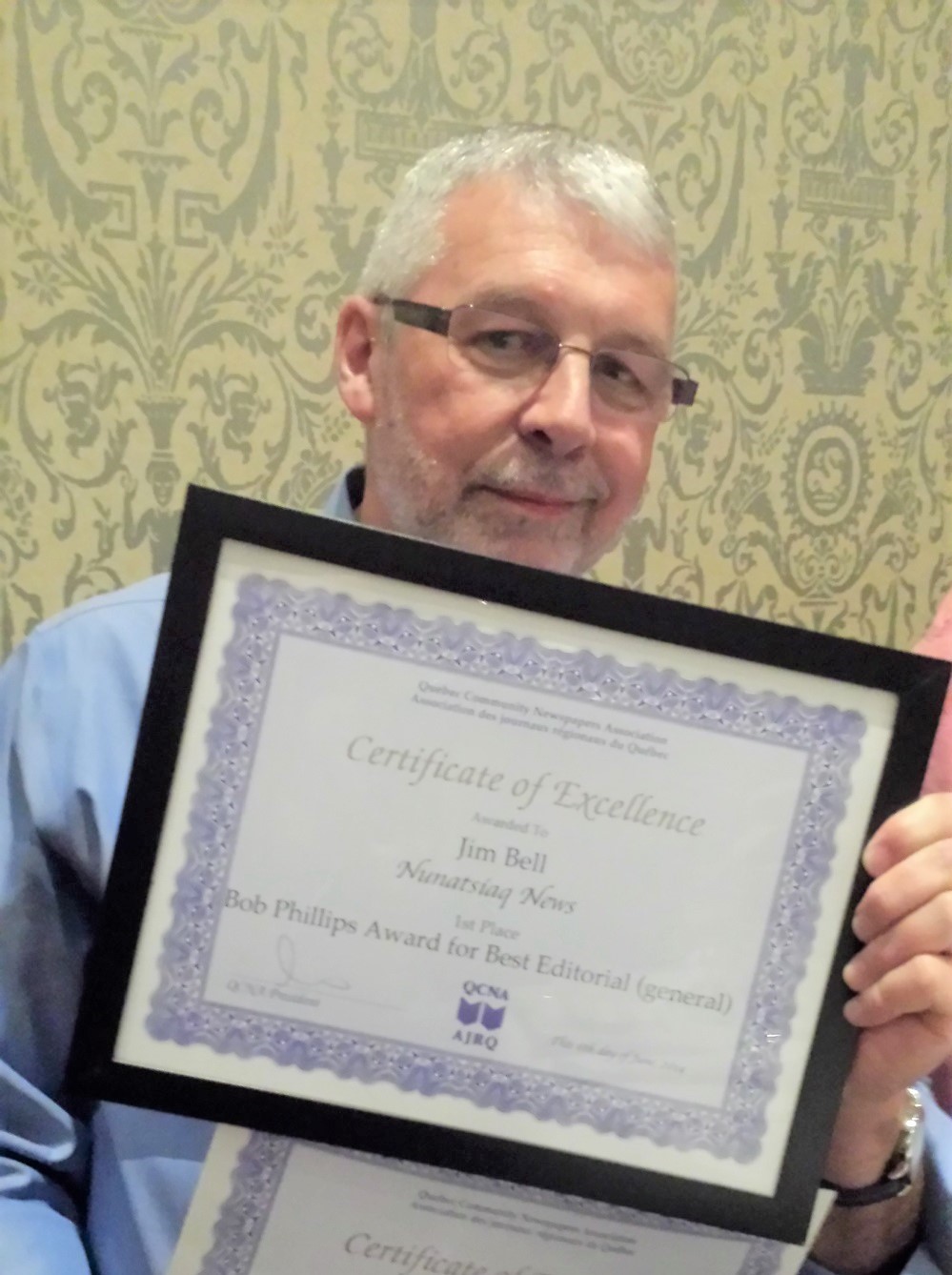 Ten boxes of written works, photographs and journalism awards from late Nunatsiaq News editor Jim Bell’s collection have been donated to the Nunavut Archives, Culture and Heritage Minister Joanna Quassa announced on Tuesday. Bell, who died in August 2021 after leading the paper for 35 years, is pictured here in an undated photo holding a Quebec Community Newspaper Award won by Nunatsiaq News. (File photo by Sarah Rogers)

Some writings and photographs of the late journalist and former Nunatsiaq News editor Jim Bell are now housed in the Nunavut Archives.

Ten boxes of historical material including papers, photographs of Nunavut, manuscripts and journalism awards that were part of Bell’s personal collection have been donated to the Nunavut Archives program, Culture and Heritage Minister Joanna Quassa said in the legislature Tuesday.

It means the records will be preserved as part of Nunavut’s history and that they will be available to researchers.

Bell was the longtime editor of Nunatsiaq News and a reporter in Iqaluit. He died in August 2021 at the age of 69, in Ottawa.

“The manuscripts also included in this donation demonstrate his passion for education in Nunavut and the journalism courses he taught at the Nunavut Arctic College.”

Quassa remembered Bell as someone who had a keen interest in Nunavut politics and who “kept us all on our feet.”

“His dedication to journalism was admirable and we appreciate his contributions to the territory,” the minister said.