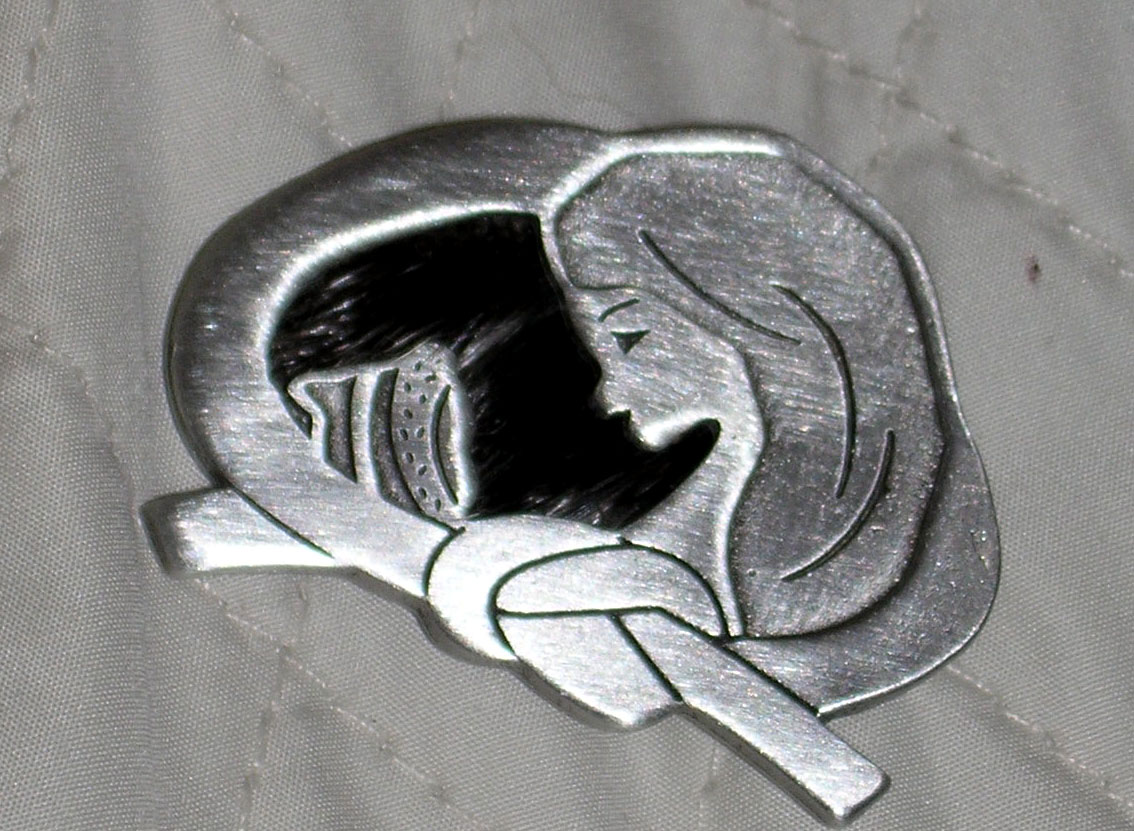 In 2006, the Baker Lake Prenatal Nutrition Project designed this pin, which was given away as a prize to expectant mothers who pledge not to consume alcohol during their pregnancies. Since then, however, the Government of Nunavut has done little to screen or diagnose residents who have FASD. (File photo)

An unknown number of Nunavut residents with fetal alcohol spectrum disorder, or FASD, are being denied the help they need, because territorial agencies do little screening or diagnosis and because no one has ever tried to pull together information that already exists on the disability’s prevalence.

That’s according to a variety of experts who spoke to Nunatsiaq News.

“Screening and diagnosis need to be done, whether you’re a youth in school or you’re an adult. People who have FASD have serious support needs,” said Helen Roos, the president and lead instructor of the Ilinniapaa Skills Development Centre in Iqaluit.

Ilinniapaa is a pre-employment and skills training centre that offers programs under contracts with government. Roos told Nunatsiaq News that through this work, she has become aware of multiple clients who show signs of FASD but who were never screened in elementary school.

FASD is a general term that covers a range of permanent mental and physical disabilities experienced by those who receive exposure to alcohol in the womb.

It’s a lifelong disability. Those who have FASD often require support and treatment for cognitive problems related to memory, language, learning, communication, social skills, as well as physical conditions related to more than 400 “co-morbidities,” or associated health conditions.

To get help, people with FASD must be identified

That means identifying such people is of crucial importance—because, otherwise, they won’t get the help they need.

“What we are seeing is so much alcohol use during pregnancy…. Some of our clients tell us directly, ‘Yes, my mom drank when I was born, I heard that through family.’ They never got any assistance through screening or diagnosis,” Roos said.

Dr. Svetlana Popova, an expert researcher at the Centre for Addiction and Mental Health, told Nunatsiaq News last week that’s why screening for FASD must be done.

Popova led a major study into the prevalence of FASD among certain vulnerable groups that the CAMH released this past April 30.

The vulnerable subpopulations covered in that study include children in care, adults in the correctional system, special education students, people receiving care for developmental disabilities or psychiatric conditions, and Indigenous populations.

Her study found members of those subpopulations experience FASD at a rate that is 10 to 40 times greater than the estimated global rate.

For example, FASD prevalence among adults in the Canadian correctional system was 19 times higher than in the general population, the study found.

And the annual cost to Canada from FASD is enormous: conservatively estimated at about $1.8 billion a year in a study that Popova and her colleagues published in 2016.

But at this moment, there’s little screening for FASD within Nunavut schools.

Education Minister David Joanasie said as much last March, in response to questions from the Adam Lightstone, the MLA for Iqaluit-Manirajak.

He said he believes many children in school have undiagnosed FASD. And he said the GN can’t track them.

“The member is right in that there are many that have undiagnosed FASD. We are not even able to track, we have no tracking available to say how many “X” amount of students require support for FASD,” Education Minister David Joanasie said at the time.

In a follow-up interview done via email last week, Lightstone told Nunatsiaq News that he was surprised to hear Joanasie say they’re not able to track the number of students who need support for FASD.

“I was a bit taken aback by the minister’s response that the department doesn’t have these types of figures, considering the substantial requirements that these students need,” Lightstone said.

And he went on to say he believes the Department of Education must make it a priority to find out which children need help for FASD.

“Early intervention is crucial for those living with FASD, as we must assist them to learn to live with their disability before it is too late. I believe that the Department of Education must consider this a priority by offering training to our school faculty to identify students who show symptoms of FASD,” Lightstone told Nunatsiaq News.

And Popova said it may be true that FASD is difficult to diagnose. But it is possible to train non-medical professionals to screen for it, she said.

“It’s really sad to see the reluctance of people to do screening—because diagnosis and screening are two different things,” she said.

“The tools exist for law enforcement professionals in how to screen and identify FASD in the correctional system and tools exist for screening for teachers, specifically,” she said.

She knows that because she and the team she works with did a major study on the prevalence of FASD among schoolchildren in the greater Toronto area.

That study, released in April 2018, found that two to three per cent of children in the GTA have FASD.

That’s at least twice as high, or more, than the previously accepted rough estimate for the general Canadian population.

But she cautions that those numbers are not applicable to regions like Nunavut, where the prevalence is likely much higher.

“The estimates are not applicable to populations in remote northern communities, children in care, or people in prison or psychiatric care facilities, which have shown much higher rates of FASD,” she said last year.

As for the prevalence of FASD in Nunavut, no statistics have been made available to the public.

But Roos said the data is out there—in information that the Department of Health has gathered in pre-natal work done with expectant mothers in every community. But those raw numbers haven’t been turned into usable prevalence statistics.

“The community health centres have all the patient data, but it’s all been consolidated at GN health,” Roos said.

Coming soon: a story that asks if FASD screening is a children’s rights issue and health care rights issue.