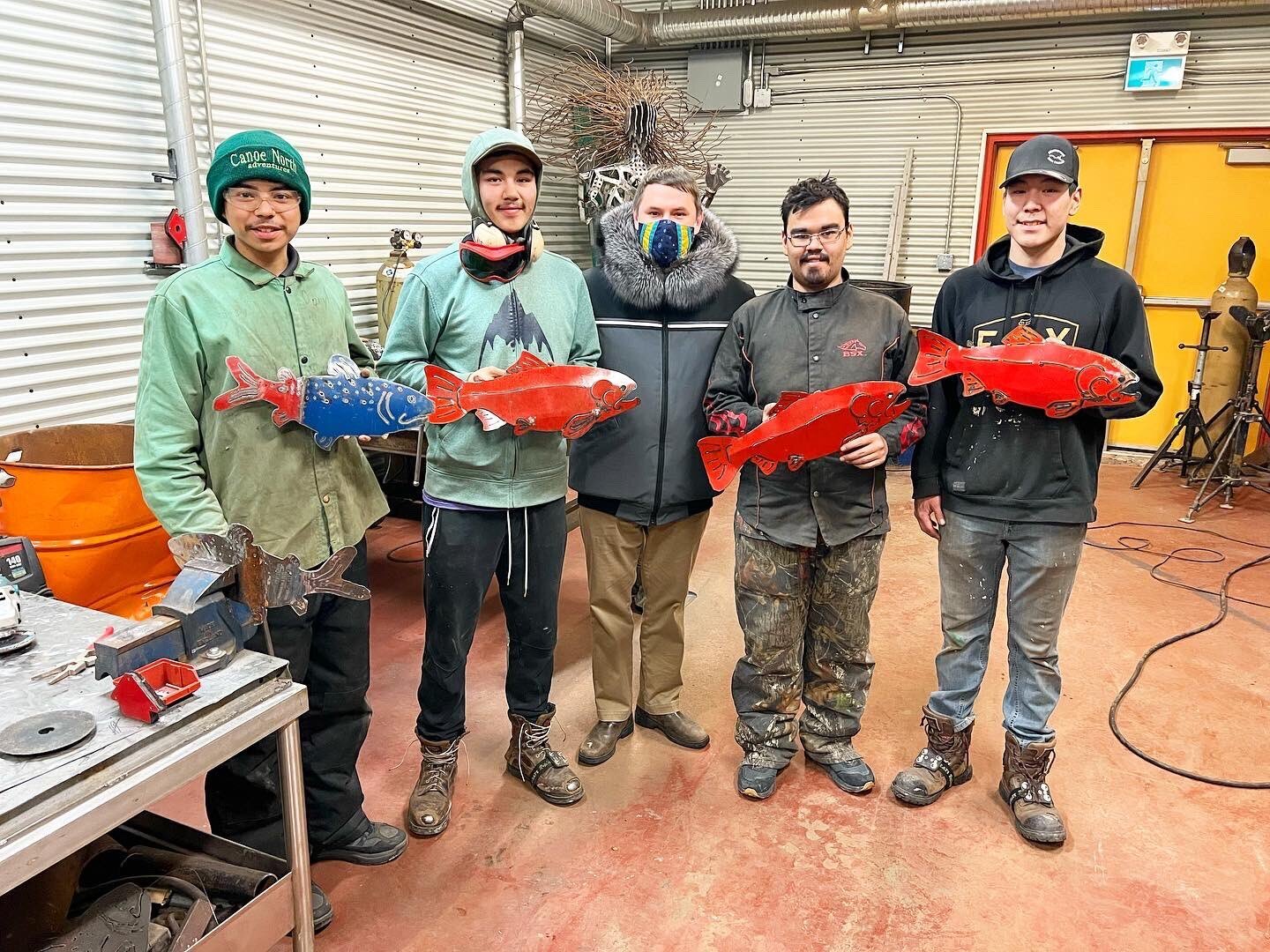 The young men from Cambridge Bay who made the metallic fish artwork presented to public figures including Prime Minister Justin Trudeau and Gov. Gen. Mary Simon were practically doing backflips when they saw the pictures of their work in Ottawa, says their instructor, Mark Slatter.

Taptoona-Haynes and Zukiwsky, who are both 19, along with Robert Taptoona-Haynes and Brandon Kavanna, both 20, are the four artists who designed and created the metal red fish artwork Nunavut Premier P.J. Akeeagok presented to national leaders during his trip to Ottawa last week.

The students are part of a welding program taught by Slatter in Cambridge Bay that helps young residents learn how to create artwork through welding.

The idea for Akeeagok to bring the young artists’ work to Ottawa to present as gifts came when Nunavut’s MLAs were in Cambridge Bay for a retreat, Slatter said.

Pamela Gross, the former mayor of Cambridge Bay and current MLA for the riding, brought several MLAs to the store where the red fish artwork is sold, and they ended up buying all the artwork in the store, Slatter said. 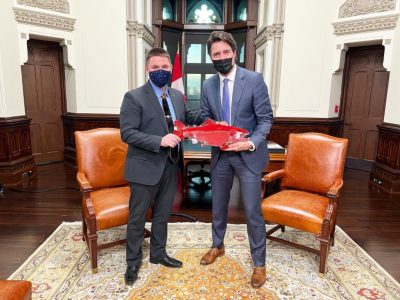 When the artwork was bought, the artists were asked to write something on the red fish that would be given to the prime minister, Slatter said. They decided on, “Thank you for everything J.T.” and a Merry Christmas was added as well, he said.

The artwork is created from metal found in the hamlet dump — which is cleaned before it’s used — Slatter said.

The artists trace their designs on the metal and then cut the shapes out with a plasma cutter, Daryl Taptoona-Haynes said.

The red fish design is inspired by the abundance of Arctic char that Cambridge Bay residents rely on for food, Slatter said.

The welding program has been run off and on in Cambridge Bay for four years, Slatter said. As well as teaching the artistic applications of welding, the program allows Cambridge Bay residents to learn the basics of welding to use as a practical skill or turn into a career.

“I just really enjoy learning new things and working with other people to get something done,” Zukiwsky said of why he enjoys the program.

“For me it’s all about getting into a routine of learning when I should take care of myself and how I should be thinking about my future,” Taptoona-Haynes said.

Beyond welding, the program has been a place for participants to get together and decompress from whatever other challenges they face in their lives, Slater said.

“The whole town is over the moon because they see the transformation these kids have made, everybody supports it.”