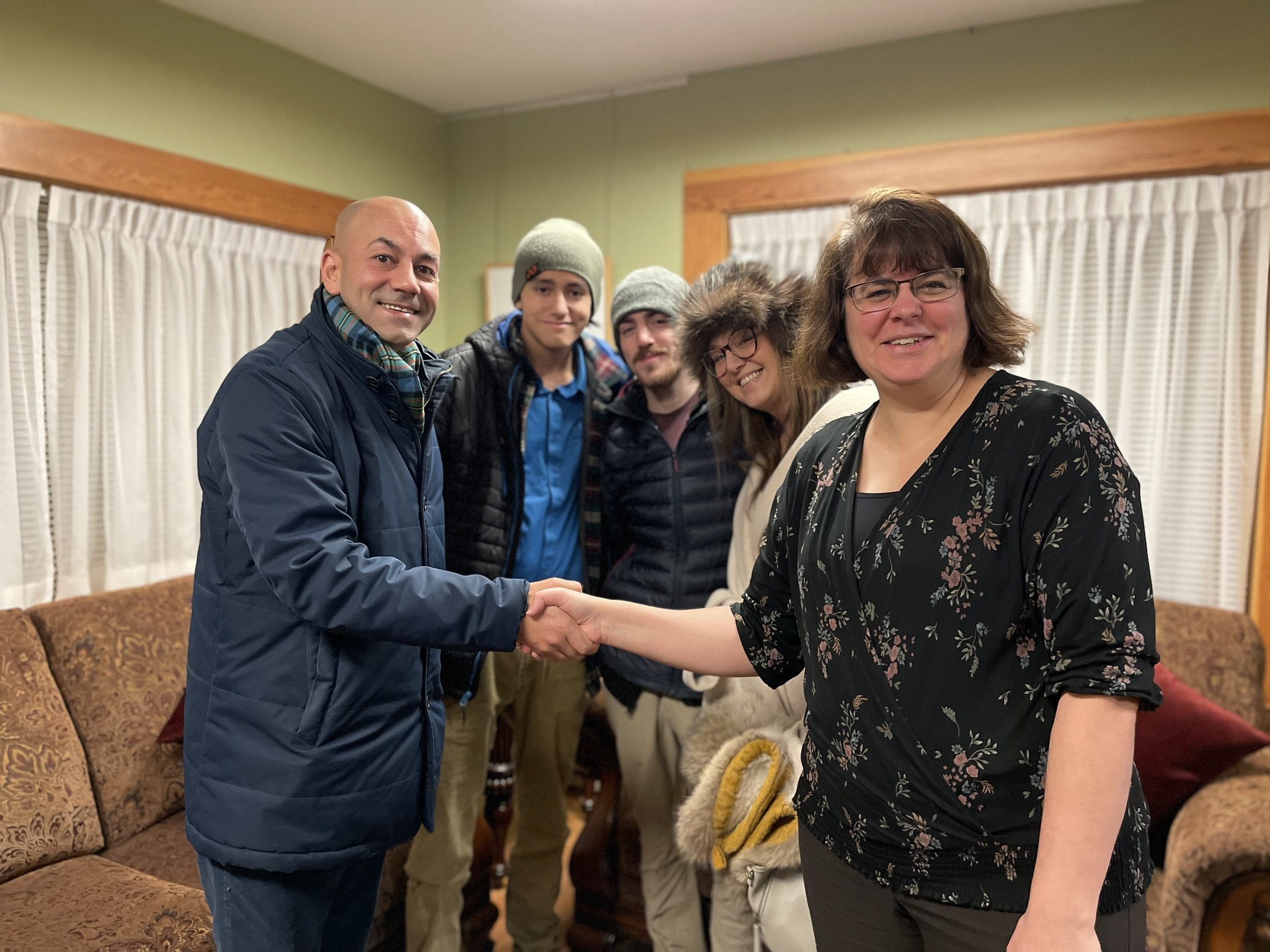 Incoming premier Ranj Pillai, left, shakes hands with Yukon Commissioner Angélique Bernard on Jan. 9 after he was selected to lead the territorial Liberal Party. He is surrounded by his wife and two sons. (Photo courtesy of Ranj Pillai, Facebook)

Yukon’s Liberal Party has chosen its next leader, and consequently, the territory’s next premier.

Current Premier Sandy Silver announced in September he would not run in the territory’s next election, set for November 2025, and announced his intention to step down from party leadership.

The Liberals opened nominations for a new party leader in November, and only Porter Creek MLA and current deputy premier Ranj Pillai came forward, according to a news release from the party issued on Dec. 15.

He was confirmed to the role at a Jan. 8 party meeting.

“I am truly honoured to have this opportunity to be the new party leader,” Pillai said in a statement posted to the Yukon Liberal Party’s website Jan. 8.

The next day, he announced on Twitter that he and his family had met with Yukon’s commissioner, Angélique Bernard, to express his intention to serve as premier.

Prime Minister Justin Trudeau released a message of congratulations on Jan. 9 as well.

“I look forward to working with incoming Premier Pillai to continue to build healthy and resilient communities in the Yukon and a better future for all Canadians,” he stated.

Trudeau also offered a thank you to Silver, who has served as premier since 2016.

Pillai is set to be sworn in as premier on Saturday, according to media reports.