Controlled release could continue until Aug. 31 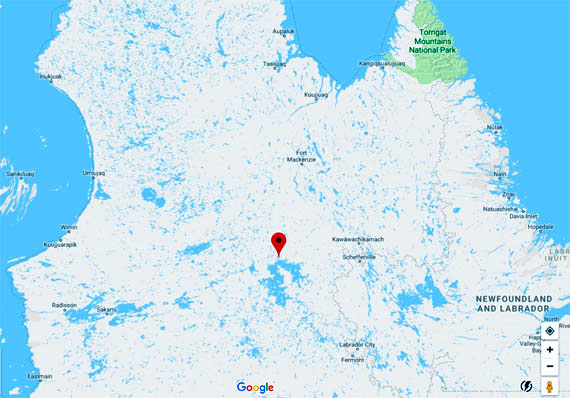 Hydro-Québec says it has begun a controlled dam release from its Caniapiscau reservoir in northern Quebec to help manage high water levels in the region.

The Quebec public utility alerted Nunavik organizations this past spring that it may need to do a controlled release of water this summer from its largest reservoir in the James Bay hydroelectric project, located southwest of Kuujjuaq.

Hydro-Québec said the reservoir was at 86 per cent capacity last week when officials made the decision to release an additional 750 cubic metres of water per second from its Duplanter spillway starting on Friday, July 20.

The controlled release is expected to continue until the end of August, said Hydro-Québec spokesperson Francis Labbé.

“We have to prepare for an important fall season in terms of rain,” said Labbé in an email to Nunatsiaq News.

“We do not know if rain will be as [significant], but we must prepare as if it is going to be the rainiest fall in the last 20 years. We might open for a shorter period if weather continues to be dry.”

Under the James Bay and Northern Quebec Agreement, Hydro-Québec is required to give 30 days’ notice before a controlled release.

But since plans for a potential dam release were made public in April, Kuujjuaq residents have raised concerns over the potential impact higher water levels could have on wildlife and harvesting in the region.

But Hydro-Québec has also said its goal is to bring down the amount of water released to 450 cubic metres per second shortly after the spillway is opened.

Labbé also said HQ officials will fly over the region to monitor the spill, and they intend to invite Inuit from Kuujjuaq to take part in those flights.

Nunavimmiut haven’t forgotten a controlled release from the same reservoir more than 30 years ago, in 1984, when the power corporation released an additional 1,500 cubic metres per second over the summer months.