“What is happening in Nunavut is not sustainable” 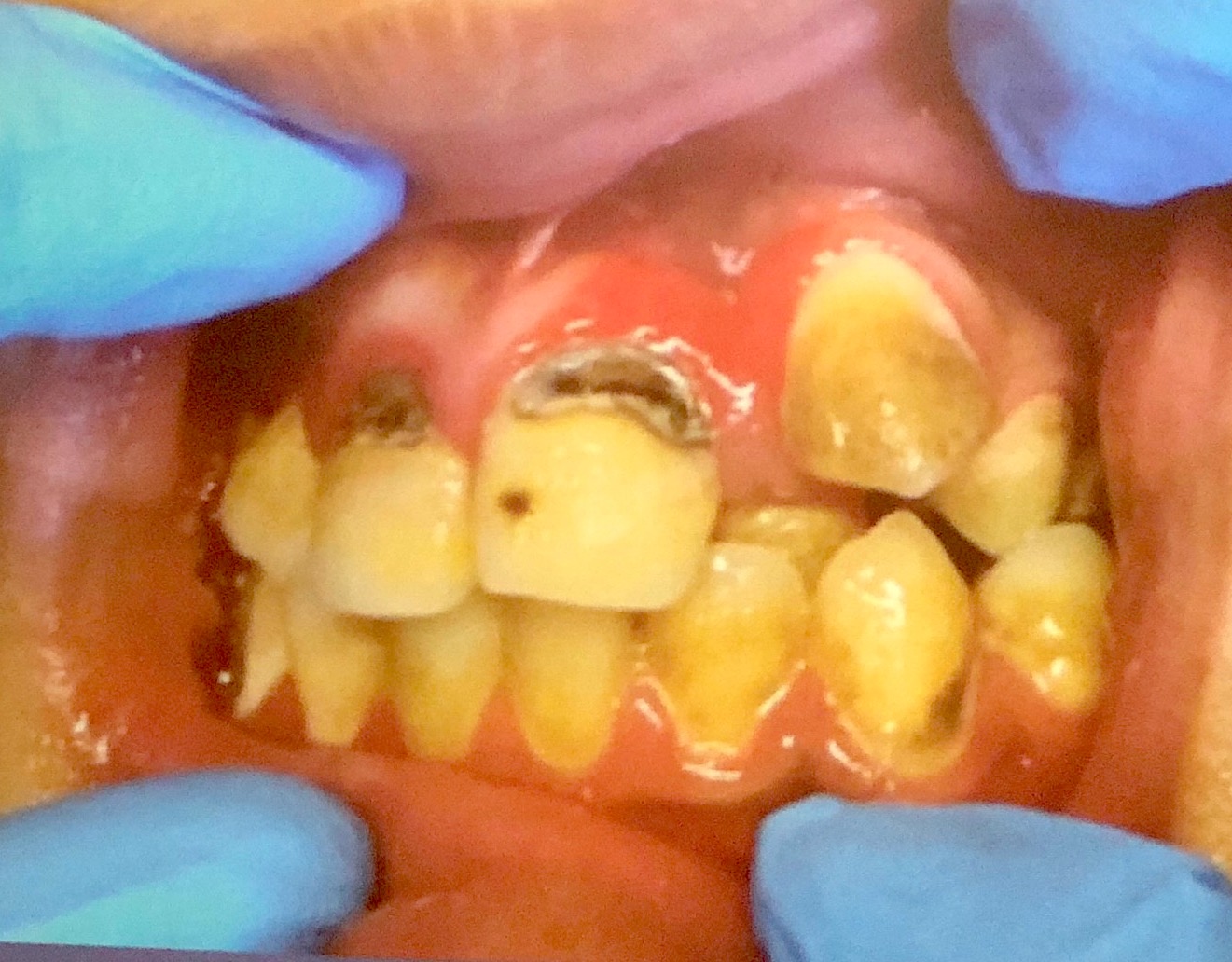 When dentists see crooked and rotten teeth like these in Nunavut, there is not much they can do except try to repair them or pull them. Orthodontists often refuse to put on braces to correct the teeth due to their poor condition. (PHOTO COURTESY OF MARTA DEMUTH)

COPENHAGEN—When Márta Demoth worked as a dentist in Nunavut, she says she felt more like a firefighter than a dentist.

The teeth of many of the roughly 3,000 Nunavut patients she saw between 2014 and 2016 were so bad that often she had no choice but to extract their teeth instead of repair them. Children would often be directed south for major dental surgery.

“No one shows them how to brush teeth,” Demoth told the recent International Congress on Circumpolar Heath in Copenhagen, speaking about Nunavut children who see no dentists or other oral health professionals for many years.

Painful and pulled teeth also means patients are less likely to be able to chew meat, which for these communities is a traditional source of protein, she said.

So, poor dental health can also be an important contributing factor to poor nutrition.

But given the poverty and overcrowded housing that she saw, “tooth-brushing will be the last thing on their minds.”

Among the disturbing cases she encountered: a teenager who said she was fine with having a rotten tooth pulled.

“It’s socially acceptable to have your teeth pulled,” she said.

But that’s something you would never see among teens in the south, who don’t want to have an empty space in their mouth, said Demuth, who now works in the U.K.

She also spoke about a man with a dripping wound on the outside of his cheek.

That, she learned, was the resulted of his being tasered. After this, his teeth became infected and a big abscess formed deep in his gums. After she cleaned out the abscess, the man had no more infection, but he also had no teeth on one side, which didn’t seem like a good solution to her.

At the same time, sometimes people would be in a huge amount of pain due to their teeth, when no dentist was in town, but nurses were unlikely to offer painkillers like codeine, due to the risk of addictions.

Demuth said she worked closely with health workers in every community she visited.

But she said it would be good to work with children aged 12 and younger, because they are part of the solution. If they could learn about proper dental hygiene, this would improve things a lot.

But encouraging Nunavummiut to see dentists is just one of the big challenges facing oral health in Nunavut.

“It seems very difficult,” Demoth said about the current situation. “It will take a long time (to improve) because it is such a complex matter.”

That survey found tooth decay, a chronic but preventable disease, is two to three times worse among Inuit than among other Canadians.

At the same session on dental heath in Copenhagen—one that appeared very useful given the exchange of information among dental care providers, a Greenlandic participant spoke about how Greenland has made a big effort to improve people’s teeth.

There are perhaps fewer dentists in some of the smaller communities in Greenland than in Canada, she said, but Greenland has well-trained local dental therapists. As well, there was a big public health campaign to change the attitude among people, so everyone wants a “brilliant smile.”

The change to better dental care, she said, has been fast, although there is still a way to go.

Similarly, a school in Saskatchewan, with a poor, Indigenous population, has a tooth-brushing program, said Marcella Ogenchuk of the College of Nursing at the University of Saskatchewan.

The school has, among other moves, handed out water bottles to all children: this allows them to drink more and also to rinse out their mouths after they eat—the next best thing to brushing their teeth.