“The mental health system in Nunavut is an absolute farce” 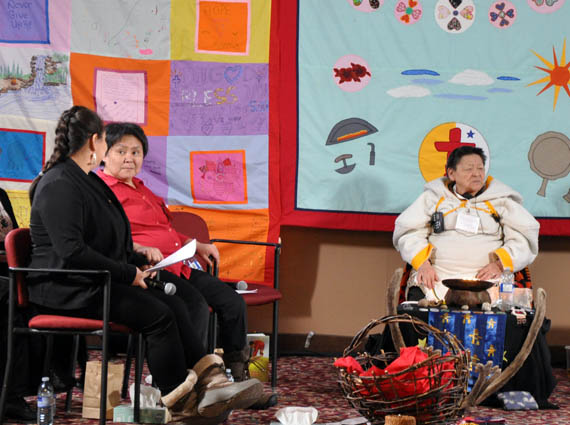 Susan Enuaraq and her daughter Killaq Enuaraq-Strauss, at left, prepare to testify before the National Inquiry into Missing and Murdered Indigenous Women and Girls on Feb. 21 in Rankin Inlet. (PHOTO BY SARAH ROGERS) 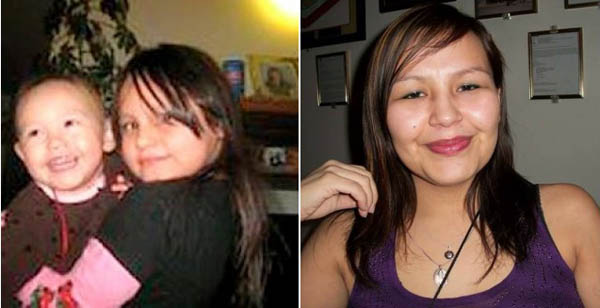 Sula Enuaraq, right, and her daughters, Aliyah and Alexandra, left, were killed in 2011. (HANDOUT PHOTOS)

RANKIN INLET—Nunavut needs more mental health resources and women’s shelters, said the family of an Iqaluit woman and her young daughters who were murdered in 2011.

Sula Enuaraq was 29 when she and her daughters, Alexandra, 7, and Aliyah, 2, were shot and killed by her common-law partner, Sylvain Degrasse, who then took his own life.

Enuaraq’s mother, aunt and cousin talked about the woman’s life and the impact of her death before the National Inquiry into Missing and Murdered Indigenous Women and Girls, which is hosting hearings in Rankin Inlet this week.

Enuaraq’s mother Micah Arreak, her aunt Susan Enuaraq and cousin Killaq Enuaraq-Strauss all told the commission that the woman was a victim of abuse for many years.

Family members reported that, in the days leading up to Enuaraq’s death, she tried to get into the Qimaavik women’s shelter in Iqaluit, but was turned away because the facility was full.

Enuaraq-Strauss told the commission it’s not a surprise that Enuaraq stayed in an abusive relationship.

“Because it so normalized to stay quiet,” she said on Wednesday, Feb. 21.

“Until we start consciously opening about inter-generational trauma and abuse, it will continue every day.”

But both Enuaraq-Strauss and her mother Susan have sought mental health support and treatment in Nunavut, with limited success.

Both have dealt with a revolving door of specialists in the territory, which eventually forced them to go south for treatment.

“The mental health system in Nunavut is an absolute farce,” Susan Enuaraq told the commission Feb. 21.

She also wondered why there are so few safe shelters for women at risk—like her niece—and why a shelter like Qimaavik has to re-apply for funding every year.

Sula’s mother, Micah Arreak, focused her Feb. 20 testimony on the way she and her family were treated in the hours and days following her daughter and granddaughters’ deaths.

“The murder of my daughter was immediately broadcast over the radio,” said Arreak, who was home in Pond Inlet at the time. “That causes a lot of pain when you find out about the death of your own child via media.”

Arreak recommended the RCMP have an Inuktitut-speaking staffer whose role it would be to reach families members to inform them of difficult news.

Enuaraq-Strauss said institutions like the RCMP could benefit from mandatory cultural sensitivity training for its officers and staff in Nunavut.

“Please, don’t let this inquiry become another broken promise by the government,” she told commissioners.