“I am ready to hit the ground running” 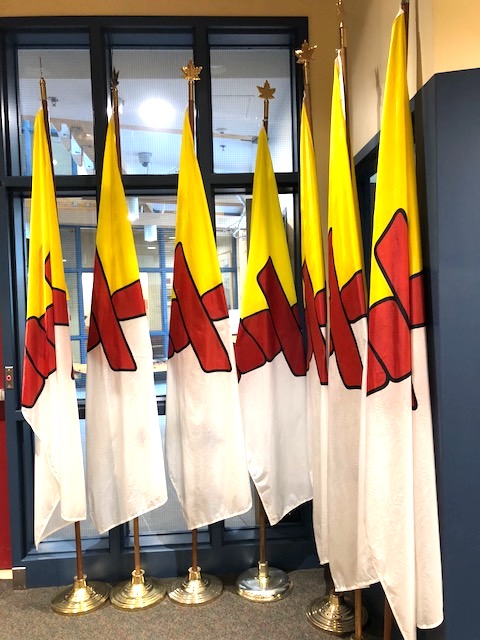 Nunavut’s new premier, Joe Savikataaq, continued to fill out his office, with the appointment of Virginia Mearns as principal secretary, which becomes effective on July 3.

“I am thrilled that Ms. Mearns has accepted this position. Her collaborative style and dedication to support Inuit employment in the public service are great assets to this office,” Savikataaq said in a Wednesday news release.

A principal secretary serves as chief of staff and political advisor to the premier.

Since 2014, Mearns has served as associate deputy minister of the Department of Executive and Intergovernmental Affairs, where she oversaw strategic planning and direction for the Government of Nunavut.

Previous to that, she was the chief operating officer at Nunavut Tunngavik Inc.

The job of press secretary, which former premier Paul Quassa had filled with a new employee just last week, will now be filled by Cate Macleod, until recently the GN’s director of communications.

“Now that my office is fully staffed, I am ready to hit the ground running. Together, we will work hard for Nunavummiut and are excited to engage with all our partners and stakeholders to ensure we accomplish our mandate,” said Premier Savikataaq, who announced portfolio shuffles in his cabinet on June 14.

Earlier this week, Savikataaq announced the appointment of Simon Awa as chief negotiator for the devolution file. Quassa, in one of his final acts as premier, named former premier Okalik to the job, just days before Quassa’s ousting from his position in a non-confidence vote.