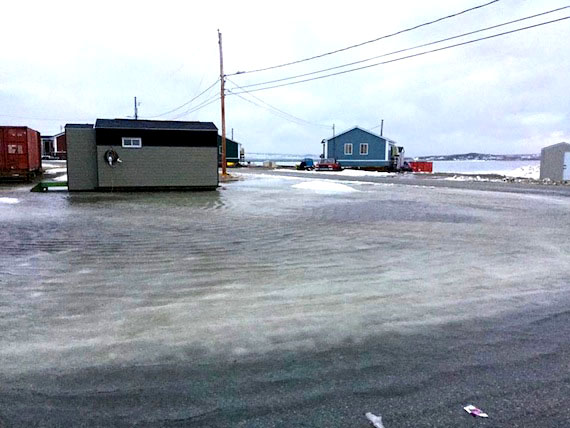 A view of Inukjuak, a community of about 1,700 people on Nunavik’s Hudson Bay coast. Quebec’s police watchdog, the Bureau des enquêtes indépendantes, sent six investigators to Inukjuak who are due to arrive at around noon today, March 17. They’ll investigate the death of a 44-year-old man whose spousal partner had given a statement to police about domestic abuse. (FILE PHOTO)

Quebec’s independent police watchdog sent six investigators to Inukjuak today to look into an incident in which a man was found dead one day after the Kativik Regional Police handled a domestic abuse complaint from the deceased man’s partner.

The man, 44, was found dead inside the couple’s home yesterday, Friday, March 16.

On the previous evening, March 15, the KRPF had started looking into a domestic violence complaint from the man’s bruised and bloodied partner.

The investigators were due to arrive at around noon today in Inukjuak, a community on the Hudson Bay coast of Nunavik with a population of about 1,700 people.

In a release issued late last evening, the Bureau des enquêtes indépendantes, which investigates deaths and injuries that occur around police interventions, said they have been given the following preliminary information.

• A woman had taken refuge in a residence other than her own.

• When the KRPF officers arrived, they noticed the woman had a swollen eye, a bloody mouth and was “very intoxicated.”

• Because she spoke neither English nor French, it was impossible for the KRPF officers to take a statement from her. They brought her to the local health centre.

• KRPF officers went to the couple’s home, where they found a man lying with his head and torso on a piece of furniture. Police tried unsuccessfully to wake him up and then left.

• On March 16, the police obtained a statement from the woman.

• Also on March 16, a KRPF officer returned to the couple’s home and found the man in the same position they had found him in on the the previous day.

The BEI cautioned that their investigation will determine whether the above information is accurate, their news release said.

In accordance with the bureau’s operational mandate, the bureau has asked the Sûreté du Québec, the provincial police force, to act as a supporting police force in the investigation.

The SQ has provided a forensic technician who will work under the supervision of bureau investigators.

No other information is currently available, the BEI release said.

The bureau is also investigating four other police-involved violent deaths in Nunavik:

• The death of another man in Inukjuak.