First step is to establish the gravity of the incident 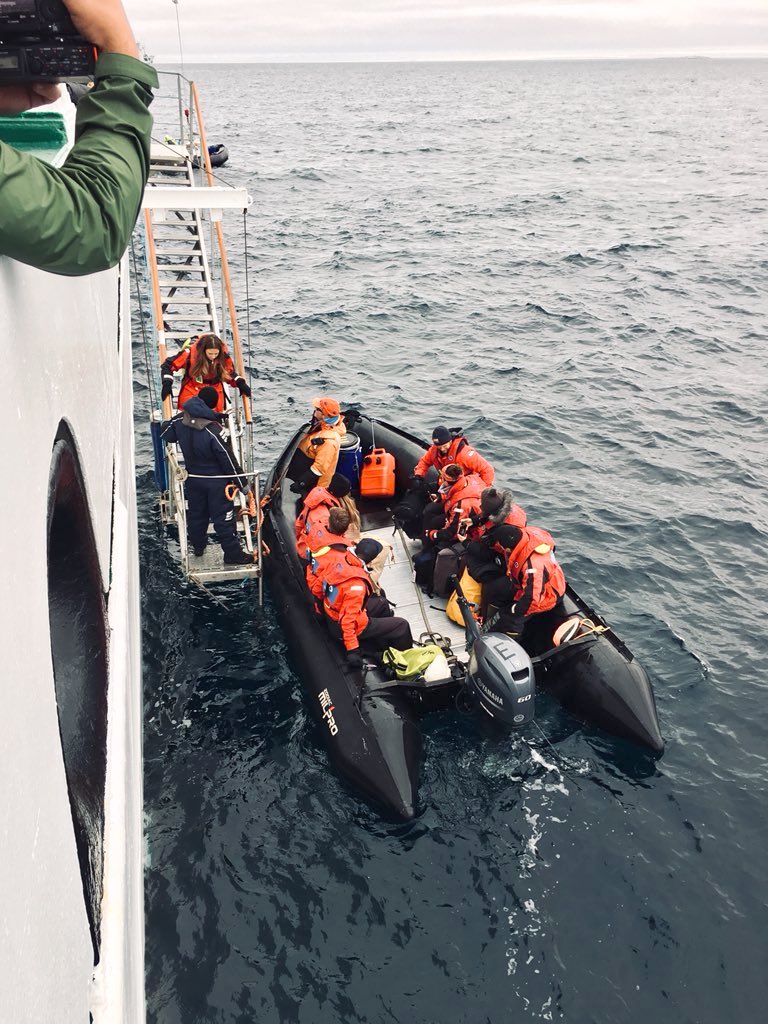 Passengers on board the Akademik Ioffe leave the ship on Aug. 25. The Transportation Safety Board is now looking into the circumstances around the cruise ship’s grounding on Aug. 24, about 80 nautical miles north of the Nunavut community of Kugaaruk. (PHOTO @OCEANSENSING/TWITTER)

Investigators from the Transportation Safety Board of Canada left yesterday for Kugaaruk where they will start looking at the circumstances around last Friday’s grounding of the Akademik Ioffe.

The two investigators, one from Vancouver, and the other from Quebec, will gather information to assess the seriousness of the grounding, Chris Krepski, TSB media spokesperson, said on Monday.

It could take more than a year for the TSB report to be completed, depending on how investigators assess the grounding incident, which prompted an evacuation of the cruise ship passengers and left the ship damaged at anchor.

Investigators will interview crew members of the Russian-owned vessel, who are still on board the ship, 80 nautical miles north of Kugaaruk.

They will also examine the vessel and the information contained in the so-called black box that recorded the ship’s last movements before the grounding took place at about 2 p.m. on Aug. 24.

While the Akademik Ioffe has been refloated, it has not yet moved from the scene of the incident.

For their assessment of the Akademik Ioffe grounding, investigators will look at such issues as the potential for new safety lessons, reduction of risks in the transportation system and the probability of similar occurrences in the future that may result in adverse consequences.

To assess the severity of the consequences of this event, they will consider the number of lives at risk, the possible environmental impact and whether this occurrence “shed new light on an old problem.”

TSB’s investigators will rank the seriousness of the event using a five-point scale. If the Akademik Ioffe grounding is ranked as a Class 3 occurrence, new safety lessons will be identified to reduce risks to people, property or the environment.

The report for a Class 3 occurrence would be up to 30 pages and would take 450 days to produce.