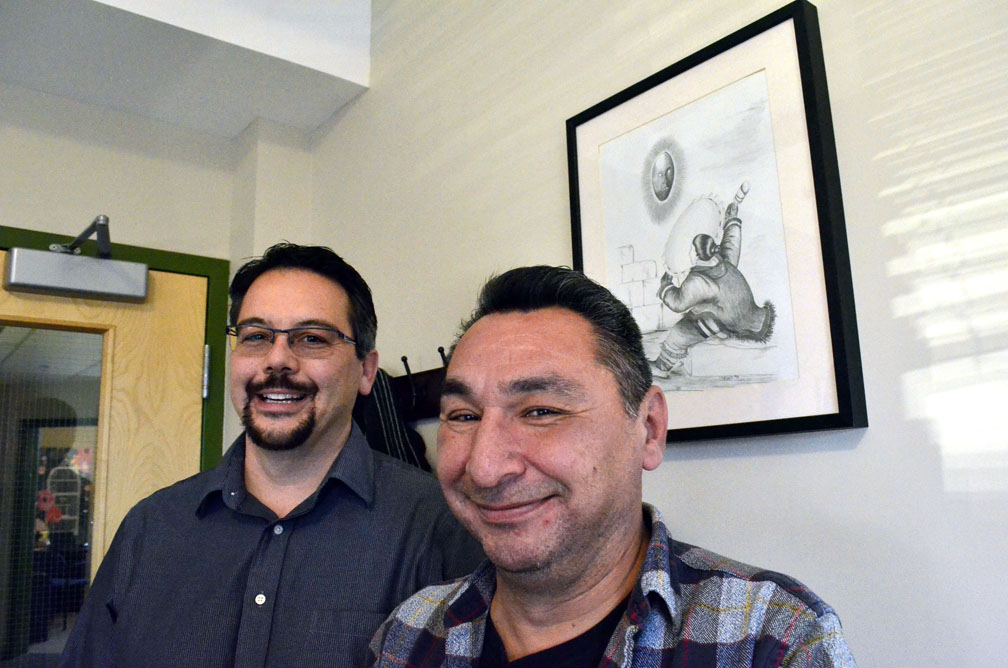 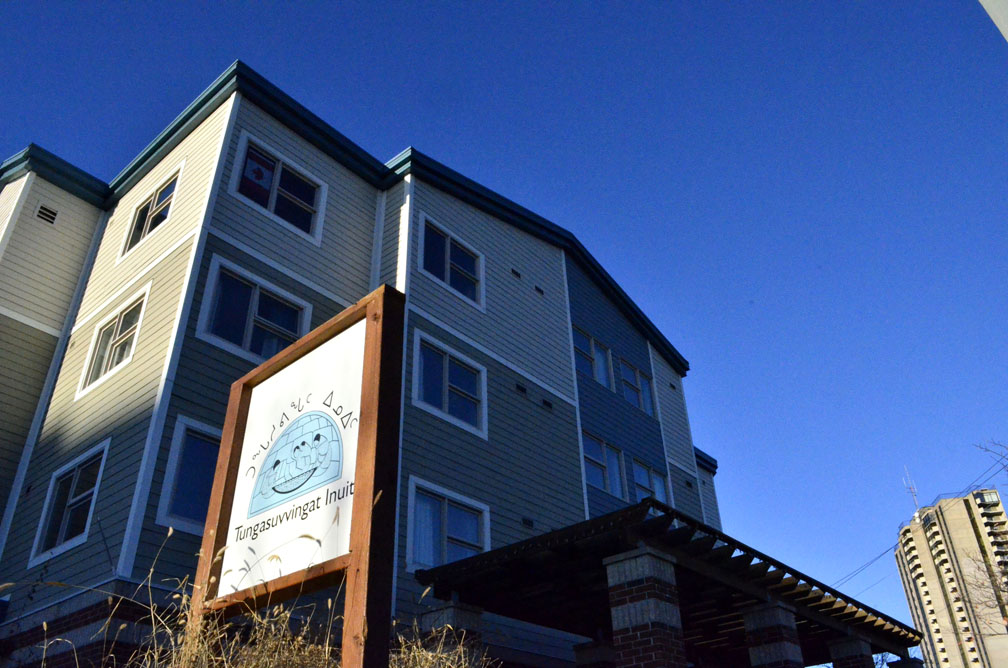 Tungasuvvingat Inuit’s head office at 1071 Richmond Rd. in Ottawa: Late last month in Toronto, the Ontario Inuit organization signed what could prove to be a groundbreaking agreement that formalizes its role in delivering Inuit-specific programs to Inuit living in Ontario. That will include work aimed at improving educational outcomes and well-being for Inuit students within the provincial public school system. (PHOTO BY JIM BELL)

OTTAWA—By September 2018, all Grade 4 to Grade 10 students at Ontario public schools will learn about Inuit history and culture through a program that’s just one of many to gain a big boost from a five-year agreement that Tungasuvvingat Inuit signed Monday, Nov. 27, in Toronto with Mitzie Hunter, Ontario’s education minister.

Headquartered in Ottawa, TI, which marked its 30th anniversary this year, is now recognized by the province as an Ontario-wide service provider for Inuit, “prominent within the framework of national Inuit organizations.”

TI’s deal with the province, styled as a memorandum of understanding, also calls on Ontario to work with TI on efforts aimed at:

• Improving the wellbeing of Inuit students and their families.

• Protecting and promoting the culture, identity and heritage of Inuit living in Ontario.

All that is part of an Ontario government policy, released in May 2016, called Journey Together, which represents the province’s response to the Truth and Reconciliation Commission’s 94 calls to action.

“We’re really proud of the fact that we’ll be doing half a million dollars of work towards designing and creating new curriculum for the Ontario school system with an Inuit history perspective in an accurate way,” said Jason LeBlanc, TI’s executive director.

That new mandatory curriculum, to be offered through social studies and history courses, will also include First Nations and Métis material and will reach an estimated two million students in Ontario, said Qauyisaq Etitiq, TI’s education policy adviser.

Etitiq said the Inuit curriculum material will cover the experience of Inuit in residential schools, as well as general Inuit history and world view perspectives.

“They made room for us to become part of this and to be able to submit curriculum proposals to them. There’s a lot of Inuit history that is out there and that is not in any textbooks,” Etitiq said.

He’s part of a team of four people working on the Inuit curriculum materials. Other members of the team include an Inuk teacher certified by the Ontario College of Teachers and a professor of Canadian studies at Carleton University.

They also want to solidify their working relationship with the Ministry of Education to find ways of helping Ontario Inuit students succeed within provincial schools.

“Part of our relationship [with Ontario] was through many transfer agreements, so we were being asked to participate in so many areas, whether it was curriculum, whether it was with educators, with students, with language symposiums, with ministers’ advisory tables,” LeBlanc said.

But until now, TI was doing much of that work without the resources available to First Nations and Métis representatives. They told the province that to participate on behalf of Ontario Inuit, they need more capacity.

“We’re showing up at tables with First Nations and Métis stakeholders and they have people paid to do this work,” LeBlanc said.

The MOU signed last week recognizes TI as the “primary model for Inuit-specific delivery” in Ontario and formalizes its relationship with the province.

To that end, TI has already begun work on other efforts aimed at providing more support to Inuit students in Ontario public schools.

Etitiq said they’ve discovered that when Inuit students enter Ontario schools after moving from Inuit Nunangat with their families, it’s often difficult for their teachers to develop education plans for them.

That’s because their northern school records are hard to obtain immediately.

“They’re finding that many of the students, when they start in the Ontario stream, are a bit behind. One of the other issues we’ve heard from the ministry is that the school records don’t make it down for months, so the teachers are doing their own assessments,” Etitiq said.

“We’ve done a research project, we’ve done a literature review, basically. Now, we’re in a survey stage, so we’re surveying parents, students from K to 12. That one is ongoing at the moment and will be completed in the next couple of months,” Etitiq said.

That includes an online survey on Survey Monkey and gatherings in selected cities, including Toronto and Scarborough.

And TI also has a data-sharing agreement with the Ontario Ministry of Education, in which they see the test scores for all self-identified Inuit students in Ontario.

“So we advocate for more supports, but our problem is that our numbers are low and we are spread out across the province. It’s not just Ottawa. It’s not just Toronto. We are in many little towns and many little school boards. But the kids still need to self-identify when they’re being registered to get supports,” Etitiq said.

And they need access to language classes and programs, elders’ support and community supports.

“Basically, what we found in the initial research is that cultural continuity is so important to Inuit students’ self-esteem,” Etitiq said.

In recognition of that need, TI is working with the ministry to hire an Inuit language teacher, as a pilot project, for the Ottawa-Carleton School Board.

“The person will be identified later in the year. And probably in September, that person will be able to float around through the schools in the Ottawa area, to be able to teach Inuktitut to students,” Etitiq said.

To start a language class at an Ontario school, the province requires a minimum of 12 students within the same grade.

But because of the comparatively low numbers of Inuit spread thinly across the province, numbers like that are hard to find.

And this is compounded by Statistics Canada census figures that, in the opinion of many, wildly undercount the number of Inuit living in Ottawa and other areas outside Inuit Nunangat.

Last month, a Statscan report based on the 2016 census said that only 1,280 Inuit live in Ottawa. That’s an estimate that few accept as accurate.

“We have a lot of work to do, because that census is still inaccurate. I wouldn’t be surprised if there were upwards of 10,000 Inuit in Ontario,” LeBlanc said.

CBC Ottawa, in a story broadcast and published online this past Nov. 12, quoted agencies, such as the Akausivik Inuit Family Health Team, who estimate the number of Inuit living in Ottawa could be as high as 6,000.

But set against the many tens of thousands of First Nations and Métis in Ontario, the Inuit population of Ontario is still tiny: the Ministry of Indigenous Relations and Reconciliation estimates the total Indigenous population in Ontario at about 300,000.

TI’s MOU with Ontario is in effect for five years, unless it’s superseded by a subsequent agreement.