The waters of the High Arctic abound in jellyfish 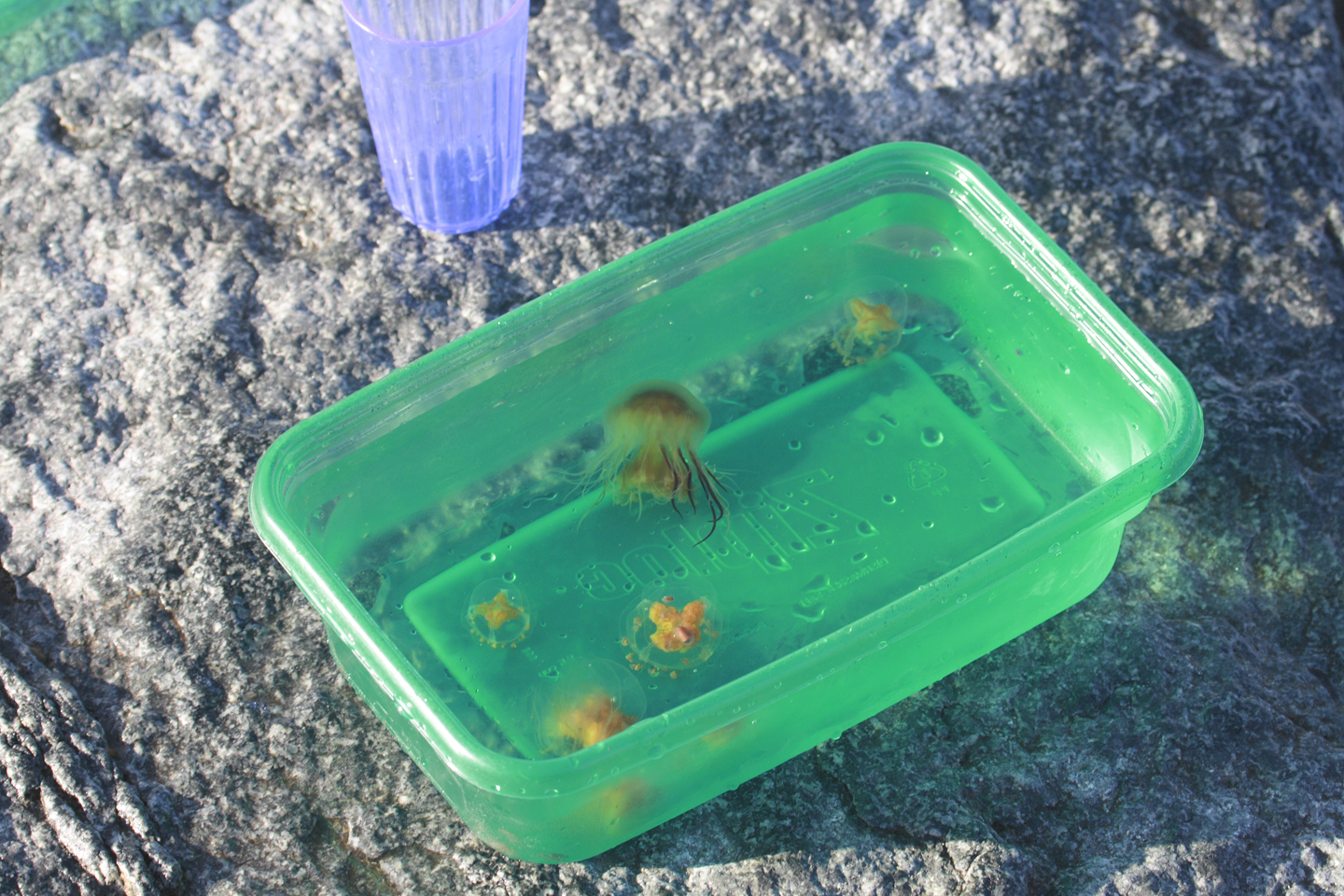 A container of jellyfish gathered in Victor Bay awaits a closer look.
(PHOTO BY CLARE KINES) 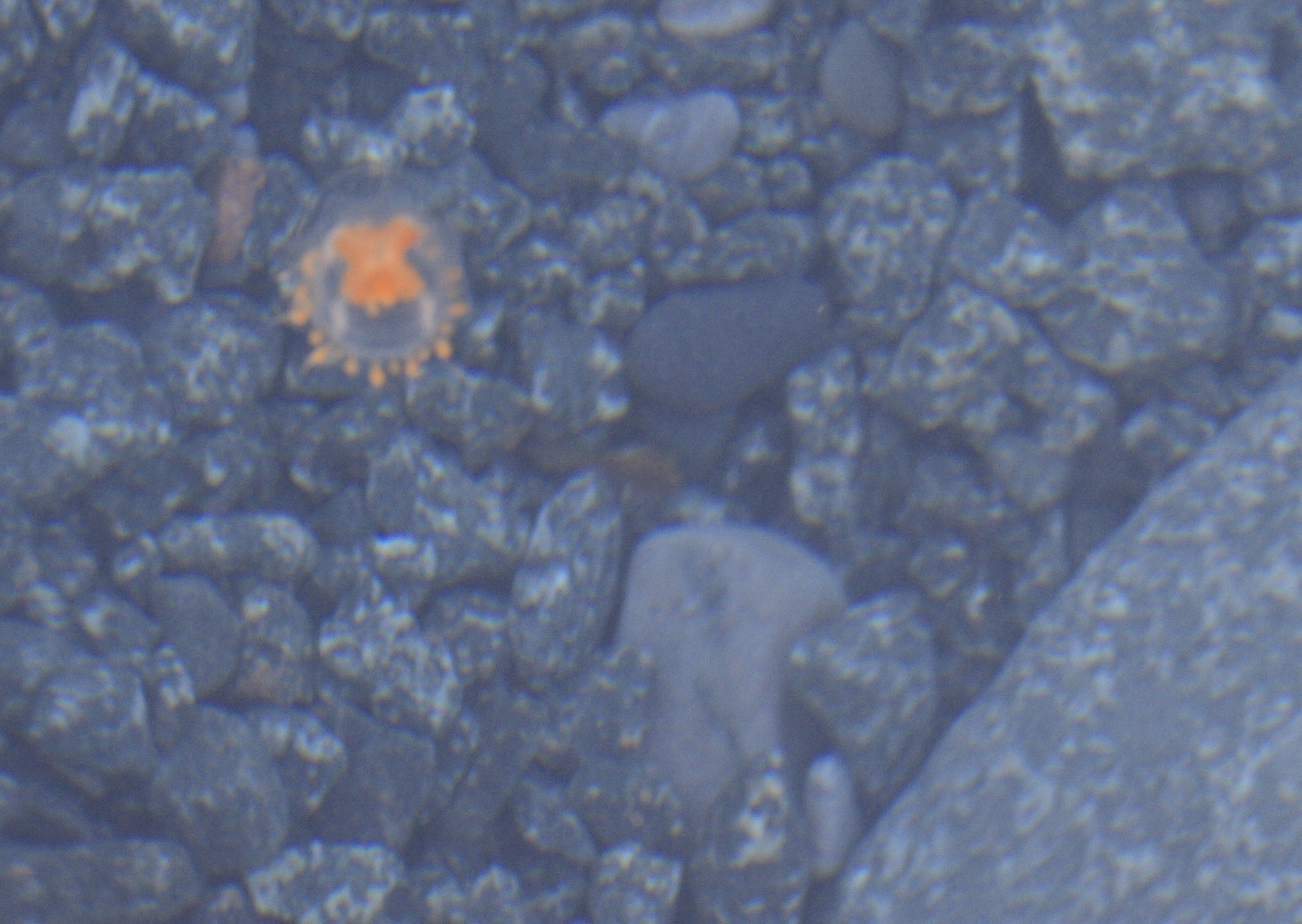 :A day-glo coloured jellyfish swims in the waters of Victor Bay. (PHOTO BY CLARE KINES) 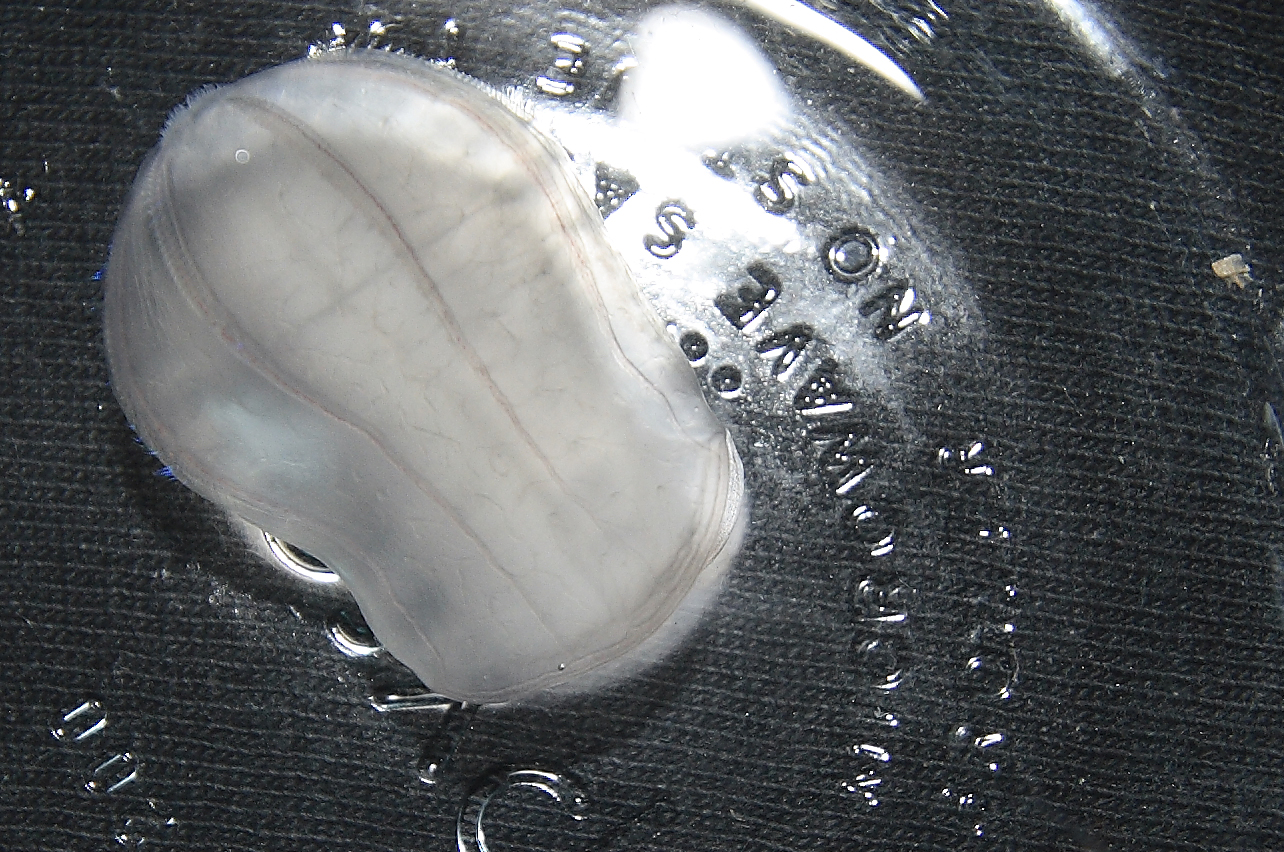 A comb jellyfish reveals a hint of iridescence along one of the rows of cilia that it uses to propel itself. (PHOTO BY CLARE KINES)

My seven-year old is looking for jellyfish in the Arctic Ocean, and he’s just spotted one he hasn’t seen before.

It’s one of the last beautiful fall days of this season in the High Arctic, and, without a breath of wind, the ocean is dead calm, providing the perfect conditions for finding the delicate sea creatures.

The last time we had been over to Victor Bay, on the far northern coast of Baffin Island near Arctic Bay, when it had been just this calm, we were startled see jellyfish in these cold waters.

The jellyfish we found during this visit included the comb jellyfish, a jellyfish that preys on other jellyfish and carries on its own lightshow.

The comb jellyfish produces light, called bioluminescence, which can only be seen in the dark.

But, even in bright sunlight, the eight rows of its tentacle-like filaments or cilia, which propel the creature along, appeared to reflect and refract light.

So we saw a multi-coloured lightshow pulsing along the body of the jellyfish.

This time Travis finds another kind of jellyfish, a transparent double bell, with an orange fuzzy interior.

As we catch it, we begin to see more and more “jellies,” and end up with at least four different kinds, collecting them in a blueberry-picking container.

Soon we’re running up and down the shore, looking for jellies close enough to reach. Even Travis’ grandparents, Paul and Tootalik Ejangiaq, who happen to come along, start to look for more.

And what kinds of jellyfish did we find?

There were the comb jellyfish — not as many as during the earlier outing, but they were generally larger, a couple of inches or more.

We also found a couple of small, clear jellies, with four tentacles, which are possibly aeginopsis laurentii.

Clear and small, and hard to find in the container, they’re even harder to photograph.

The bell-shaped one with the orange interior, the most plentiful, looked like the cold-loving perigonimus arctica, although there were enough differences between some of them that they could be from more than one species.

The last jellyfish — and the largest with about a three- inch diameter — was a lion’s mane jellyfish. These jellyfish can even reach a diameter of more than seven feet in the Arctic.

The largest recorded specimen had tentacles that were 120 feet long, longer than a blue whale.

A beautiful creature, it can apparently deliver a painful sting.

When this giant jelly is hungry, it stalks, pursues, catches, kills and consumes fish, plankton, and even other jellies.

Once home we discovered other zooplankton, or tiny micro-organisms, in our container, incidental catches from this rich ocean.

In the mix there were also some tiny organisms called copepods and amphipods. A close look revealed a couple of unusual amphipods inside a pergonimus jellyfish.

These amphipods feature large bulgy eyes, and a little research shows they are from the genus hyperia, the big-eyed amphipods, which are parasites of the jellies.

Amazing at it sounds, these creatures are the first links in the food web up here, and key to sustaining life in the Arctic waters, where they are food supply for fish and marine mammals.

Many people in Arctic Bay seemed quite surprised to learn that jellyfish even exist, although there is an Inuktitut name for them— nuvaqqiq.

Although jellyfish are considered a delicacy in some Asian countries, they’re not on the list of foods commonly eaten in this community.

So what did my Travis learn during our jelly-hunt?

Well, he knows now that these tiny jellyfish are part of a bowhead whale’s diet, but he says he’s more interested in the adventure that he finds searching for, collecting, and then releasing these little lives from a great big ocean.

And what about the jellies? They will spend the winter doing what they do, usually at great depths under the ice.

Clare Kines lives with his family where he writes a blog called “The House” at kiggavik.typepad.com.