Second doses of the Moderna vaccine could be delayed until March or April, health board says 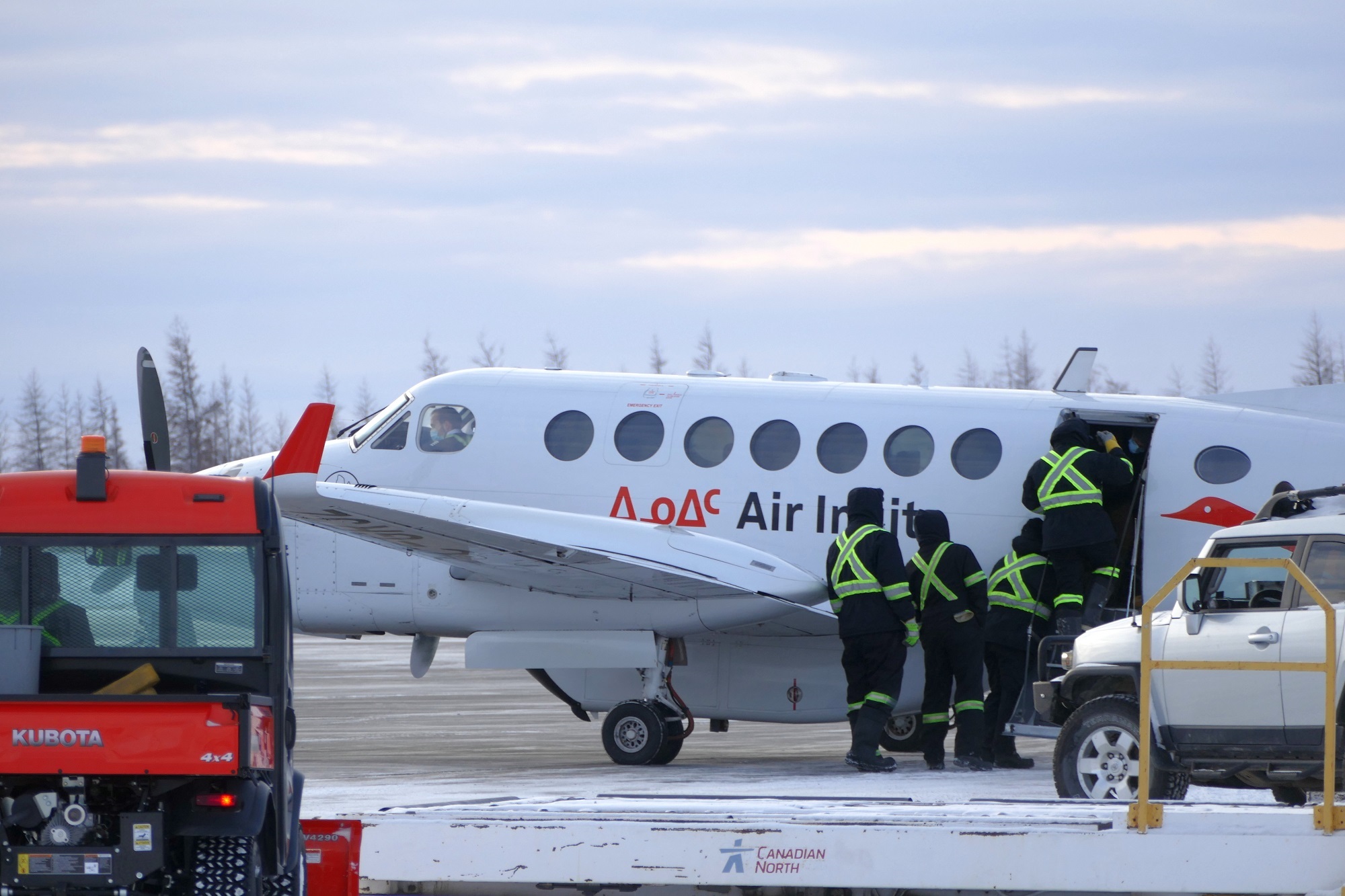 The first shipment of Moderna’s COVID-19 vaccines arrived in Kuujjuaq on Jan. 16. A second batch of 5,000 doses is set to arrive on Feb. 7, the region’s health board said. (Photo by Allen Gordon)

Nunavik is expecting a new shipment of 5,000 COVID-19 vaccines this weekend, as the region prepares to launch immunization clinics for the general population next week.

Despite delays to the flow of vaccines into Quebec, Nunavik remains a provincial priority, so it will continue to receive doses of Moderna’s vaccine, said Dr. Marie Rochette, Nunavik’s director of public health.

The Nunavik Regional Board of Health and Social Services has been administering the first shipment of 1,000 vaccines it received in mid-January, targeting elders’ homes, health-care workers and Nunavimmiut at least 70 years old.

The next shipment of 5,000 doses is expected to arrive in Kuujjuaq on Sunday, Feb. 7, to the relief of health officials in the region.

“We were worried; we had to stop advertising the next stage of our vaccination clinics,” Rochette said. “So this is very good news.”

“And now, we’re beginning the rollout for the general population,” she said.

Next week, the health board will launch general vaccination clinics in six communities: Aupaluk, Ivujivik, Kuujjuaq, Puvirnituq, Salluit and Umiujaq.

Those communities were chosen due to the availability of nursing staff and an appropriate venue to host immunization clinics, Rochette said. You can see a complete schedule of vaccination clinics by community in the table below.

And Nunavik health care workers have already begun vaccinating the general population in Kuujjuaraapik with the last doses from its first batch of vaccines. The community was prioritized due to concerns about the community transmission of COVID-19 in neighbouring Whapmagoostui.

The health board plans to run immunization clinics in all 14 Nunavik communities by the end of February, Rochette said.

Nunavik remains on track to meet its goal of having 75 per cent of the region’s adult population receive their first dose of the vaccine by March, she said.

Nunavik will need about 9,000 doses to vaccinate its adult population.

“It’s difficult to figure out how many people will come to get vaccinated in the next campaign,” Rochette said.

“We have heard some information that the vaccine was well-accepted [in certain communities] and other places where it was more difficult,” she said.

The health board also plans to offer the vaccine to workers in the region, she said.

Many Nunavimmiut have asked health-care workers if they have the option of being vaccinated at a later date, Rochette said, if they’re unable or unwilling to be immunized right now.

Community health centres will try and hold on to doses for latecomers, she said, but the best way for people to ensure they will be immunized is to be vaccinated as soon as it’s made available.

The impact of vaccine shortages at the provincial level has forced Quebec to delay the distribution of a second dose, a move that will be felt in Nunavik too.

Moderna recommends a second dose be given four weeks after the first one is administered, while the World Health Organization recommends a six-week span.

But provincial health officials have decided to delay that second dose up to 90 days, so that the greatest number of Quebecers can get their first vaccine.

In Nunavik, Rochette has said second doses should be available to Nunavimmiut by March or April.

“We are working within [the government’s] parameters,” she said. “We’ve asked them to have those second doses as soon as they’re available.

“It seems that the protection is quite good after one dose,” she added. “We don’t think it’s a big issue for Nunavik right now.”

Benoît Mâsse, a public health researcher at the Université du Montréal, sat on a Quebec committee that helped advise and draft the government’s list of priority regions to receive the vaccines.

Mâsse said right now there isn’t enough data to understand the impact of a delayed second dose, particularly on a remote region like Nunavik.

But he said it’s not uncommon for health authorities to adjust vaccination schedules to suit their own circumstances.

“I’m OK with this strategy, because we’re still seeing a lot of community transmission [of COVID-19] and we’re trying to vaccinate the greatest number of people to start,” he said.

“If you give me two doses of the vaccination right now, and I have two patients over 80, do I vaccinate one and keep a second dose, or do I vaccinate both to start? In the latter case, I can offer them both some protection.”

“Yes, there are potential risks that the efficacy of the vaccines wanes after seven or eight weeks,” Mâsse said. “But maybe by then we’ll be seeing much less community transmission.” 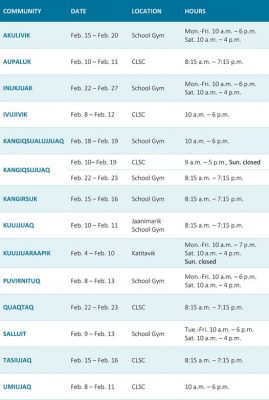 A schedule of Nunavik’s vaccination clinics by date and community. (Courtesy of NRBHSS)