Arctic food: window to the past, key to the future 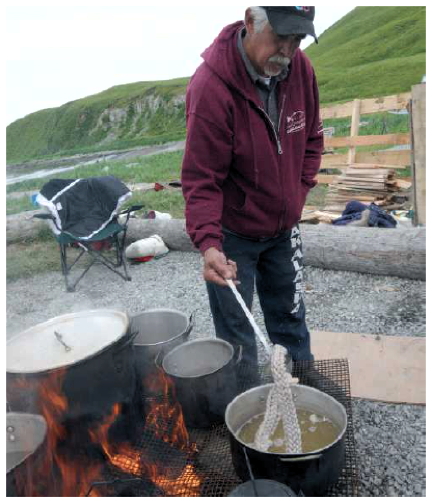 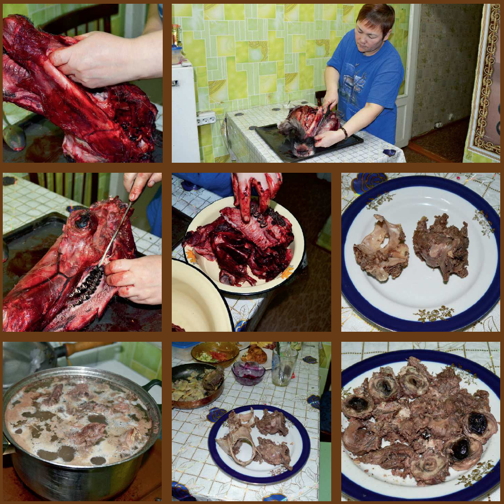 How about some reindeer eye soup?

Perhaps you’re not hungry and if that’s the case, you could always put your reindeer meat in the animal’s stomach and leave it there for months.

Circumpolar peoples have been fishing, hunting, slaughtering, preparing and preserving wild food, safely and nutritiously, for generations, using ancient techniques passed down through families and communities.

While southern and urban peoples might consider them unappetizing or exotic, those practices sometimes meant the difference between life and death for Arctic peoples. And circumpolar food culture might be one of the keys to ensuring Indigenous northern peoples survive into the future.

The Arctic Council thinks so, which is why they have gathered that information into a book called, “Food, Knowledge and How we Have Thrived on the Margins,” a compendium of recipes, food preparation techniques, photographs, traditional knowledge and advocacy.

“We must continue to make use of this knowledge, the lessons learned from our stories, and follow the taboos, imperatives and guiding principles found within. These elements hold powerful lessons about how our food systems can sustain us over thousands of years,” the book says.

“The Arctic is changing in ways unprecedented in our long histories in the north, challenging our traditional ways of life, our wellbeing, our food security and food sovereignty. The combination of these rapid changes occurring simultaneously constitutes a legitimate concern for the future of traditional Indigenous livelihoods and peoples.”

The book, produced by EALLU, the Arctic Council’s Sustainable Development Working Group, was released at the Council’s ministerial meeting in Fairbanks, Alaska, in May.

EALLU, a Sámi word that translates into English as “herd,” was tasked with investigating reindeer herders’ food culture “through the lens of traditional knowledge, adaptation to climate change and youth.”

The 162-page book is chock full of stunning photographs, helpful knowledge and recipes you won’t find in the Joy of Cooking. Members of EALLU believe this might be the first attempt to present, in one book, “an overview of the culinary world of the Arctic Indigenous Peoples.”

“This is not ‘Traditional Knowledge’ constructed in the form of a declaration or political statement,” the book says.

“This is ancient knowledge enacted in the everyday. In some regions of the Arctic… life today would not be possible without this everyday reality of slaughtering, preparing and storing foods in the traditional way.”

Separated into chapters which explore the circumpolar regions and 15 different Indigenous peoples who live there, the book explains the many practices and taboos those cultures followed for sustainable local harvesting—some of them unique, but many of them similar or shared.

For example, many peoples who eat reindeer and caribou around the Arctic refrain from eating the tip of the animal’s tongue. There are various explanations, the book notes, mostly connected to the negative behaviours associated with those who indulge.

Variations in flavouring and preserving meats often reflect what ingredients and resources are available. For instance, southern Sámi tend to smoke and then dry their meat because they have access to firewood.

The efficiencies, described in the book in great detail, are a marvel on their own—not only in how Arctic peoples traditionally used as many parts of the animal as possible, but in what they did with those parts.

When slaughtering reindeer, the Nenets of Russia remove the stomach, empty out the contents and wash it well with water and then slice up reindeer meat and store it inside the stomach. This is done just before the first frost and the meat inside can apparently last up to eight months.

The Scandinavian Sámi use the spleen as “food training” for babies because it’s easy for babies to suck on. The Sámi also make a special soup called kholodets, using reindeer hooves and tongues.

The Koryak, who live north of the Kamchatka Peninsula in eastern Russia, make a ritual sausage called zezjat, made from a reindeer’s third stomach, which contains boiled bone fat from the broken leg bones.

The Evenki peoples of Mongolia, who straddle Russia and China, make blood sausage with reindeer intestines and their Russia neighbours, the Dolgan, even eat grilled reindeer antlers—if they still have their velvet.

Most circumpolar consumers of reindeer and caribou preserve the animal’s blood to make soup and sausage. The Evenki cut the surface of the blood in a bowl as it coagulates and then squish the coagulated parts with their hands to avoid too much thickening.

Then they allow the blood to sit for hours as it separates into plasma on top which they sometimes use to make a light blood sausage, a middle layer, which they consider the most healthy and flavourful, and a thick bottom layer which they boil up for their dogs.

Some Inuit near Inuvik and Tuktoyaktuk are also reindeer herders, but they have other traditional recipes in the book, such as braided seal intestine and jellied meat, sometimes called head cheese in other cultures, made from sea lion flippers.

“Our traditional ways of life, such as herding, hunting, fishing and gathering are defining activities of who we are as peoples, and constitute a core of our cultures,” the book’s authors say.

You can find the book on the Arctic Council’s website here.

What’s your favourite traditional food practice or recipe? Send your thoughts to lisag@nunatsiaq.com and we’ll publish a collection of your responses.