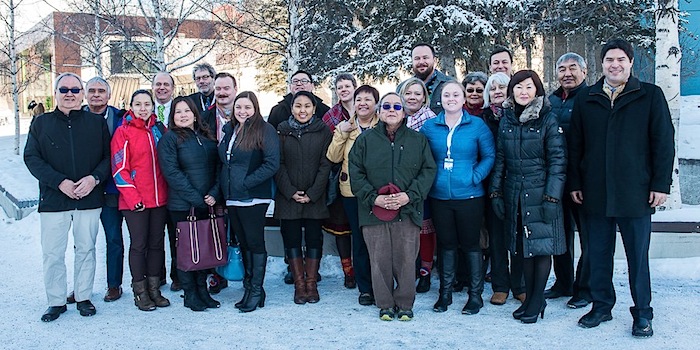 Senior Arctic Officials from the eight Arctic Council member States, and the six Permanent Participant organizations representing indigenous peoples of the Arctic pose in Fairbanks, Alaska where they met March 15 to 17, (PHOTO COURTESY OF THE ARCTIC COUNCIL) 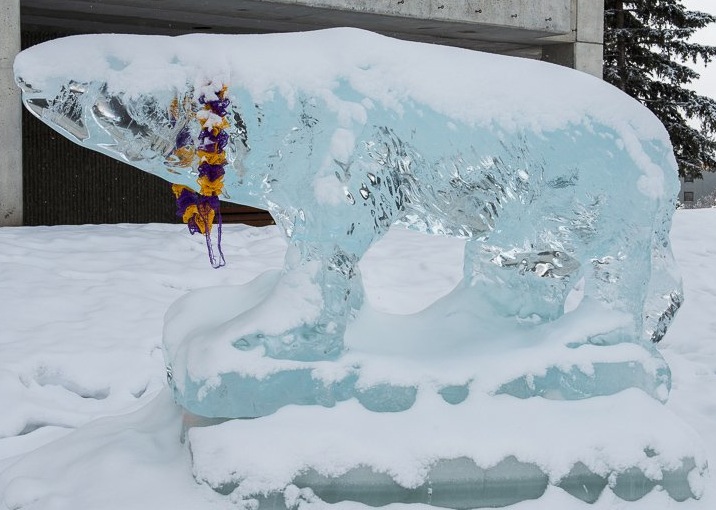 An icy University of Alaska Fairbanks bear sports a spring break lei during this past week’s Arctic Science Summit Week that took place on its campus. (PHOTO COURTESY OF THE ARCTIC COUNCIL)

Climate change and circumpolar health: these were among the top issues discussed by senior arctic officials, meeting this past week in Fairbanks, Alaska during the larger Arctic Science Summit Week, which attracted more than 1,000 scientists, government officials and industry experts.

In Fairbanks, much of the talk between the SAOs and six Indigenous permanent participants focused on the Arctic Council’s work on climate change and building resilience to climate change in Arctic communities.

And, among these projects, the Arctic Council’s “One Health” project stands out.

“Climate change impacts on the Arctic region are rapid and dramatic. For Arctic inhabitants, with deep cultural connection to the environment, the associated health risks to humans, animals and the environment are increasingly apparent in everyday life,” an Arctic Council document says.

“Currently, we lack a full understanding of these risks to humans, animals and the Arctic environment. Now it is the time for a new comprehensive perspective of climate change impacts on Arctic health.”

The “One Health” project will see specialists from circumpolar nations and Indigenous groups evaluating those climate-driven health risks and providing community-based strategies to identify, prevent and adapt to those health risks in human, animals and environment.

Those at the Fairbanks meeting also discussed the Arctic Council’s work on oil and gas in the Arctic, such as efforts to prevent oil pollution in the Arctic marine environment and to reduce black carbon and methane emissions from the oil and gas sector.

They also discussed economic issues in the circumpolar region and links with the Arctic Economic Council and they “acknowledged the continued importance of engaging with Arctic communities, particularly in ensuring the incorporation of traditional and local knowledge,” a March 17 news release about the Fairbanks meeting said.

“We are approaching the half-way point of the U.S. chairmanship, which presents a good chance for the Arctic Council to think seriously about its future directions. The council needs to consider how it can continue to evolve to meet the new challenges of the Arctic, particularly in light of the Paris Agreement on climate change. We took some steps in that direction this week,” David Balton, the SAO chair for the United States, said in the release.

The six Arctic Council working groups when also reported progress on some of their projects agreed on last April when the Arctic Council met in Iqaluit.

• release of a new report on the Arctic freshwater system in a changing climate;

• efforts aimed at preventing the introduction of invasive alien species;

• efforts to support a pan-Arctic network of marine protected areas; and,

Established in 1996, the Arctic Council’s members include Canada, the Kingdom of Denmark, Finland, Iceland, Norway, the Russian Federation, Sweden, and the United States, with six organizations representing Arctic indigenous peoples — the Arctic Athabaskan Council, the Aleut International Association, the Gwich’In Council International, the Inuit Circumpolar Council, the Saami Council and the Russian Association of Indigenous People of the North taking part as Permanent Participants. 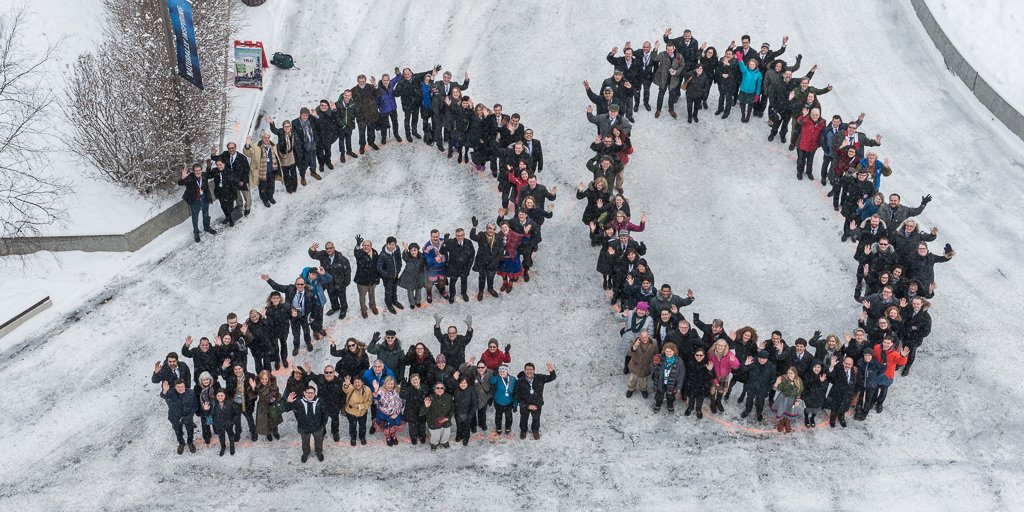 Participants in this past week’s Arctic Council meeting in Fairbanks, Alaska, form the numeral “20” as the circumpolar forum celebrates its 20th anniversary in 2016. (PHOTO COURTESY OF THE ARCTIC COUNCIL)