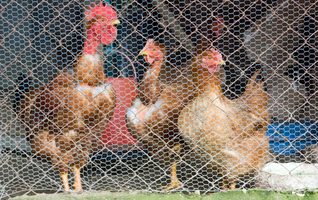 Kuujjuaq’s first egg production facility will open this summer with the delivery of 115 chickens. (EHOW.COM IMAGE)

INUKJUAK — In Nunavik, the chicken will come before the egg.

The Kativik Regional Government’s department of regional and local development has put in an order for 115 egg-laying chickens which will be flown up to Kuujjuaq this summer, KRG councillors heard May 25.

In Kuujjuaq, the local hunter and trappers organization will oversee a heated chicken coop and egg production facility which will sell eggs to the community.

A second coop is being planned for the Hudson Bay community of Akulivik, where coordinators are still working to heat the facility.

It’s not the first time that chickens have been brought to Nunavik to produce eggs — back in the 1990s Ivujivik resident Karl Kristensen operated a chicken coop in that community.

In recent months, the KRG has also secured plans for a portable abattoir, ready to be sent to the Quebec government for approval.

“Right now, this is only an egg-production facility, but those animals are good for about 18 months,” said Adel Yassa, director of regional and local development.

Kuujjuaq, and any other community that decides to launch its own commercial egg production, will need a provincially-approved facility to slaughter the animals, Yassa said.

The stamped plans are available for any promoter who wants to use them, he said.

The KRG has spent the last few years examining different types of food production possibilities for the region as a way to cut down on the cost of shipping southern foods north.

As part of its efforts to launch bio-food projects in Nunavik, the department has helped to launch a greenhouse in Kuujjuaq, with another planned in Salluit, while efforts have also been made to create value added products from berries and fish.

The KRG has also looked at raising rabbits in Salluit although that community has decided against launching the project for now.

In Inukjuak, KRG staff have been working towards the creation of an Arctic char fish hatchery, to help replenish the species in local bodies of water.

“It’s a lot of work,” Tommy Palliser, the KRG’s economic development advisor in Inukjuak, told a meeting of regional councillors May 25.

“But char is becoming more scarce in our area. So if we can get this kick-started, it would be great.”

Makivik Corp. has shown interest in working on the fish hatchery, which will help, given its cost: an estimated $400,000 for start-up and another $200,000 each year to operate.

Nunavik has another fish hatchery — Napukaaliuvik, in Kuujjuaq — which has been in operation since 1999, maintained by the Nayumivik Landholding Corp. and Makivik’s Nunavik Research Centre.