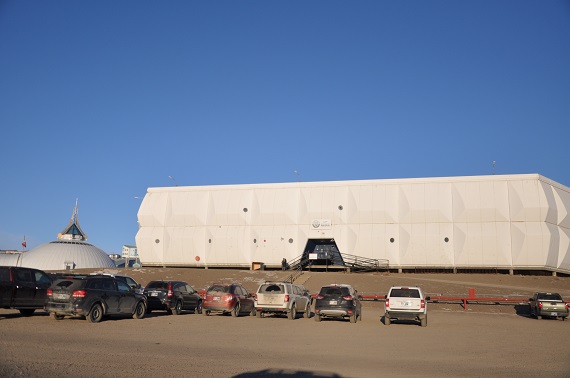 After an acute shortage last summer, there are fewer than 20 teacher vacancies across the territory, Education Minister David Joanasie told the legislature Nov. 2. (PHOTO BY SARAH ROGERS)

Nunavut is still short of teaching positions, but the territorial government’s Department of Education says it has now filled the majority of those vacancies.

As schools started to open in August for the 2018-19 school year, there were more than 60 teaching positions vacant Nunavut-wide, creating delays and staggered schedules in some classrooms.

But now there are fewer than 20 vacancies across the territory, Education Minister David Joanasie told the legislature Nov. 2.

“[That] means for every two schools in Nunavut there is only one vacancy,” Joanasie said in a minister’s statement Friday morning.

“Although I would prefer to see this number at zero, I would like to thank my department for all of their efforts made in recruiting teachers to Nunavut.

While Nunavut’s schools deal with teacher vacancies year-to-year, the GN said hiring is particularly challenging this year with a shortage felt across the country, coupled with rising school enrolments and a high number of teacher retirements in recent years.

But Joanasie said there should be more Nunavut teachers entering the labour force in the years to come: Nunavut Arctic College’s own Teacher Education Program, or NTEP, has reported the highest enrolment this year in the program’s history, with 93 students.

NTEP runs in conjunction with the University of Regina’s faculty of education, and offers students a Bachelor of Education.

Among those 93 students enroled in the program this year, Joanasie said 90 of them are Nunavut Inuit, and they come from nine different communities across the territory.

Of that group, 23 students are expected to graduate at the end of this academic year.