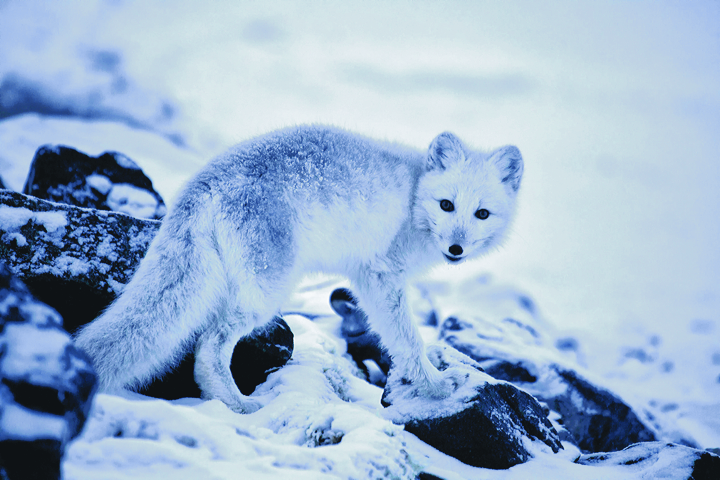 An Arctic fox searches for food along the shoreline near the future Nanisivik naval facility in October 2014. A bump in Nunavut’s fox population has also meant an increase in cases of rabies across the territory this year. (FILE PHOTO)

Health officials in Nunavut are warning residents of Sanikiluaq to be on the lookout for possible cases of rabies.

Foxes suspected to have rabies have recently attacked dogs in the Hudson Bay community of about 900, the Government of Nunavut’s Health Department said in a news release on Tuesday, April 24.

If residents have been bitten or scratched by a dog or a fox in recent weeks, health officials say they should report the incident to the local health centre, where they can be treated.

Residents who see any animals behaving strangely—staggering, frothing at the mouth, choking or making strange noises—should avoid the animal and report it to the local conservation officer at 867-266-8098.

Pet dogs should be kept tied up while outdoors, the GN said, and monitored for any changes in behaviour.

Rabies is common among foxes and wolves in Nunavut and can spread easily to dogs through bites or scratches.

Humans can contract rabies the same way, and even by less direct interaction, like handling or skinning an infected animal if they have cuts on their skin.

The virus then infects the central nervous system, causing a disease in the brain that can be fatal if left untreated.

The cases are linked to an uptick in the Arctic fox population, the GN has said.

That’s because the fox’s prey—the lemming—has seen a population boom across the Arctic, which has resulted in foxes having larger litters.