Jets will operate out of Iqaluit, Yellowknife, Inuvik and Goose Bay 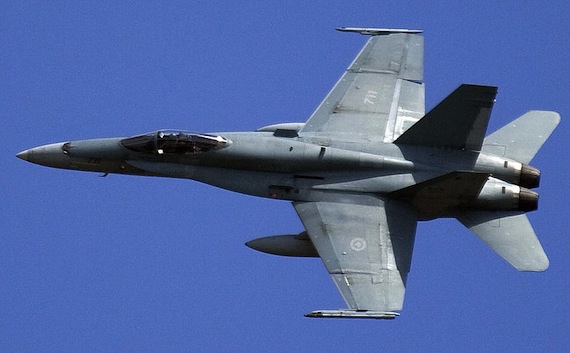 If you hate airplane noise and live in Iqaluit, get ready to use your ear plugs.

The North American Aerospace Defense Command, or NORAD, has launched a training exercise around Canada’s North that will unfold during the first two weeks of April.

Iqaluit is one of the deployment spots for Royal Canadian Air Force aircraft, along with Inuvik and Yellowknife in the Northwest Territories, and Goose Bay in Newfoundland and Labrador.

“Residents in those communities may notice increased flight activity due to the deployment activities and flying operations,” an April 3 Government of Canada news release said.

There’ll be a “combination” of aircraft, including the CF-18 Hornet fighter, CC-130T Hercules and CC-150T Polaris air-to-air refueling aircraft, the release said.

The exercises, which will stretch across various locations in the North, will consist of training flights with help from Nav Canada, the Canadian Air Defence Sector and the Alaskan NORAD Region.

The purpose: “to exercise [the Canadian NORAD Region]’s ability to operate at forward operating locations across the North.”

The training is a routine, “carefully planned” exercise so that NORAD can “deter, detect, and defend against potential threats,” the press release said.

“Exercising our ability to operate at our forward operating locations across the North is crucial to ensuring we are ready to respond at a moment’s notice,” said Major-General Pierre St-Amand, a commander of 1 Canadian Air Division and the NORAD Region.

“NORAD has a great responsibility in its primary mission of aerospace defense of North America,” said Chuck Jacoby, a general for NORAD and the U.S. Northern Command, in the release.

Air exercises are nothing new in Nunavut — last year Canada participated with the United States and Russia in a mock hijacking exercise over polar air space.

That’s an annual “sovereignty operation” in which the Canadian Air Force “asserts Canada’s sovereignty,” practices operating in a remote, cold environment and hopes to improve the way it responds to northern emergencies and other situations.

That operation lasts until May 3.