Many inmates choose to be segregated for safety, Ehaloak says 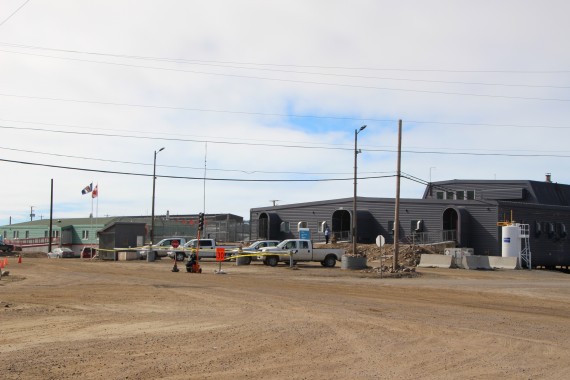 Nunavut jails saw 187 cases of inmate segregation last year for administrative reasons, such as the safety and security of inmates and staff. (PHOTO BY BETH BROWN)

Of 39 Nunavut inmates who were segregated for more than 15 days at a time during the last fiscal year, more than half of those inmates asked to be housed apart from other inmates, Justice Minister Jeannie Ehaloak told MLAs in the legislature last week.

In a minister’s statement on Oct. 24, Ehaloak said she felt it was important to give members an “unbiased” explanation of how segregation is used in Nunavut’s corrections system.

Ehaloak maintained that “segregation,” the preferred term used by Nunavut’s Justice Department, is not the same thing as “solitary confinement,” as defined by minimum standards developed by the United Nations.

Solitary confinement is when a prisoner is kept away from meaningful human contact for more than 22 hours each day, said Ehaloak. That isn’t done in Nunavut, she said.

Instead, inmates at Baffin Correctional Centre in segregation have “continuous meaningful contact with staff, caseworkers, elders, program staff, other inmates, and visitors,” she said.

Segregation placements in Nunavut are reviewed weekly and staff will work with inmates to reintegrate them into a large setting, said Ehaloak.

“The Department of Justice’s use of segregation is well within international norms and best practice in Canada,” Ehaloak said.

All of the 18 inmates who Ehaloak said asked to be segregated fall under what Nunavut corrections calls “administrative segregation.”

Administrative segregation is used to protect the safety of an inmate or corrections staff, or to preserve the security of a building. It’s used when inmates might “jeopardize the management, operation, or security of the correctional centre if housed in a cell outside of the segregation unit,” Ehaloak said.

The BCC has just been repaired following a spring riot that left the jail’s largest unit trashed. Another riot from last fall saw the high-security area of the jail also badly damaged.

A corrections report from 2016-17, tabled by Ehaloak in June, said that only four of Nunavut’s seven jails segregate inmates.

That report also said that some administrative segregation has to do with intermittent sentences that are served at different times.

“In most southern jurisdictions, there are special intermittent units to manage these types of inmates,” the report states. “The lack of these units in Nunavut occasionally results in intermittent inmates serving their weekend sentences in segregation.”

There were eight such cases at the Baffin Correctional Centre in 2016-17.

Disciplinary segregation happens when an inmate is isolated following “internal charges” that happened while an inmate was in jail.