“It does demonstrate the public concern that exists” 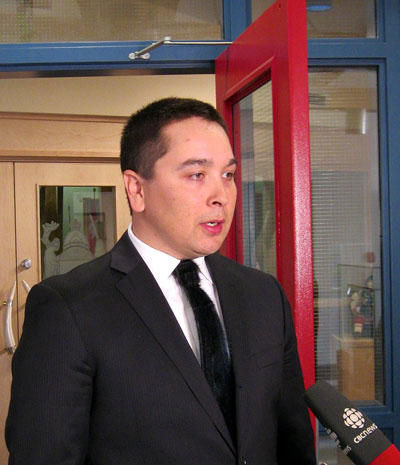 More than 1,200 people are calling on the Government of Nunavut for a full investigation into the 2012 death of a three-month old Cape Dorset baby.

That’s according to a petition that South Baffin MLA David Joanasie tabled May 27 in the Nunavut legislature.

Those who signed the petition include former Nunavut health care professionals, Nunavummiut, people across Canada, and people from as far away as Kazakhstan and South Africa.

“Although this document does not strictly conform to a formal petition… it does demonstrate the public concern that exists with respect to this tragic incident,” Joanasie said when tabling the document.

Joanasie has raised the issue of baby Makibi Akesuk’s death in the last three sittings of the assembly.

He also signed the petition himself.

“The people of Cape Dorset are waiting for answers to questions surrounding the circumstances of this unfortunate tragedy,” he wrote, next to his name.

The online petition, which you can find here, calls for an external investigation into the death of three-month-old Makibi in Cape Dorset in April 2012.

Former Cape Dorset nurse Gwen Slade started the petition, titled “Justice for baby Makibi Akesuk and the courageous nurses who tried to save him,” this past February.

Slade played the role of a whistle-blowing nurse in a CBC story, broadcast last October, which alleged that baby Makibi died because of inaction from another nurse.

Shortly after the online petition was launched, Nunavut’s health minister, Paul Okalik, announced that the GN had contracted Katherine Peterson to conduct an external investigation into the events following the infant’s death.

That investigation is supposed to be completed by the legislature’s 2015 fall sitting, which gets underway in October.

Although Okalik has defended the scope of that review, some have questioned why events leading up to baby Makibi’s death have been purposefully excluded from the examination process.

The events prior to the death of baby Makibi are significant.

The CBC story alleged the baby died after Cape Dorset nurse Debbie McKeown told Makibi’s mother over the phone to bathe her sick infant instead of bringing him into the local health centre.

A GN policy for nurses says that all infants under one year old must be seen in person if the child presents symptoms.

But in a civil action against the body that licenses Nunavut nurses, McKeown has filed documents which counter that allegation.

“I said to [Makibi’s mother] that she should come to the clinic if the baby didn’t settle,” McKeown said in a court affidavit.

McKeown — and Nunavut’s chief coroner Padma Suramala — initially diagnosed the baby’s cause of death as Sudden Infant Death Syndrome. But an autopsy later revealed that the boy died of a treatable lung virus.

Many of the people who signed the online petition offered opinions and observations, both of this specific case and of Nunavut’s health care system in general.

“We need justice for baby Makibi,” a signatory from Ottawa wrote.

“The [Nunavut] Department of Health needs to realize how serious this matter is and to make sure no other infants are turned away,” an Iqaluit resident said on the petition.

“Ask any circle of Inuit in any community whether they have ever felt neglected, intimidated, or discriminated against by the health care system, and the heartbreaking and shocking stories come pouring. Let’s set things right,” another signatory from Iqaluit wrote.

Others said they wanted to support baby Makibi’s family.

“He was so loved and the family was so hurt by his death. Us, the community members, felt the loss of the beautiful baby boy,” someone from Cape Dorset wrote.

“My heart breaks for this family every time I see a picture of this beautiful boy. Then to think it could have been prevented — totally incomprehensible!” a signatory from Whitehorse wrote.