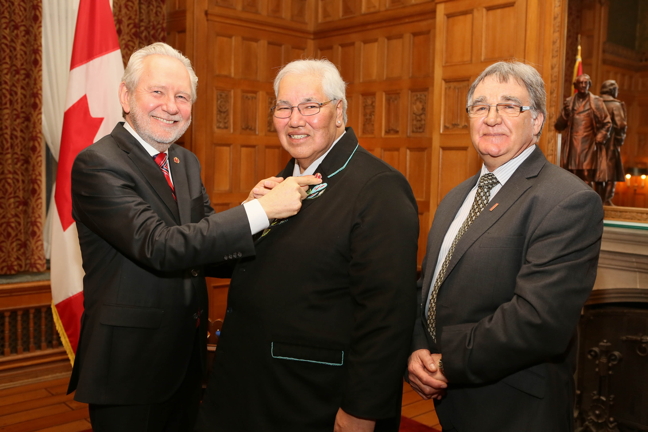 Murray Sinclair becomes a Canadian senator in April 2016. Sinclair, the chair of the Truth and Reconciliation Commission, says it took generations to destroy many Aboriginal societies and it may take that long to make them strong again. (FILE PHOTO) 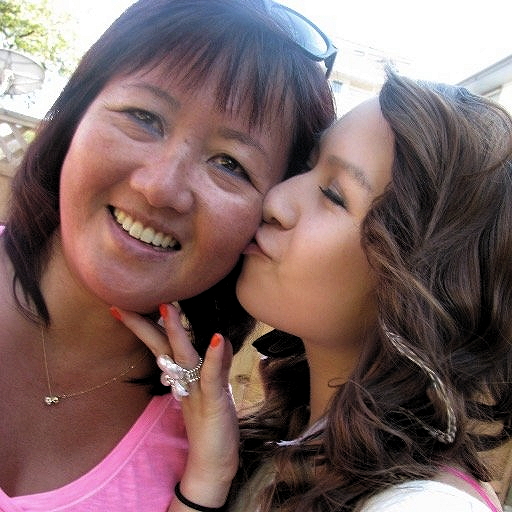 Carol Todd and her daughter Amanda. Carol says those who lose a loved one to suicide need to take care of themselves and stop feeling blame from past events. (TWITTER PHOTO)

When teenager Amanda Todd made a video using words on flash cards to tell a painful story of bullying, self-harm and suicide attempts and then uploaded it to YouTube Sept. 7, 2012, she wrote a message to those who might watch.

“I hope I can show you that everyone has a story and everyones [sic] future will be bright one day, you just gotta pull through. I’m still here, aren’t I?”

Thirty-three days later, she took her own life.

Amanda’s video, according to YouTube, has been viewed more than 11 million times, though some media have reported that actual views would be much higher because it was captured on other websites as well.

Amanda’s mother Carol Todd is coming to Iqaluit next month to tell you about her 15-year-old daughter. She’ll likely talk about mental illness, shame, bullying, parenting, social media and about what it’s like to lose someone you love in such a terrible way.

At least, that’s what she talked about in a recent interview with Nunatsiaq News from her home in Port Coquitlam, B.C.

Todd, a teacher by trade with expertise in special needs, is among many presenters and keynote speakers who will participate in the Canadian Association for Suicide Prevention’s annual conference Oct. 26 to Oct. 29 in Iqaluit.

The national suicide prevention body hasn’t held a conference in Nunavut since 2003.

In a report on suicide to Nunavut Tunngavik Inc. in 2015, which cited decades of territorial and federal data, author and social policy analyst Jack Hicks tallied a total of 746 Inuit suicides among Nunavut communities from 1967 to 2014.

The Nunavut government called suicide a crisis for the territory and has stepped up efforts to address it at a policy and program level.

Todd, who started the Amanda Todd Legacy Society, has spoken at dozens of events since her daughter’s death.

She’s never been to Nunavut but she knows how the anxiety of being a teenager, coupled with isolation and mental ills such as depression, can lead to feelings of hopelessness, especially among Aboriginal kids whose families suffer higher rates of poverty, violent crime and addiction.

But while her daughter Amanda’s story—and the stories of many Nunavummiut and Nunavimmiut youth who have died by suicide—is tragic, there are ways to counteract hopelessness and shame, Todd said.

We need to teach children appropriate online and face-to-face behaviour, Todd said, and it starts with modelling those behaviours at home.

It’s also important to build up strength, resilience and coping mechanisms among teenagers, especially the artists, writers and musicians who might be more vulnerable than others. But parents can’t do that alone.

“We have to bring emotional wellness into our lives and into our curriculum,” Todd said.

But it’s difficult for youth to disclose problems in small communities, Todd acknowledged, especially when it involves family because they might worry about privacy breaches and public backlash.

And so teachers, coaches and extended family members have to be mindful of signs of distress in youth and be the trustworthy mentors that young people desperately need.

But Todd admits that, like all imperfect parents, she made mistakes.

“I was definitely not the perfect mom. If I could turn back time, there’s lots of things I would do differently. My daughter had ADHD so she had an explosive personality and I blew up right back at her, right? Those aren’t always the right remedies,” Todd said.

“I didn’t push her enough in questioning, are you going to harm yourself? Are you safe? I thought if I asked that question it would trigger her to do something more rash. I’ve learned that as a parent, you have to go with your gut instinct and you have to get them to trust you to talk more.”

Murray Sinclair talked about trust and parenting and hopelessness as well during a recent conversation with Nunatsiaq News.

Sinclair, an Ojibwe lawyer, chair of the Truth and Reconciliation Commission and now a Canadian senator, will deliver a keynote address at the CASP conference in Iqaluit.

He praised the Inuit Tapiriit Kanatami’s recent suicide prevention strategy which advocates for a unified approach to early intervention and which promotes, above all, a shared understanding of the historical context and underlying risk factors of suicide.

Sinclair knows about some of those risk factors. The final TRC report is full of references to Aboriginal suicide and some of its “calls to action” direct the federal government to “establish measurable goals” and close the gaps in healthcare outcomes between Aboriginal and non-Aboriginal Canadians.

“The lack of understanding of the nature of the situation that Indigenous Peoples faced in Canada was not of their own making. It had nothing to do with personal or collective weakness but is an epidemic resulting from colonialism,” Sinclair said.

“It’s failed to motivate them to understand that there’s something they can do about it, that they don’t have to look at life with such a faint sense of hope.”

The solution to dealing with that hopelessness is multi-pronged, Sinclair said.

It requires halting made-in-the-South remedies, identifying local people who have homegrown ideas or culturally-appropriate programs that are working, and supporting them, he said.

It means finding ways to share that local knowledge and capacity between communities.

“We need to build on the capacity we’ve got, family by family, community by community. We need to do what we can with those that are ready, willing and able. And we need to encourage others to take the challenge and support them while they do that,” Sinclair said.

And it means weaving culture into education curricula and helping parents to trust and support the school system again so their children can get the education, and the life, that they desire and deserve.

“The issue of suicide is not strictly a mental health issue. It’s also about economics and education and it’s about opportunities and family relationships, family functioning. Young people are articulating that in many ways. I’m not sure they’re being heard and that can quickly lead to an ongoing sense of depression.”

But change won’t happen overnight, he said. It took in some cases, seven generations to destroy many First Nations, Metis and Inuit peoples. It may take that long to make those societies strong again.

As a Canadian senator, we asked Sinclair if Aboriginal suicide was a priority for the government.

We asked if he thought that would change.

If you are in need of support or have thoughts of suicide, there are a number of toll-free numbers you can call to speak to someone: