“Cannabis is said to give the munchies, so we think it’s related to higher weight, but it doesn’t seem to be like that” 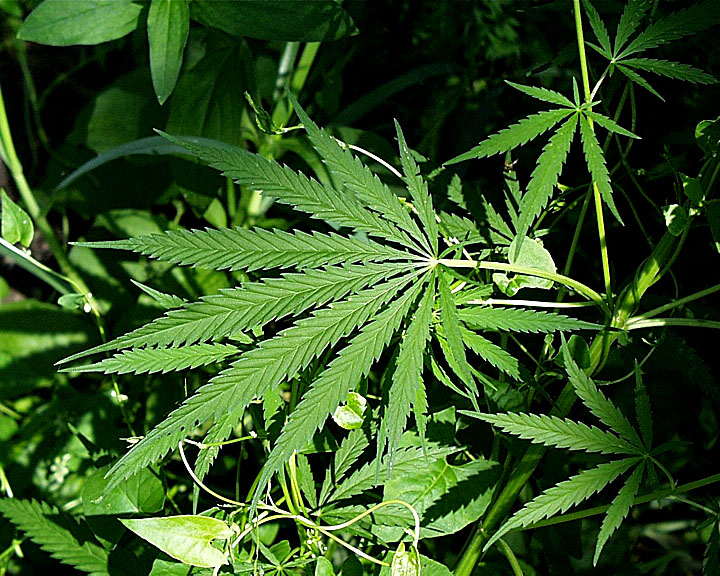 A team of researchers thinks they may have discovered a link between high marijuana use and low body weight in Nunavik.

Which is kind of surprising, if you think smoking pot might make you want to eat chips and watch movies all day.

Richard Bélanger, who studies youth health at a Université Laval-based research centre, is quick to add that no one is recommending pot use as a weight-loss plan.

But there does seem to be a surprising link between cannabis and weight.

“Cannabis is said to give the munchies, so we think it’s related to higher weight, but it doesn’t seem to be like that,” Bélanger said.

“We looked at the literature to make sure we weren’t the first to see that and no, we weren’t. But previous studies on the subject were not among Inuit communities and not with many variables, such as what we did — biological and behavioural variables.”

The study, to be published in the February 2015 issue of the respected journal Obesity, used data compiled from the 2004 Qanuippitaa Inuit health survey, which was done using the research vessel Amundsen.

(That Nunavik-only study was similar to the Qanuippitali health survey, which started in 2007 and covered Nunavut, Labrador and the Northwest Territories.)

Bélanger said initially, he and his colleague Michel Lucas were interested in two facts related to the 786 Nunavik Inuit who gave blood and filled out questionnaires for that health study 10 years ago: relatively high cannabis use and relatively low diabetes rates.

With regard to cannabis use, among those who answered the question, “In the past 12 months, have you used or tried pot, marijuana, grass or hashish,” 57 per cent said yes.

After taking into account a number of factors and lifestyle variables, researchers discovered that those who admitted to cannabis use generally had a lower body-mass index rating (BMI) and a lower percentage of fat mass.

“We noted that obesity prevalence among past-year cannabis users was about half that of non-users,” the authors wrote in their article, calling this finding, “highly significant.”

Significant for several reasons: many studies have made the connection between diabetes and obesity but there’s obviously something else going on in Nunavik.

“I think we will be able to better understand why obesity in that population is not strictly related to diabetes as in other populations. It’s not only cannabis use but what can we learn about the relationship between being overweight and diabetes? There may be other impacts on that,” Bélanger said.

Marijuana contains hundreds of cannabinoids — naturally occurring compounds such as THC which gets you “high” — only some of which are fully understood.

Because marijuana is illegal in Canada, it is impossible to undertake controlled human studies of marijuana use so researchers often use surveys such as the Qanuippitaa and Qanuippitali health surveys to correlate self-described marijuana users with blood samples and other data such as height and weight, Bélanger said.

While the detrimental effects of pot use have been recorded — increased risk of ear-nose-throat and pulmonary cancers, for instance — potential positive impacts are less known.

There are three main areas of the body known to contain cannabis receptors: the brain, the immune system and an increasing body of literature which points to receptors in adipose tissue, or fat, Bélanger said.

The authors of the study believe that connection between cannabinoids and fat tissue might account for the low body weight among the marijuana-using subjects they studied.

“Much of the fat in our bodies is in cells and there may be an effect of cannabis on those cells. There are papers that talk about that,” Bélanger said.

And there might be other reasons for weight loss as well. Smoking tobacco causes the body to work harder and burn more calories and smoking pot likely has the same impact, he added.

But Bélanger is clear about the study’s limitations.

Since respondents only said they’d used pot in the past 12 months, there’s no way of knowing how much they used, how often, or how recent. Also, body mass index was calculated at one point in time and did not include weight loss or gain over that 12-month period.

Ideally, it would be helpful to have one uniform source of marijuana and a group of several thousand subjects, some of whom smoke the same amount of pot and others who smoke none. But that’s not going to happen any time soon, he said.

And because cannabinoids are metabolized — or processed — differently among different people and cultures, it’s unclear whether the results of this study are Inuit specific or can be applied to a general population.

But more and more researchers worldwide are interested in the potential pharmaceutical properties of cannabis, Bélanger added, and are studying its impact on animals.

“There are people who are watching this, not only in Canada but in the United States and Europe, several people who are working on the potential positive affects of chemical products of cannabis to see if we can use it positively for people,” he said, before hastily adding, “but again, it’s not a reason to start using cannabis.”