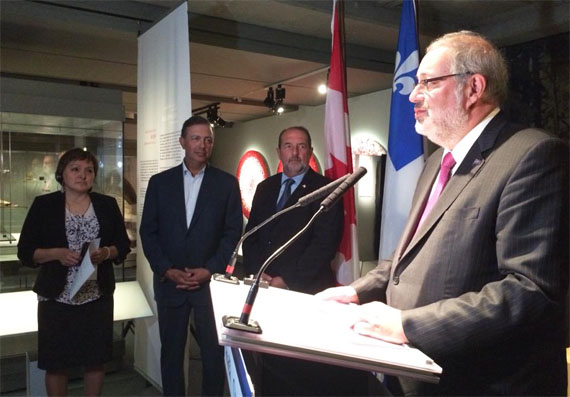 Quebec and Ottawa announced the funds in Quebec City July 30 — money that will renew satellite broadband service in the region’s 14 communities until 2021.

The KRG said July 30 that the money will fund Tamaani’s phase four, which will double home internet service speeds from 1.5 megabits per second to three megabits per second, as well as replace aging local distribution networks in each community.

The new service is expected to be available by September 2016.

“More than a decade ago, the KRG launched Tamaani as the first region-wide internet service provider,” said KRG’s vice-chair Mary Pilurtuut told the July 30 press conference. “Since then, the internet has become a vital communications tool in Nunavik.

“But even with this phase four project, we must not forgot that regional internet service continues to lag behind the country’s urban centres and that this situation must be corrected.”

A July 30 government of Quebec press release said the funds will maintain satellite service in the region “pending the arrival of fibre optics in the territory.”

That’s the most promising option the KRG has looked it, as part of its goal of increasing the region’s internet capacity 30-fold by 2021 — although there is not yet funding in place for that upgrade.

In addition to the $15 million in federal subsidies and $11 from Quebec, the KRG will invest another $9 million into its satellite service.

The networks will be local — not connected to a larger undersea cable — and will only offer the same speeds as in other communities.

But the “fibre to the home” networks will replace aging technology and help avoid congestion on those local wireless networks, said Jean-François Dumoulin, senior coordinator of programs at Tamaani.

“So by using this technology, it will allow us to balance our resources,” he said.

But the next step in internet service development in Nunavik must be fibre optics, Dumoulin said, which the KRG has already determined to be feasible and financially sound.

That’s Quebec’s plan, too, although the province has yet to commit to when it will deliver on fibre optic.

As part of the Liberal government’s re-launched Plan Nord, the province has outlined plans to prepare a feasibility study on bringing a fibre optic network to the region, while ensuring the continuity of satellite service in the meantime.

“I’d like to see that feasibility study done by the end of 2016,” Dumoulin said. “We believe we will not be able to do another upgrade with this existing technology.

“So we have about five years to get everything done. Whatever the solution is, it has to be in place by 2021.”