“The lawyers in this case failed to do their due diligence” 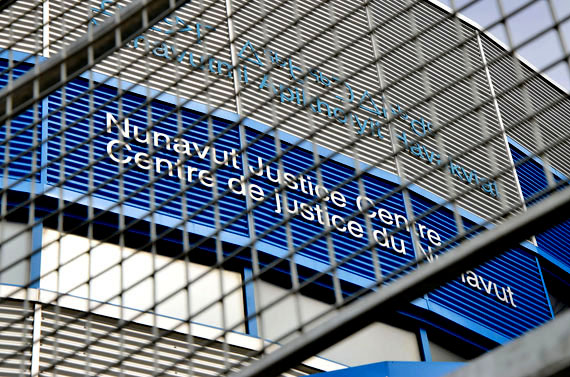 Nunavut judge Paul Bychok dressed down the lawyers who made a joint sentencing submission last week for a man who broke into Pond Inlet’s Co-op store. Given the man’s extensive criminal record, the proposed one-month sentence amount to little more than “a slap on the wrist,” Bychok wrote in his sentencing submission. (FILE PHOTO)

Justice Paul Bychok of the Nunavut Court of Justice accused lawyers of making sloppy sentencing submissions during a decision he delivered last week that threw out a recommended jail term for a Pond Inlet man guilty of breaking and entering.

“In my view, some lawyers who appear before this court have developed a cavalier attitude towards joint submissions,” Bychok wrote on Thursday, April 5, in a written decision for Lanny Kippomee, 36, who pleaded guilty to charges related to a break-in at the Pond Inlet co-op store last December.

Joint submissions by lawyers are negotiated recommendations for sentencing. These are often drafted in return for an offender’s guilty plea, sparing the court from spending time and resources on a lengthy trial.

Judges are expected to honour submissions presented to the court, but the submissions are “not sacrosanct” and judges can choose to depart from them, Bychok said, especially if the submissions themselves are not rooted in law.

“[Joint submissions] bring a high degree of certainty and efficiency to our busy courts when they are properly negotiated and responsibly presented to the court,” he said.

But Kippomee’s recommended sentence of one month in jail and 12 months of probation did not give sufficient weight to deterrence and denunciation, Kippomee’s past criminal record, or cite any relevant case law, Bychok told Crown lawyer George Dolhai and the offender’s lawyer, Sara Siebert.

Bychok said in his decision that if the lawyers in charge of the file had reviewed the relevant case law, they would have found that the appropriate range of jail time for breaking and entering was four to six months, not the one month proposed.

Police arrested Kippomee shortly after he was discovered hiding in the storage closet of the Pond Inlet co-op by the store’s owner during the morning of Dec. 8 last year, after stealing keys from the building’s office.

Kippomee was sober and deliberate at the time he committed the crimes, Bychok said.

The judge said the lawyer’s submission failed to recognize Kippomee’s 39 prior criminal convictions, including five for breaking and entering, as well as jail stints for more serious crimes like sexual assault and unlawful confinement.

And while the Crown argued that a one-month jail sentence was “a step up” from a suspended sentence Kippomee received for a break-and-enter charge in 2014, “he neglected the 18-month sentence the offender received in 2004 for the very same offence,” Bychok said.

The one-month sentence, in light of Kippomee’s criminal record, amounted to little more than “a slap on the wrist,” Bychok said.

After allowing lawyers a few hours to revisit their submission, they returned with a two-month sentencing recommendation that was still below the appropriate jail time for breaking and entering.

The judge cited two other recent cases in his decision where lawyers returned with more appropriate sentencing submissions after they were given a chance to review the case law.

Bychok said the reasoning by many lawyers practising in Nunavut appears to be that “we can clear this file from a docket with a joint submission.”

“In my long experience, it is the rare case when counsel come to court prepared to justify their joint submission with reference to relevant case-specific factors as well as [case law].”

Bychok sentenced Kippomee to a total of seven months in jail for the combined offences of breaking and entering and breaching his probation.

Kippomee’s jail term will be followed by a probation of 12 months.

“The words joint submission are not some form of magical incantation,” he said.

“The lawyers in this case failed to do their due diligence,” Bychok said, adding, “the joint submission in this case was not fair and consistent with public interest.”