Nunavut minister: no info yet on municipal land plebiscites 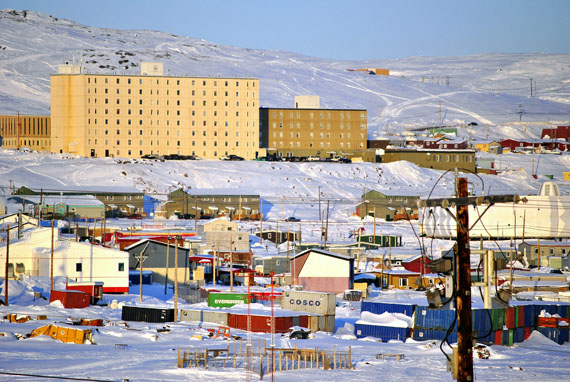 In Iqaluit, as in all other Nunavut municipalities, homeowners, businesses and other entities may lease their lots from the municipal government, but may not gain freehold, or fee simple title. Voters in Iqaluit and all other Nunavut communities will get a chance to overturn that restriction in plebiscites to be held next year. But there’s still little information about how those plebiscites would work. (FILE PHOTO)

To own, or not to own? Freehold or leasehold?

In May 2016, Nunavummiut will revisit the fee simple land ownership issue in plebiscites to be held within each municipality, but at least one Nunavut MLA is concerned the public isn’t getting enough information.

“To date, I have not seen any information shared with our constituents to help them decide what method is best for their community,” Iqaluit-Tasiluk MLA George Hickes said in a member’s statement in the Nunavut legislature Oct. 28.

In his response to Hickes’s question, Johnny Mike, the minister of Community and Government Services, said the territorial government would make sure the public is informed.

The purpose of the plebiscites — under Article 14, Part 8 of the Nunavut Land Claims Agreement — is to decide if municipal governments should be allowed to sell fee simple lots to homeowners, business and developers.

Right now, all Nunavut municipalities hold fee simple title, the legal name for basic freehold land ownership, to most lands within their boundaries.

But under the NLCA, municipalities are allowed to lease — but not sell — those lands, and those land leases may not exceed 99 years in duration.

That means leaseholders own the structures built on municipal lands, but not the land itself.

In a referendum held April 10, 1995, with plebiscites held in every community in Nunavut, voters said no to municipal land sales.

Municipalities are allowed to re-visit the issue, now that 20 years have passed since the last vote.

The final wording of the plebiscite — and the Government of Nunavut’s role if a municipality opts to allow freehold land ownership — has yet to be made public.

Hickes also asked Mike about how the GN plans to handle the administration of freehold, land ownership.

“If a community does choose to move to a freehold title structure, what is the plan through CGS with the municipalities to limit the costs to landowners on the title transfer?” Hickes said.

“Once we make a decision on the contents as to how the municipal land will be included, we will have to work on that,” said Mike, who added the GN will be working with Nunavut Tunngavik Inc. on the plebiscites.

Mike responded to questions from Arviat South MLA Joe Savikataaq on voter eligibility, stating that CGS is currently working with NTI on the issue.

“This issue has been raised a few times and we have heard various positions on who should be eligible to vote on the plebiscite,” Mike said.

As of Oct. 28, a deadline for plebiscite preparations had yet to be made official, as CGS staff are still outlining their community consultation phase.

It is also unclear whether it will be a binding or non-binding plebiscite.

“Once our staff meets with the public and consults with them, I’m sure we will have a better idea as to which way it will occur,” Mike said.

“Also, NTI represents Inuit and I’m sure they will consult with the Inuit. I think that they will probably be different.”

In statements last year, the deputy minister of the CGS department, Roy Green, said each community would vote individually in the plebiscites, and that a 50 per cent plus one majority would decide the issue in each municipality.

The current government’s plan to hold community land plebiscites was announced as part of their Sivumut Abluqta mandate, which was released in February last year.

The fall sitting of the Nunavut Legislative Assembly continues until Nov. 9