Highly touted “mandate” not yet released 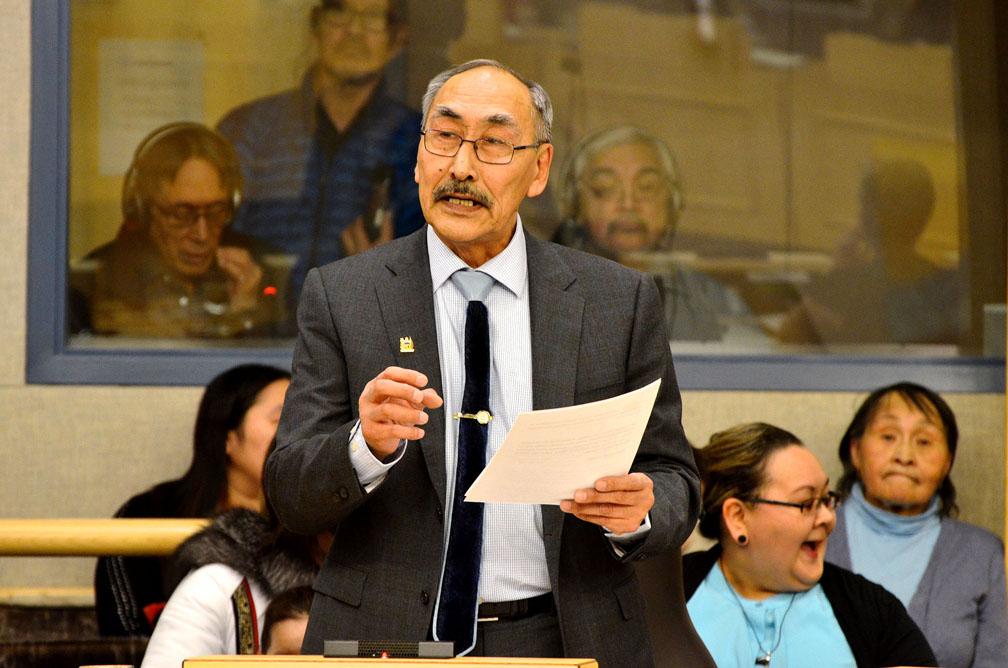 Nunavut’s fifth legislative assembly began sitting in earnest this week for the first time since the Oct. 30, 2017 territorial election, but for the most part, neither regular MLAs nor cabinet ministers had much to say about major issues facing the territory.

With the specifics of the government’s “Turaaqtavut” mandate document yet to be released, with some exceptions, Nunavut MLAs, during their first question period, decided instead to talk about topics closer to their own constituencies.

Lightstone said he chose not to call for an independent public service commission in his campaign platform last year, in part “due to fear of repercussions.”

Prior to his election, Lightstone worked at Nunavut’s Department of Finance, which handles human resources.

“I believe that having an arm’s-length organization handling our human resource matters would be in the best interest, as they would be representing the employees as well as management,” he said.

The Government of Nunavut dissolved its Department of Human Resources in 2012, splitting off duties like training, staffing and audit functions between the Finance Department and the Department of Executive and Intergovernmental Affairs.

But numerous reports of unresolved workplace bullying and harassment have continued to dog the GN.

A frigid winter in Nunavut’s Kivalliq region has Baker Lake MLA Simeon Mikkungwak wondering how the Government of Nunavut decides to close its offices due to weather.

Mikkungwak challenged Finance Minister David Akeeagok for a straight-up “yes or no” answer to a question on whether if he is willing to organize a sit-down with territorial, municipal and federal officials to come up with more efficient ways to call snow days.

“Many of my constituents expressed frustrations with the inconsistent approach taken to school and office closures,” Mikkungwak said.

Akeeagok replied that senior GN officials in each community report to the deputy minister of finance, who makes the final call on which offices are closed.

Federal, territorial, municipal and district education authorities each have their own criteria for weather shutdowns, Akeeagok said.

“I encourage them to meet with each other,” he said, but added that the current process for weather shutdowns, at least on the GN’s part, “doesn’t need to be changed.”

“The QEC has indicated that it wants the new power rates and rate structure to come into effect on April 1 this year, which is less than 30 days from today,” Hickes said.

Quassa, the minister in charge of Nunavut’s Utility Rates Review Council, said he couldn’t give Hickes a definite answer, but that he was to have met with the URRC chair on the subject the following day.

The QEC’s latest general rate application proposes a 7.6 per cent across-the-board rate increase to head off a projected revenue shortfall.

But at the same time, the QEC will start the first steps toward harmonizing rates across all Nunavut communities over the next six years, to create a system where customers in each rate class pay the same rate no matter what community they’re located in.

Hickes asked why the general rate proposal was submitted as the previous government was reaching its end, and not delayed to give the new government more time to review the Utility Rates Review Council report.

“It was run by the previous government and we inherit them sometimes, that’s all I can say on the question” Quassa said.

“We cannot control what has been completed by the previous government.”