Health department will increase staff and services, move to stamp out TB 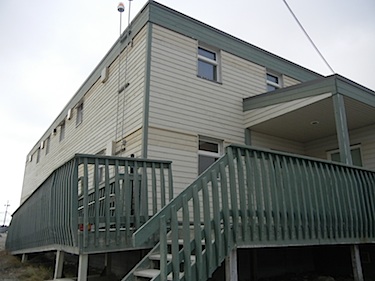 This former hostel in Cambridge Bay was to have been a residential addictions treatment centre — but it opened earlier this year as a 12-mental health facility. The health department now plans to give its 22 workers permanent jobs. (FILE PHOTO) ( ) 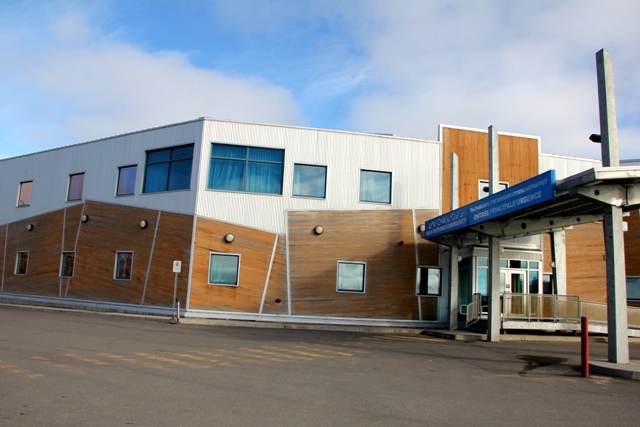 The Qikiqtani General Hospital’s ability to diagnose infectious diseases should improve as the 2015-16 territorial health department budget allows for the hiring of new staff. (FILE PHOTO)

As the Nunavut legislature prepared to adjourn March 17 until May 26, MLAs closed in on the most pressing business of the current sitting: the final approval of Bill 16, which covers the territorial government’s 2015-16 operations and maintenance budget.

And the Nunavut health department remains the largest single recipient of funds, after requesting a budget of $317.4 million to hire more front-line health workers, improve on-the-job safety and service delivery, and battle the continuing outbreaks of tuberculosis and other infectious diseases in the territory.

The health department’s budget constitutes a sizeable chunk, 21 per cent, of what Nunavut plans to spend over the coming fiscal year, until March 31, 2016, on maintenance and operations — a total of $1.467 billion.

This amount comes out of the $1.72 billion that Nunavut expects to receive in revenues during this fiscal year. Of this, the Government of Nunavut will spend $1.673 billion on programs and capital projects, with a $30 million contingency fund and a projected surplus of about $23 million.

And as the year progresses, the health department is likely to seek more money from the GN.

That’s why MLAs urged Health Minister Paul Okalik to lobby the federal government for more money for health care and medical services and to boost the Non-Insured Health Benefits Program’s allocations for travel, food, and accommodation for Inuit who must travel outside their communities to receive medical care.

The largest request in the health department’s budget — more than $5.5 million — is to be earmarked for 24-7 staffing, Okalik said Feb. 25 when he presented his budget request to the MLAs’ committee of the whole, which examines each GN department’s budgetary requests.

“Our facilities are open as needed, all day, every day, yet our budget is based on most facilities being open on a 7.5-hour work day. Year after year, the department has relied on agency, casual, and overtime to address call-outs, sickness, statutory holidays, professional development leave, and vacancies,” Okalik said.

“It is time we build the cost of 24-7 staffing into our budget and reduce our reliance on supplementary appropriations for normal work.”

That will mainly mean more staff on call in the early mornings which would require talks with the union as well as more money, Okalik said.

To pay for that: $2.8 million to make the jobs permanent for 22 staff of the new mental health facility in Cambridge Bay, a wellness worker in Iqaluit, and psychiatric nurses in Qikiqtarjuaq, Kimmirut, Iqaluit, and Grise Fiord/Resolute Bay.

Another $2.3 million will increase the amount spent on sending Nunavummiut to southern mental health facilities and to hire someone to coordinate their treatment and return to Nunavut when they are ready, Okalik said.

An additional $1.5 million goes to fight TB, an infectious disease that usually affects the lungs and can kill — and which continues to be rife in Nunavut.

“We’re following this situation very closely and we are investing money to try and put a stop to this because it’s something that shouldn’t be in our territory. We are doing our best to try and make sure it is eliminated in our territory. Our rates are 49 times higher than the rest of the country, so we have to put an end to this.”

To that end, the health department plans to introduce a TB awareness campaign, hire a TB educator to visit communities, hire indeterminate nurses in Clyde River, Pangnirtung, Qikiqtarjuaq, and Pond Inlet, hire a term nurse in Pond Inlet “to address the several new active cases,” hire a term, mobile nurse in the Kivalliq, hire a laboratory technician and supplies to expand the use of the GeneXpert tester in Iqaluit, and hire a term epidemiology program officer to track TB diagnoses.

As well, because “we spend too much to recruit nurses to lose them because of unsafe working conditions,” the department will put $140,000 to create a territorial infection control practitioner who will be responsible for developing standards and procedures. This will help “provide a safe level of care for health care workers and patients when dealing with infectious disease issues.”

Another big piece of the GN budget goes to the education department: the Department of Education’s 2015-16 operations and maintenance budget stands at almost $203 million, which is nearly $15 million more than its 2014-15 budget. Its focus will be on literacy-based programs as well as increasing resources and staffing in the area of early childhood learning.