From Nunavut, Tanya Tagaq’s energy flows out into the world 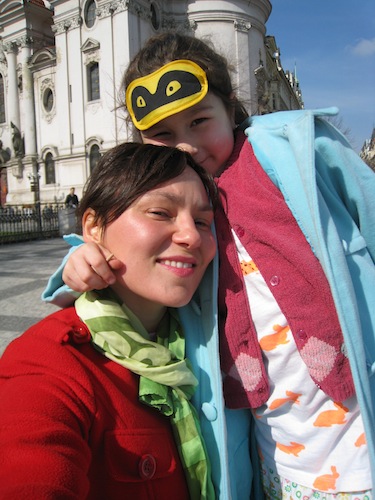 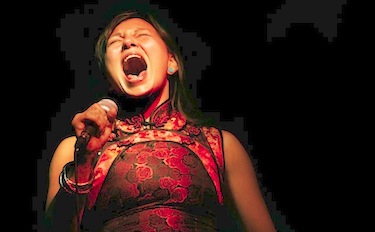 Tanya Tagak will perform May 4 at the National Arts Centre in Ottawa as part of the Northern Scene event. (HANDOUT PHOTO)

Singer and performer Tanya Tagaq has a new baby, a new album due out soon, and recently returned from a set of shows in New York City.

And that’s not all: next month she will perform in Ottawa at the Northern Scene, the gathering of 250 artists from across the Canadian Arctic in 50 events from April 25 to May 10.

As her unique musical style continues to flow out into the world, the Cambridge Bay-born Inuk says she has become more thoughtful and more maternal.

At the same time, she’s hanging onto the boldness she is known for.

“I’m starting to realize that there’s this pretty large discrepancy between the person who gets on stage and who I am,” said Tagaq, over the phone recently, from her home in Manitoba, where she lives with her 14-month-old daughter, Inuuja, and the baby’s father, a military man —“a very private person,” Tagaq says.

Also part of the family is Tagaq’s nine-year-old daughter, Naia.

“I’m in this tiny little town, and it’s not even awesome enough to be a town in Nunavut,” said Tagaq. “I have no friends — it’s great. I’m just completely isolated with my children.”

The family time allows Tagaq a welcome break from the hectic life of touring.

“I get to live this side of myself that’s really nurturing,” she said. “Then I get to go and explode out onto the stage.”

Sometimes that explosion can be frightening for people not familiar with Tagaq’s music.

At her show this past March at Amherst College in the United States, Tagaq “stunned, appalled” and “electrified” audience members, according to a reporter from the Amherst student paper named André Wang.

“She lashed out full-blown roars…moaned in short, urgent successions…and frequently murmured in an indecipherable tongue,” wrote Wang. “I could not decide whether I loved or hated her performance, because her presentation took me through the highs and lows with such heat and passion that it became difficult to evaluate.”

Tagaq said it doesn’t surprise her that some people don’t appreciate the music.

“I am a woman, and I will be a monster too,” she said. “Even within my movements, I will be trying to pull out ugliness. And sometimes it can be very sexual, because life is like that and sexuality and femininity is like that.”

“What’s really interesting is that small children really love it,” added Tagaq. “They are never afraid.”

In New York City, Tagaq performed at the Smithsonian Institute’s National Museum of the American Indian, where she sung a live soundtrack over the classic 1922 Robert Flaherty silent film “Nanook of the North” (which she’ll be performing May 4 at the Mayfair Theatre in Ottawa as part of the Northern Scene events).

“Tagaq’s music is not ‘about’ climate change,” wrote a blogger who attended the Joe’s Pub show. “It is so infused with the sounds of her native land, and so rooted in the Inuit culture – both traditional and modern – that it simply ‘is’ climate change.”

Although Tagaq doesn’t address the issue of climate change, she feels passionately about the environmental problems facing the planet.

“We are scarring the entire earth,” said Tagaq, “and if people are stupid enough not to realize we are all living on it and all part of it and all the same minerals, then what hope is there for humanity at all.”

“Maybe,” added Tagaq. “If people were more interested in amalgamating good parts of other cultures instead of destroying them and taking them over in the name of progress we wouldn’t be in this situation.”

Despite her love of the natural world, Tagaq said she also loved New York City, where there’s lots of steel and concrete and very little earth and sky.

“New York is so far on the other end it creates its own thing,” she said. “I do love New York City. I could probably live there for a year.”

“But the chance of me settling anywhere is pretty slim,” Tagaq quickly added. “I think I am nomadic at heart.”

That explains her move to Manitoba. While living in Yellowknife, Tagaq met a man, fell in love and became pregnant.

“I am just terrible in that way,” she said, in talking about her tendency to follow her heart. “It’s like following a smell, but it’s not a smell.”

For Tagaq, it has all led to a very progressive and somewhat scientific stance on relationships.

“Monogamy is for the birds,” she said. “There are only a couple years when the hormones coursing through the body will make you think you’re in love with someone. After that it becomes companionship and commitment.”

“I don’t want to knock monogamy,” added Tagaq. “If it’s for you it’s for you, it’s a good system. I just don’t think it’s the human natural state. I believe in loyalty more than I believe in monogamy.”

Despite her qualms about forming long-lasting relationships, Tagaq said having a baby has actually helped her creative process.

“Both times before I had the baby I went too far in the other direction,” said Tagaq. “I found myself doing concerts and wearing myself thin. Ironically, when I get pregnant and have a baby that downtime — and I know it’s not really downtime, just from touring and concerts — really helps. I come out the other end very refreshed.”

As we spoke 14-month old Inuuja noodled around on the floor, cooing for mama to read her a book.

“She is just beautiful,” said Tagaq, briefly pulling away from the phone to speak to the baby. “I almost can’t stand being alive sometimes and my baby will do something that just kills me because it’s too cute and I can’t take it.”

But even when Tagaq is experiencing moments of extreme pleasure, extreme sorrow is sometimes never far away.

“I’m out for a run and I feel this elation,” she said. “And then I will be so upset about politics or missing aboriginal women or difficult living conditions in Nunavut or difficult social conditions all over the world that I just have this desperate urge to help, and I just pray that what I am doing is helping in some way.”

Although she now lives in southern Canada, and tours the whole world, her soul remains in Nunavut.

“My heart and home and the people I love and grew up with and my mother and father and brothers, they are all up there,” said Tagaq. “That’s where I got it from, that’s why I feel the way I feel.”

“For a long time I kind of stayed away,” said Tagaq, “because when I first started throat singing I was getting hate mail from these girls in Iqaluit saying that I was the worst person in the world, they really didn’t like what I was doing.”

“[But] there’s no question in my heart that what I am doing comes from a very, very respectful place,” added Tagaq. “I can’t even explain how far deep it is in me.”

Surprisingly, Tagaq has toured little in the North.

“I would love to tour Nunavut,” she said, “but I have never once gotten one red cent of Nunavut funding, simply because I don’t live there.”

“If there were any communities or hamlets willing to bring me back, I would tour Nunavut in a heartbeat,” added Tagaq.

As for her new album, it still doesn’t have a name, but Tagaq said it includes many different types of music, from electronica to French horns to violins and drums.

“I just can’t believe it,” said Tagaq. “I don’t know what has happened in this crazy life to give me these opportunities but they come along, which is very exciting.”

Speaking with Tagaq, one gets the feeling they are talking to someone who has opened her soul to the universe, and all the trauma that entails. She has taken much from its coffers of creativity, and she has also given much back.

“I am hoping that I am providing an invisible key to an invisible door within a person,” said Tagaq. “Whatever someone needs to hear or needs to touch, I want them to contact that within themselves.”