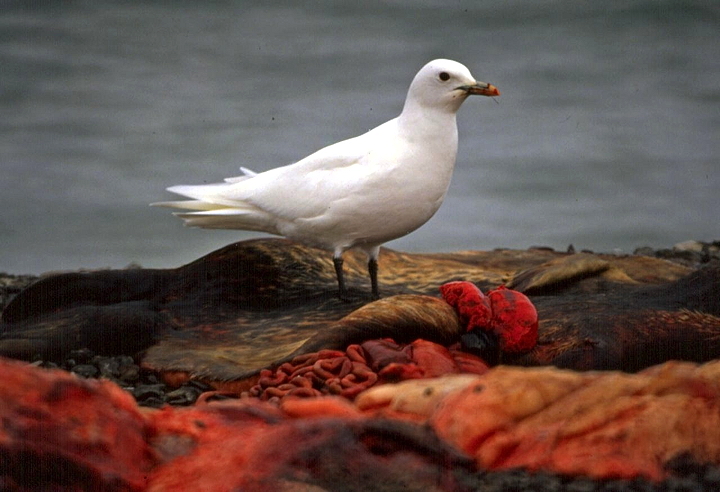 An adult ivory gull feeds on a seal carcass in Resolute Bay in 1989. The eggs of these gulls, whose numbers have plunged by 80 per cent since the 1980s, have the highest toxic mercury concentrations of any Arctic bird. Using feathers from museum specimens from Canada and Greenland for a new study, researchers assessed whether exposure to mercury had increased from 1877 to 2007. They found that while the gulls’ diet stayed the same, the amount of methyl mercury increased by 45 per cent in the feathers — “clear evidence” of the impact of man-made mercury in this species, they state in their paper published March 18 by the Royal Society Proceedings. Because mercury levels are expected to increase in the Arctic, this raises “concern for continued population declines in high-latitude species that are far from sources of environmental contaminants,” said Alex Bond and co-authors from the University of Sakatchewan. (HANDOUT PHOTO BY K.A. HOBSON)