Photo: The dance of sun and moon in Nunavut 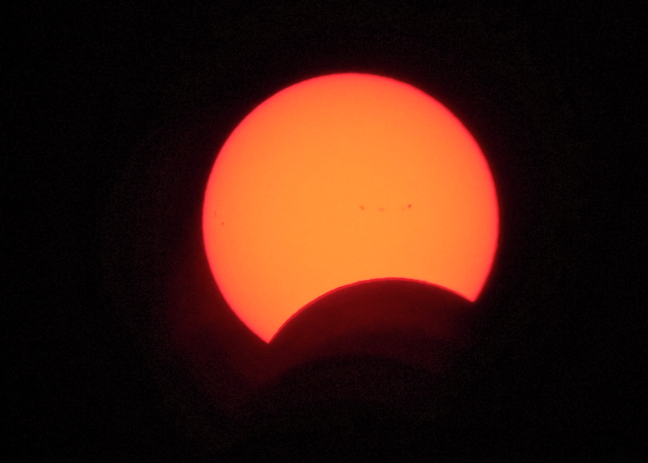 The solar eclipse at maximum in Nunavut, at around 2:20 on Aug. 21, as seen from Iqaluit. People around North America took time out after lunch yesterday to don special glasses or use cameras to watch as the moon passed between Earth and sun. The eclipse was visible in its totality over a band of 14 American states including the first total eclipse for the day in Oregon, at around 9:05 a.m., and it’s final one in South Carolina, at 2:48 p.m. According to NASA’s website, the longest duration of total eclipse was near Carbondale, Illinois, where the sun was blocked out for two minutes and 40 seconds. (PHOTO BY FRANK REARDON)