Property crimes top the list of cyber-crimes in Canada

Sexual violations fewer than one fifth of reported computer crimes 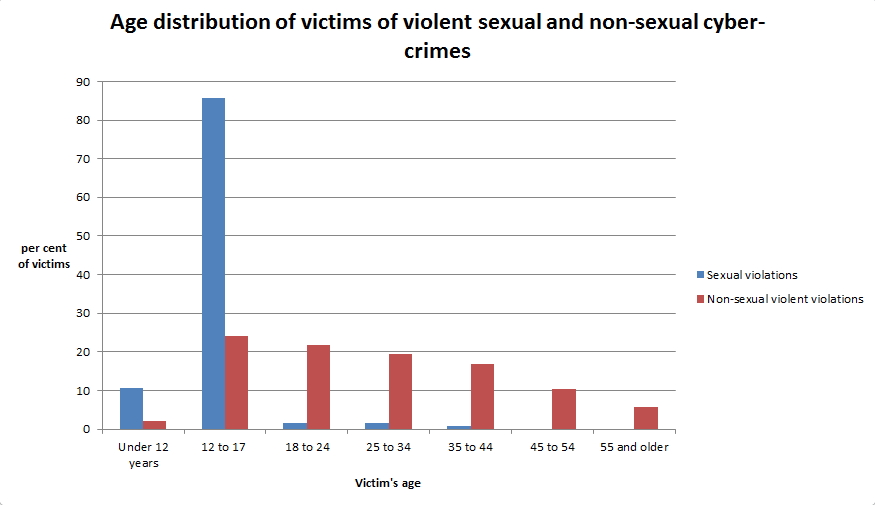 A graph from StatsCan’s 2012 report on cyber crime in Canada.

A new Statistics Canada report says property violations, such as fraud, account for almost two-thirds of all cyber-crimes in Canada, as reported by police services who participated in a 2012 survey.

Property violations accounted for 61 per cent of all reported computer crime violations, and nearly all of those — 88 per cent — were fraud, the report said.

Police identified an accused in only six per cent of these incidents, the report said.

The report defined cyber-crime as “criminal offences involving a computer or the internet as either the target of a crime or as an instrument used to commit a crime.”

The new study does not contain Nunavut-specific data, but cyber-crime in Nunavut is believed to be on the rise.

Only one quarter of reported computer sexual violations resulted in charges and nearly all those charged — 94 per cent — were male, according to StatsCan.

About one per cent of all reported incidents involved more serious violations, such as physical or sexual assault, the study said.

The study identified trends in gender, age and relationship to accused for victims of reported cyber-crimes.

Victims of reported cyber-crimes were generally young, StatsCan said, but especially in cases of sexual violations: 96 per cent of reported incidents involved victims aged 17 and younger.

Police services in a number of Canadian cities — Saint John, Quebec, Toronto and Calgary — did not participate in the 2012 survey, StatsCan said.