Nunavik Inuit willing to work with producer, if approached 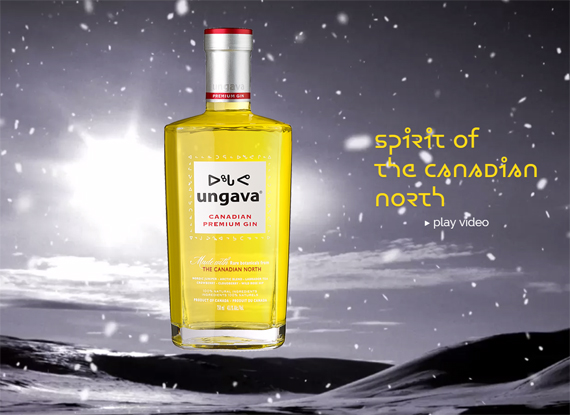 Ungava Gin touts itself as the “spirit of the Canadian North.” “If they’re going to promote it as coming from the Ungava region, they’ve got to spend their money in the region,” says Makivik Corp.’s vice-president of economic development., Andy Moorhouse. (IMAGE COURTESY OF UNGAVA GIN)

If a Quebec-based gin-maker wants to brand its product as Ungava-made, it’s going to have to invest in the region, said Nunavik’s Inuit birthright organization.

Makivik Corp. has yet to hear from the makers of Ungava gin, which recently came under fire for its marketing, which has been called racist, sexist and an appropriation of Inuit culture.

And those ingredients have guided the product’s branding: the gin bottle is adorned in syllabics, while its advertisements feature Nunavik landscapes, tiny Inuit caricatures and, in recent years, non-Inuit models dressed in revealing parkas.

The company has since apologized and removed the offensive material, pledging now to work with Inuit groups to develop more cultural-appropriate marketing and learn how to direct benefits to Inuit communities.

Makivik said it’s willing to sit down with the people behind Ungava gin, if approached.

“We’re open to meeting for sure, to hear what they actually need,” Moorhouse said.

“But if they’re going to promote it as coming from the Ungava region, they’ve got to spend their money in the region.”

When asked, the company couldn’t specify which herbs are sourced in Nunavik and where, only saying some of the botanicals in the gin have come from Nunavik, and others from different regions of Quebec, like the north shore of the St. Lawrence River and the Gaspé region.

“As far as we know, they’re not getting any of their products from any of the communities in the region,” said Moorhouse, noting that would typically require a commercial permit.

“It’s something we’ve never been made aware of.”

The only commercial harvest Makivik oversees is that of Pandalus montagui, a type of northern shrimp fished in the region under permits.

Ungava gin first contacted to Avataq to purchase its botanicals through the organization, but Avataq decided it did not want to be involved in producing an alcoholic beverage.

Moorhouse said the fact that the company is producing alcohol with Nunavik ingredients and imagery shouldn’t be an issue, so long as Inuit are well represented.

“If they want to create a real Ungava product… there are a number of things that need to be put in place before that happens,” he said.

“I’d want to make sure they hire Inuit pickers. We also have a rehabilitation facility in Kuujjuaq (Isuarsivik)—they should be involved, because they deal with alcohol-related addiction.”