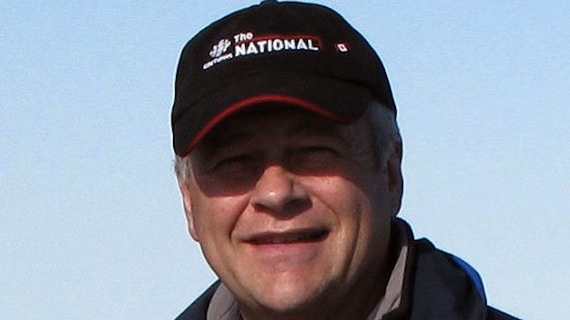 Marty Bergmann, 55, who died in First Air flight 6560 on Aug. 20, was director of the Polar Continental Shelf Program in Resolute Bay and a man missed by many, who say he was “a great man, so great for the Arctic.” (SUPPLIED PHOTO) 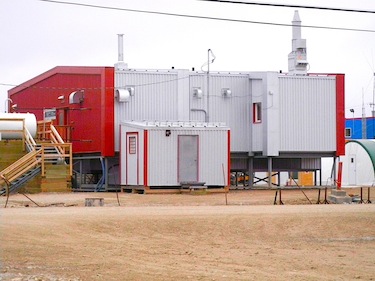 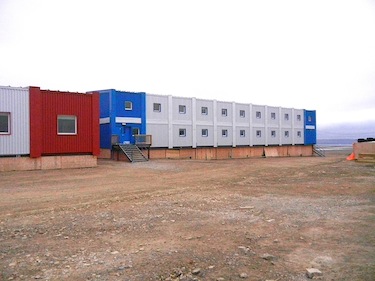 The residence facility, which is part of the Polar Continental Shelf Program in Resolute Bay, expanded its beds to 97 with the recent construction of this new wing. A second wing is being built as part of the Dept. of National Defence’s plan to share the facility for its Canadian Forces Arctic Training Centre. That second expansion will increase the residence’s capacity to 200. (PHOTO BY JANE GEORGE)

On the morning of Aug. 20, everything was looking up at Resolute Bay’s Polar Continental Shelf Program: Governor General David Johnston and Prime Minister Stephen Harper were each slated to arrive that coming week for tours of its recently-revamped facilities, and the agency’s director, Martin Bergmann, was set to arrive that afternoon from Yellowknife.

But Bergmann — known by all as Marty — never made it.

Bergmann, 55, wasn’t among the three survivors of First Air flight 6560, which slammed into the hillside opposite the Resolute Bay airport shortly before 1:00 p.m. Aug. 20.

Jodi MacGregor, a base manager with the Polar Continental Shelf Program, which provides and manages logistical services to scientists across the High Arctic, was waiting for Bergmann at the Resolute Bay terminal with people scheduled to leave on that same 737-200C aircraft on its return flight to Yellowknife.

Due to the fog, and noise from other aircraft, MacGregor and the others didn’t know, until someone told them, that flight 6560 had gone down.

“You see fire trucks leave, and you don’t think anything about it, but then, when you do hear about the crash, you think they’re joking,” MacGregor said in an interview from Resolute Bay this weekend.

But it was no joke.

Glen Parsons, the PCSP’s operations manager, and Mike Kristjansen, its logistics manager, were having lunch in the PCSP’s spacious new dining hall — part of this past year’s $11-million expansion and renovation of its facilities — when they also saw the fire trucks leave.

They wondered if it was part of another fire response drill organized for Operation Nanook, the military exercise taking place in Resolute Bay.

But minutes later, someone came into the cafeteria to say “plane crash 737,” and Parsons and Kristjansen went running across to their office on the second floor of a warehouse that overlooks the airport.

There, when the fog lifted, they could see the smoking wreckage.

Later, they learned that they had lost not just Bergmann, but others they knew on flight 6560, which took 12 lives: the First Air crew, workers at the South Camp Inn, and Cheyenne Eckalook, the six-year-old daughter of Brenda Eckalook, who had worked with them at the PCSP until earlier that summer and often brought her daughters to work, one of whom, Gabrielle, was injured, but survived.

“The whole thing was just so huge in a small community,” Parsons said, recalling the impact of the crash in Resolute Bay.

The shock of the crash hit all the PCSP workers hard, although everyone kept on working through that week, gaining support from each other, and from counselors brought in to help them cope, said MacGregor.

Bergmann was responsible for first bringing MacGregor to Resolute Bay and the PCSP when she was a student in Nunavut Arctic College’s environmental technology program in Iqaluit.

Bergmann, who came from the Department of Fisheries and Oceans in Winnipeg to became director of the PCSP in 2007, was all about relationships and partnerships — with NAC, with other government departments and agencies, with scientists and with people in the community where he’d lived for a time in the 1980s: “he was a genuine person, he really cared about that relationship between the community and the science,” MacGregor said.

Bergmann also took the PCSP out of a financial hole and back on its feet.

The PCSP, founded in 1958 to provide Canadian and international scientists with the logistical support needed for research in the High Arctic, was a casualty of the federal government’s program review in 1993 that decided to downsize research programs.

Its budget was reduced every year after that, and, by 1999, the agency, managed by Natural Resources Canada, had to make do with around $1 million and whatever else it could scrounge up through outside contracts.

But Bergmann left the PCSP in much better shape, with an annual budget several times larger, 13 employees, and an $11-million renovation and expansion as his most visible legacy.

That money doubled the PCSP’s capacity to accommodate scientists, providing a new kitchen, dining and common space, in addition to new offices, meeting rooms and single bedrooms for longer stays at the residence. The expansion also provided a new, stand-alone modern laboratory.

The tour Bergmann was to lead for VIPs didn’t go ahead as planned, but both the Governor General and the Prime Minister, accompanied by Natural Resources minister Joe Oliver, stopped by the offices of the PSCP when they were in Resolute Bay.

There, they spoke with the grieving workers and heard more about Bergmann’s vision for the PCSP.

“They were very interested,” Parsons said. “If Marty was looking down, he’d be doing the jig to see these guys so focused on our operations.”

As PSCP director, Bergmann also successfully orchestrated a partnership between the PCSP and the Dept. of National Defense, which will see the PCSP residence enlarged again to 200 beds, for the Canadian Forces Arctic Training Centre, “a multi-purpose facility for Arctic military training as well as operations.”

While a partnership between military and science might seem odd, “they’re compatible from an operational perspective,” said logistics manager Kristjansen during a tour of the new residence earlier this month.

“It’s all about sharing at the end of the day and having the ability to maneuver,” he said. “It’s expensive to work in the Arctic and sharing resources makes sense.”

The PSCP also looks forward to having more scientists use its facilities, year-round, he said — and Bergmann is the one who made that all happen.

“His legacy in the Arctic is actually more than I can ever imagine,” she said in a CTV interview last week from Winnipeg, Bergmann’s home base.

“Marty was a superb human being who wore his heart on his sleeve and was doing all that he could to promote the support and appreciation of Arctic research as an essential part of our Canadian identity — indeed as an enormously important opportunity nationally and internationally. He had a great gift with people, open and comfortable with all he met,” John England from the University of Alberta, who’s visited and studied the High Arctic for more than 40 years, told Nunatsiaq News.

Bergmann’s staff members say they miss “such a great man, so great for the Arctic.”

They continue to be reminded about Bergmann and the terrible events of Aug. 20 every time they look out their window, from which the wreckage is still visible.

Long after many forget about that day, they say they’ll “still be looking out their window” and thinking about Bergmann and the others who died in the crash.

Natural Resources Canada is compiling tributes, condolences and statements to provide to Bergmann’s family, which can be sent to Ottawa.pcsp@nrcan.gc.ca.

A memorial service for Bergmann is planned for this week, in Winnipeg on Aug. 29, at 11:00 a.m. at the Winnipeg Convention Centre on 375 York Avenue.

It will also be broadcast to Ottawa, starting at 11:30 a.m. in the Sala San Marco Banquet and Conference Centre on 215 Preston Street.

The service will be also available via live webcast on “Marty’s Book of Memories” on The Neil Bardal Inc. website.