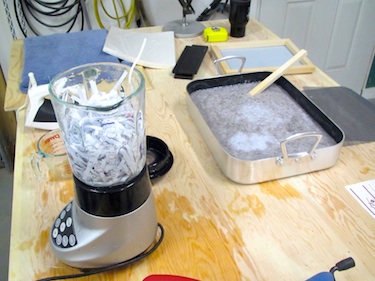 Then you cook and blend it…and dry and press the mash…and….(PHOTO COURTESY OF RED SUN PRODUCTIONS) 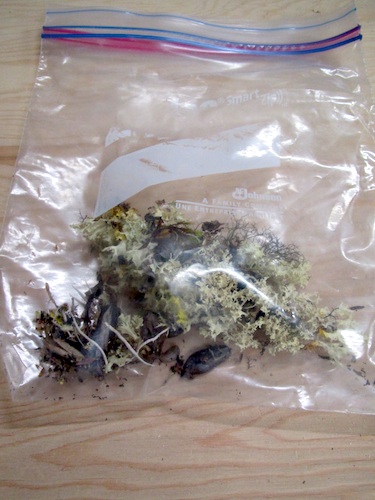 If you’re looking for that special northern Christmas gift for a special person, here’s the ticket: a photo of a muskox printed on muskox-poo paper.

It’s no joke. You can buy just such a photo from Red Sun Productions of Cambridge Bay — whose photos often appear in the Nunatsiaq News.

And the muskox-themed result looks great.

Derrick and Jennifer Anderson of Red Sun Productions started making the muskox paper about three years ago, inspired by a paper-making Kullik Ilihakvik elementary school teacher, Cyndi Foster, and Evelyn David, a paper maker from Edmonton, Alberta, who developed a way to make sheets of muskox-poo paper with students in the late 1990s.

But now the Andersons have their own unique recipe down pat.

First, they comb the land outside the western Nunavut community for dried muskox droppings, which they take home, clean and bag.

The next step involves boiling the droppings to soften them.

And no, they don’t do this in their kitchen but in a Coleman stove set up in the garage.

Does this soupy stuff smell? Yes, it does, Derrick Anderson said in a recent interview.

The result is then blended with bits of softened recycled paper, screened to remove any liquid and spread onto special presses to dry along with bits of local flowers gathered in the summer. These add colour, Anderson said.

The paper comes out a kind of grey colour, in 22″ by 24″ pieces which can cut and be fed into a photo printer.

You might buy the resulting image due to the “ick factor,” as Anderson put it.

But the handsome photos also sell “surprisingly easily” at local bazaars and also online — along with other photos, calendars and other products — through his Red Sun Facebook page or email at redsunproductions@netkaster.ca.

Anderson said he has had no trouble finding the raw material around town — although the muskox population in that area of Victoria Island has decreased, possibly due to disease, predators and inbreeding.

Red Sun Productions may be the only muskox-poo paper-making operation in Canada’s North, but around the world paper is also made with the droppings of other animals, including elephants, cows, horses and donkeys, which are also heavy in fibre. 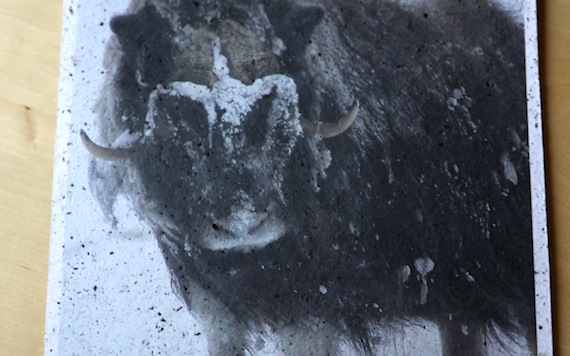 And here’s what the finished product looks like. (PHOTO COURTESY OF RED SUN PRODUCTIONS)