A show of seal skin solidarity on Parliament Hill 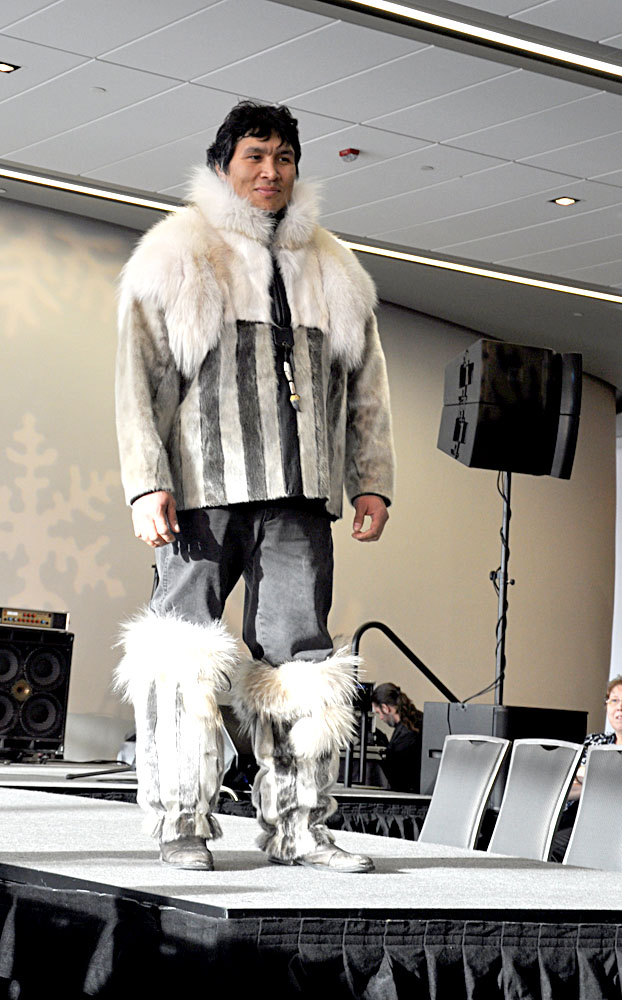 A model struts the runway in a seal skin jacket and boots at a fashion show Feb. 2 at the Northern Lights business and cultural showcase at the Ottawa Convention Centre. (PHOTO BY SARAH ROGERS) 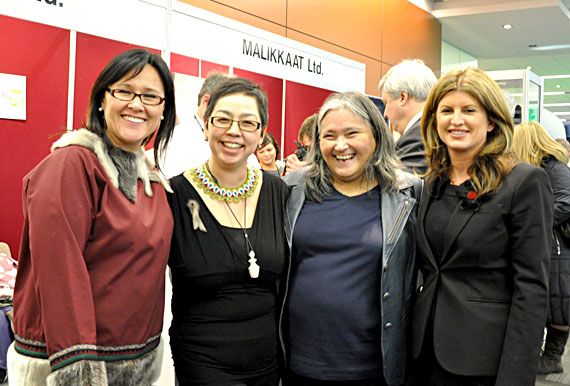 OTTAWA – Downtown Ottawa was awash with fuzzy accessories Feb. 2, as government officials and Inuit leaders donned seal skin in support of the industry.

Even Prime Minister Stephen Harper was spotted on Parliament Hill sporting seal skin, presented to him by Rankin Inlet mayor Pujjuut Kusugak, as part of a government show of support for the country’s controversial and troubled sealing industry.

“Canada’s sealing industry sustains thousands of Northern and East Coast jobs and the traditional way of life of a number of Aboriginal groups in our country,” said a Feb. 2 statement from the prime minister’s office.

“Our government will continue to vigorously defend this humane and highly regulated industry and to seek new international markets for Canadian seal products, including China.”

The Conservative government has been pushing to open the Chinese market for more than two years.

But Newfoundland NDP MP Ryan Cleary recently came under fire when he said that international bans on seal products may signal that the sealing industry is on its way out.

So the government of Nunavut, along with the Nunavut Arts and Crafts Association handed out hundreds of seal skin ribbons to members of Parliament and senators Feb. 2. Northern officials are in Ottawa this week to attend the Northern Lights business and cultural showcase at the Ottawa Convention Centre.

James Arreak, Nunavut’s minister of environment, said the GN was proud to hand out the seal skin lapels, crafted by Nunavummiut artisans.

And Arreak said he was pleased with the government’s solidarity with the industry, which he said remains an important economic and subsistence activity in Nunavut and other coastal regions across Canada.

Canada’s Arctic sealing industry is less commercialized that that on Canada’s east coast, but no less vital to Inuit. Seals harvested by Inuit hunters provide communities with a source of fresh, nutritious food that would otherwise be too expensive or unavailable to the average family.

In Nunavut, the GN estimates that the replacement value of seal meat as a food staple would exceed $5 million annually.

And seal pelts are also used to offset the high costs of living and hunting in Inuit communities.

But a growing number of seal bans within the European Union and Russia threaten the industry and livelihoods of people living in remote Arctic communities.

In Nunavut, the GN operates a program to purchase ringed seal pelts from the territory’s seal hunters, which are then marketed to national and international buyers.

Strolling through the cultural trade show floor at the Ottawa Convention Centre this week, though, you’d never know the Inuit seal hunt was hurting.

Craftspeople from across the Arctic displayed seal skin wares, from luxurious coasts to vests and bags and fuzzy flower clips.

With Parliament Hill as the backdrop, Northern Lights hosted a fashion show Feb. 2 coordinated by the Nunavut Arts and Crafts Association and the Kativik Regional Government.

The show featured the stylish creations of designers across Nunavut, Nunavik and Nunatsiavut; a variety of Northern-themed coats and coverings and many of them crafted with seal skin.

“Seal skin has become very important,” said NACA’s Rowena House. “And the popularity is growing in the north and the south. We’re noticing bigger [southern] designers incorporating seal into their fashions.”

Vicki Okpik, the long-time fashion designer behind Nunavik Creations, said the company’s seal skin products are selling more than ever.

“Customers are buying a lot of it,” Okpik said from the Nunavik Creations booth set up at Northern Lights. “We’re selling a lot of coats and leg warmers, which are hot items in the north right now, and in the south too.” 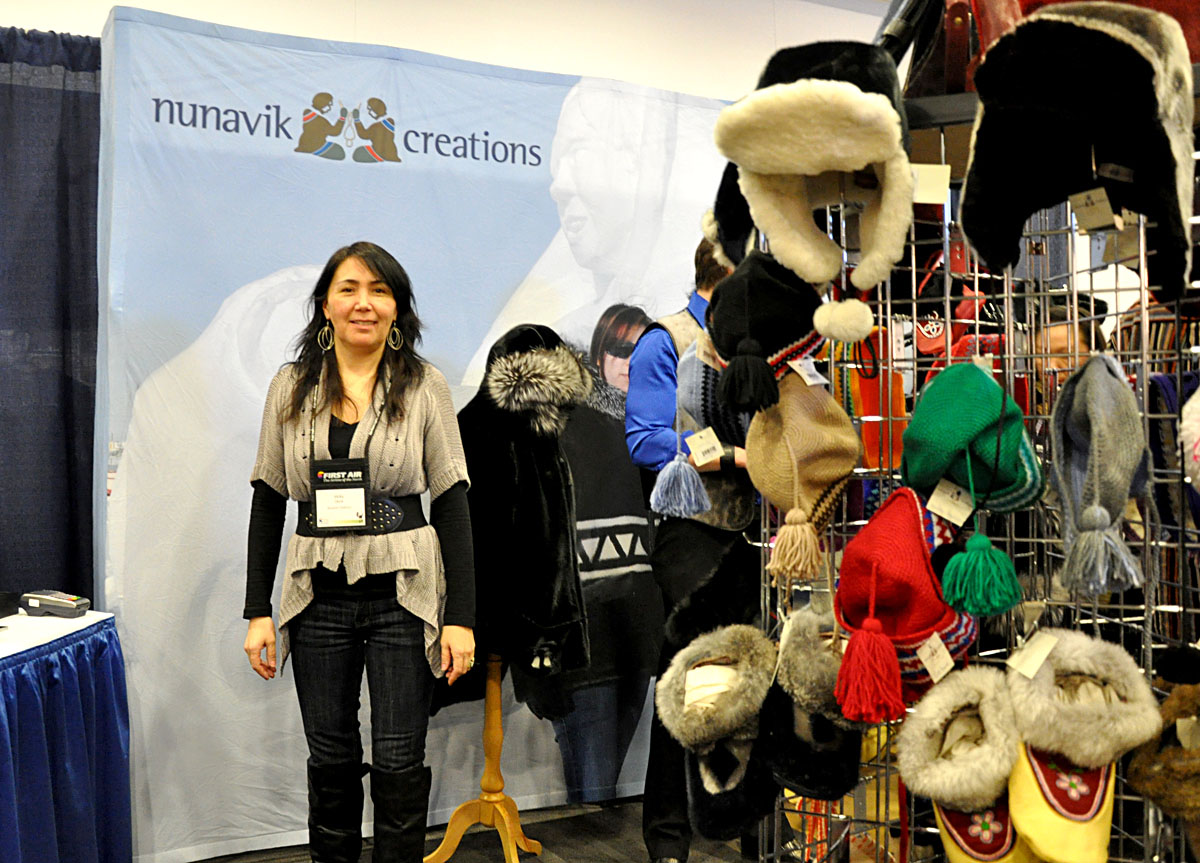