“These are the department’s own rules. We just expect them to follow their own rules” 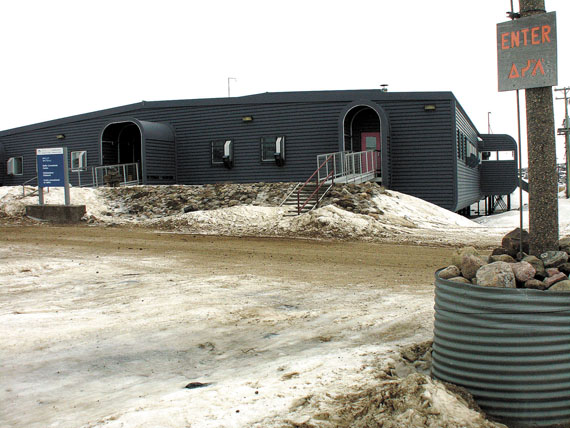 Baffin Correctional Centre staff were breaking the government’s own rules in the way they handled inmates placed in segregation, the Auditor General of Canada found. (FILE PHOTO)

Inmates at the Baffin Correction Centre who are isolated from the rest of the population and put in segregation do not get proper oversight to ensure their safety and security, the office of the Auditor General of Canada said in a report on the state of corrections in Nunavut March 10.

“That finding is important because inmates are vulnerable and placing them in segregation puts them into an even more vulnerable position,” Maria Pooley, a senior auditor, said at a news conference in Iqaluit March 10.

“One needs to make sure that the proper checks are in place to maintain their security and their safety while they’re in those cells.”

The justice department has designed those proper checks. But they’re just not enforcing them, Pooley said.

“We found that there was overall a strong lack of compliance in those areas.”

Because the territories don’t have their own auditors, the Office of the Auditor General of Canada periodically audits different government departments and programs. This time around, they looked at correctional facilities and systems in all three territories.

Nunavut’s 44-page audit report was perhaps the most damning, mainly because of the state of Nunavut’s principal jail, the overcrowded and decrepid Baffin Correctional Centre in Iqaluit.

Administrative segregation keeps inmates temporarily out of the general prison population, reflects a “security concern”, and is a decision made by the prison warden.

Disciplinary segregation occurs when an inmate has been found guilty of an offence against the offender code of conduct, and it must be ordered by a disciplinary board.

To gauge whether inmates placed in either form of segregation receive the appropriate oversight, auditors looked at three “key requirements”: justification, authorization and weekly reviews.

That means that documentation should exist to justify the segregation, after being approved by the appropriate authority — either the warden or a disciplinary board.

And the files of those in segregation for more than a week should have their case reviewed every week, the AG said.

But none of those requirements were consistently met, the report found.

Out of 21 inmates chosen at random, auditors found nine inmates had been placed in segregation a total of 20 times.

Out of those 20 times, BCC staff only documented authorization in five of those cases.

None of the 14 instances of administrative segregation had documented authority from the warden.

Perhaps the most serious lack of oversight, however, occurred among six inmates who auditors found had been placed in segregation for longer than a week.

The number of inmates who saw a weekly review was zero.

“For three of the six inmates in our sample who spent longer than a week in administrative segregation, we found none of the three key requirements were met,” the report says.

If the requirements are not met, “facility management does not have assurance that inmates are managed safely and in accordance with the corrections directive and standing orders.”

The department agreed with the recommendation in its written response, included in the report.

“The [justice department] will initiate an organizational and functional staffing review of the corrections division before June 2015 in order to identify gaps in service and capacity,” the department wrote in its response.

The justice department is currently rewriting its corrections legislation, the response continued, which will coincide with a review of current policies, directives and operating procedures scheduled to begin “early 2015”.

“When an inmate is segregated, somebody should be questioning whether or not that is valid,” Ronnie Campbell, Canada’s assistant auditor general told Nunatsiaq News March 10.

“These are the department’s own rules. We just expect them to follow their own rules.”