One hundred years ago — The death of Minik 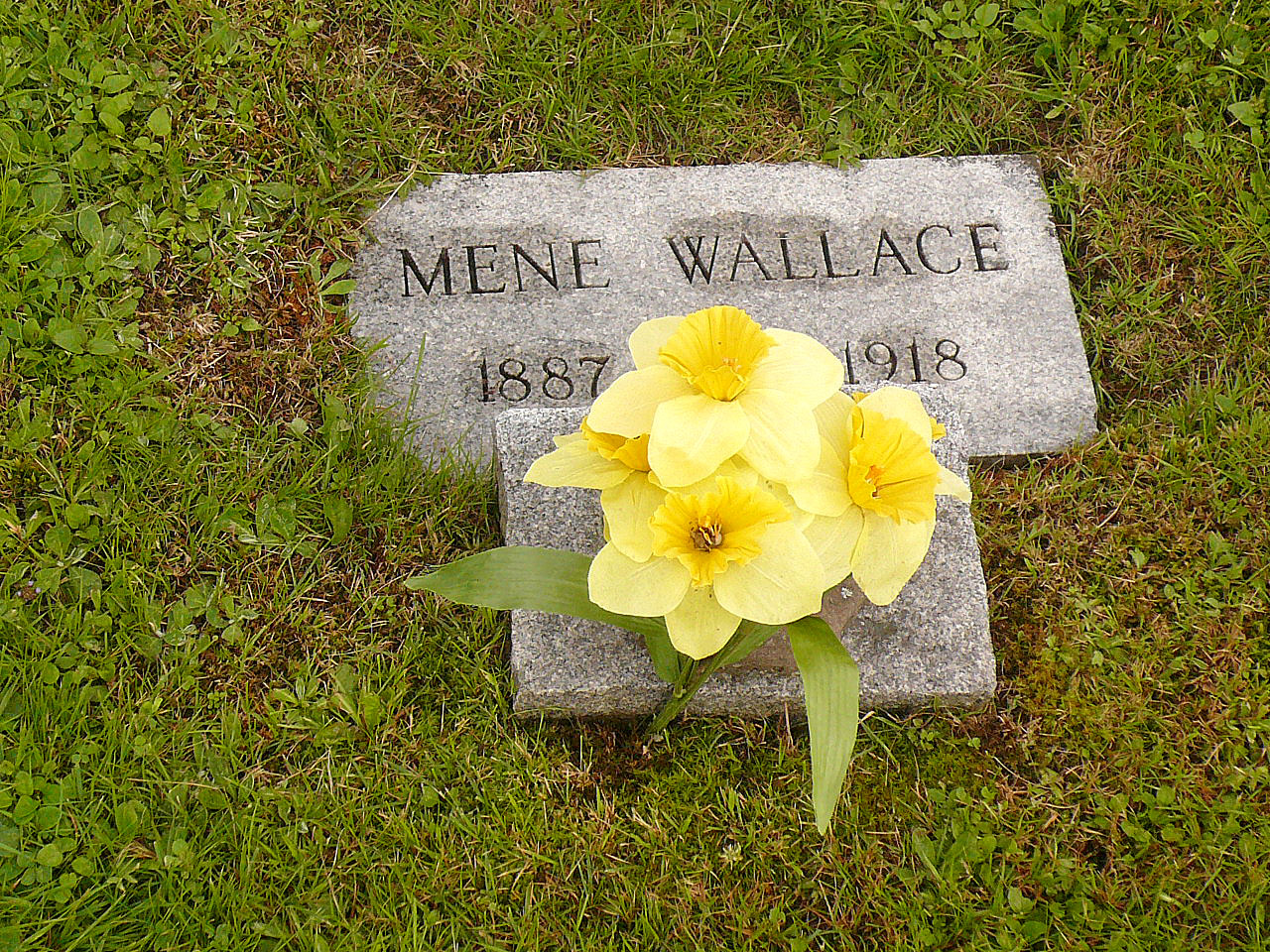 The grave of Minik Wallace at the Indian Stream Cemetery, near Pittsburg, New Hampshire, where Minik lived with the family of Afton Hall, a young farmer. Minik died of the Spanish flu on Oct. 29, 1918, 100 years ago as of this coming Monday. (HARPER COLLECTION)

This Monday, Oct. 29, marks the 100th anniversary of the death of Minik, known also as Minik Wallace and as “The New York Eskimo.”

His short and tragic life is the subject of a book I published in 1986, expanded and republished last fall.

Minik was one of six Inuit taken from northwestern Greenland to New York City in 1897 by the American explorer, Robert Peary, to be a living exhibit at the American Museum of Natural History. Minik, photographed with his bicycle, in Lawyersville, New York, where as a boy he lived with the family of William Wallace, an employee of the American Museum of Natural History. (HARPER COLLECTION)

His father was the first of the group to die. Some years later, while living with a foster family in New York, Minik experienced the trauma of discovering his father’s skeleton as an exhibit in the museum. The museum had staged a fake funeral to convince Minik that they had buried his father, but had in fact put him on display.

Minik eventually returned to Greenland after 12 years in the United States. He relearned his language and his hunting skills, and became an interpreter and guide for the next American expedition to visit the area. But he missed New York and returned there in 1916.

In the fall of 1917, Minik arrived in Pittsburg, New Hampshire, bound for a lumber camp for seasonal work. The lumber company maintained a large bunkhouse that was home to these out-of-state recruits. For a time, this was Minik’s new home.

Life here was different from anything Minik had ever known. The lumber crews were a mixed bag of French-Canadians, Poles, Finns, Swedes, and local Yankees, and among them were a fair sampling of misfits, rejects and the plain unfortunate. These were tough men, hard workers earning a living in a hard industry.

In Pittsburg, Minik determined to make a new start. His fellow lumberjacks were, like him, mostly young, single and self-reliant. Ironically, he spoke English much better than many of them.

He did his best to fit in, and for the first time in his life he succeeded. The people of Pittsburg thought him a good worker and a genuinely “nice fellow to have around.” The cover of Minik: The New York Eskimo, an expanded version of a book the author first published in 1986. This edition was published by Steerforth in September 2017 and is distributed by Penguin Random House.

The work was hard. In this mountain environment, the winters were long and harsh. It wasn’t as dark as the sunless winter months of northern Greenland, but it could be just as cold.

Minik soon tired of living in the company bunkhouse with his rowdy fellow workers. He would rather spend his evenings reading and working sporadically on his autobiography.

So he built himself a tiny shack across from the little cemetery where the bodies of unclaimed river drivers were buried. Here he could be alone and keep his books.

Early spring was known as “mud season.” The lumber camps closed down then. Those who were not needed for the river drives were let go.

But Minik didn’t board the train in North Stratford to leave in the spring of 1918. During the winter, he had formed a strong friendship with a local farmer.

Afton Hall was just a few years older than Minik. Quiet and reserved, he was single and lived with his parents in a tidy frame house in rural Clarksville, high on a hill overlooking the Connecticut River and Pittsburg.

Like his relatives and all the other farmers in the area, Afton worked for Connecticut Valley Lumber in the winter. Minik had met him in the camp.

When mud season brought the winter’s work to an inglorious end, Afton had invited the Inuk to come and live with the Hall family. Minik spent the rest of the spring, summer and early fall with them.

He helped about the farm, taking part in the planting and the harvest, as well as the milking and routine chores. The Halls were poor folk and had nothing to offer him except their hospitality. That was enough for Minik. He was content to work for his room and board. He loved it there. With the Halls, he was no one special. He was not the adopted Inuit son of a seemingly wealthy local businessman and philanthropist, shown off as a curiosity.

Nor was he the wronged Inuit boy that he had been for a time in New York City, pandered to by the press in search of sensational copy. Here he was virtually anonymous, and he was content to have it that way.

He seldom even went into town. He preferred to remain on the farm and spend his free time wandering the hills, valleys and riverbanks of the surrounding countryside.

He felt a part of the Hall family, and they made him feel at home. The independent, old-time families of the North Country, as that part of New Hampshire was known, are a reserved lot.

As one long-time resident put it, “It’s hard for them to take a stranger into their hearts. If he hadn’t been a good worker, he wouldn’t have kept a job here long.”

But the Hall family did take Minik into their hearts. Minik told Afton that he never wanted to leave. That was fine with Afton and his parents. Minik was welcome to stay.

But it was too good to last. In the fall of 1918, just as the men had returned to lumbering, the Spanish flu swept the camps, as it swept the world.

The sick from the camps were brought in and laid out on the bunkhouse floor, each with his own blanket. A doctor came once a day to remove the dead and do what he could for the living.

The dead were buried immediately; those with no identification were interred in a common grave. But Minik Wallace was not among those.

The flu hit him hard. But Afton Hall would not hear of him suffering his illness in the common bunkhouse. He took Minik home, where both his own parents were already down with the flu. There Afton nursed him, but to no avail. After a short illness, Minik died of bronchial pneumonia.

“…I would like to get into communication with Mr. William Wallace [Minik’s adoptive father] that I might inform him of the death of Minik at my home October 29 of pneumonia following influenza. Although everything possible [was done] that the best physicians could do, the fight seemed against him from the start, and he only lived seven days. The doctors said he must be buried at once, so I had him interned [sic] in the cemetery here. He often spoke of you and your brother, and … yours was the only address I found among his papers.

“Our home was a regular hospital for six weeks.… My father is just up around the house, and I wish poor Minik was also.”

Minik was buried in the little cemetery on the banks of the Indian Stream the day after his death.

His grave, covered with a small stone placed there by the Hall family, is on a knoll overlooking a bend in the slow-moving, meandering stream.

This column is adapted from Minik, the New York Eskimo (2017).