The climate is changing, and so are Arctic berries 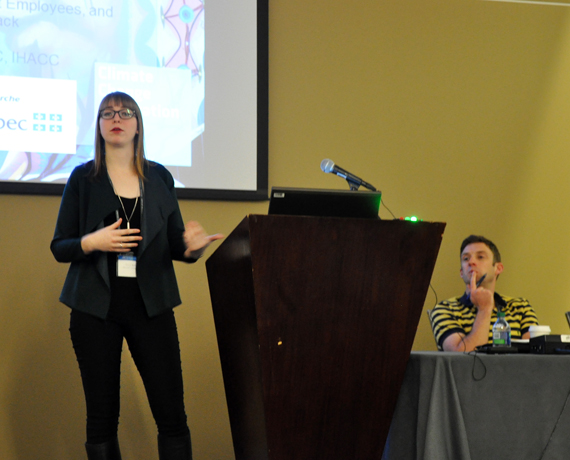 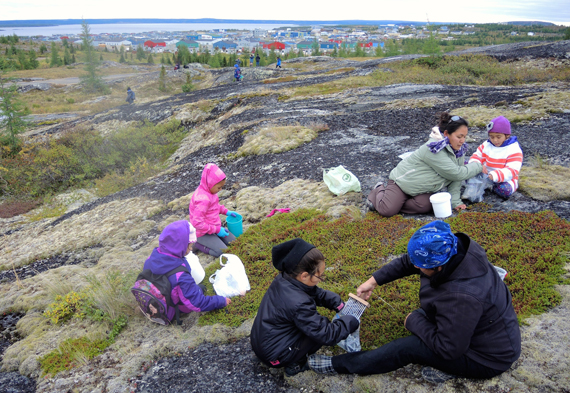 OTTAWA — How are Inuit communities around the world adapting to a warming climate?

That was the focus of a Dec. 10 morning session at this week’s Arctic Change 2014 conference in Ottawa.

And, not surprisingly, many of the researchers’ presentations featured collaborations with Inuit hunters. Their PowerPoint presentations were filled with photos of parka-clad hunters — the majority of them men — out on the land and sea ice.

But when McGill University graduate student Anna Bunce started to look at climate change and adaptation in Iqaluit three years ago, she wanted to include the perspectives of Inuit women, too.

Bunce looked to the land and community harvest no less.

“When I asked participants what kinds of changes they’d seen on the land, most mentioned caribou,” Bunce said during her presentation.

“But the second most common thing they said was berries. Women talked a lot about how berries were changing, that they were seeing more ‘bad’ years for berries.”

During the last three years of research Bunce has conducted in Nunavut’s capital, Inuit women have described a decline in the quality and quantity of the berries that grow on the hills outside their community — blueberries, crowberries, cloudberries and others.

Berry picking is part of an annual early-autumn tradition, when Inuit — typically women — are seen squatting on the tundra filling pails with the highly nutritious tundra fruits. Berries are used to make jams, sweets, teas and also frozen to save for winter.

But the women Bunce interviewed reported that more and more often, berries are seedy and less juicy, and generally less accessible.

She can’t say for certain what the exact conditions are for a good or bad berry season. Inuit have suggested that warm and wet conditions often translate to a good berry harvest, but it depends on who you talk to, and when those conditions happen.

But while a changing climate might be a factor in poorer berry harvests, the rapid growth of Iqaluit as the territory’s capital city has meant the expansion of housing and other development.

And that’s pushed the berry-picking areas farther away from the community, Bunce said.

“Traditionally, berry picking was a very accessible activity,” she said.

“If you have a bucket and a free hour, you could get out there. Now areas that used to be good for berry picking aren’t any longer, and women have to travel farther to access them.”

That’s not just a cultural or food security issue, Bunce discovered; the women she interviewed said berry picking was also an important activity for mental health.

Because the majority of women Bunce interviewed work full-time, they also have less time to get out onto the land to harvest.

That’s spurred a small market for berries; patients from around the Baffin area travelling to Iqaluit’s Qikiqtani general hospital often bring bags of berries with them to sell, or give to family members.

In one of the more extreme cases Bunce noted, an Iqaluit woman she interviewed charters a flight to Kimmirut each year to pick berries around the small Baffin community.

“The cost of chartering a flight really speaks to the value this has to women,” she said.