“It has become, over time, an identity marker for Nunavimmiut.” 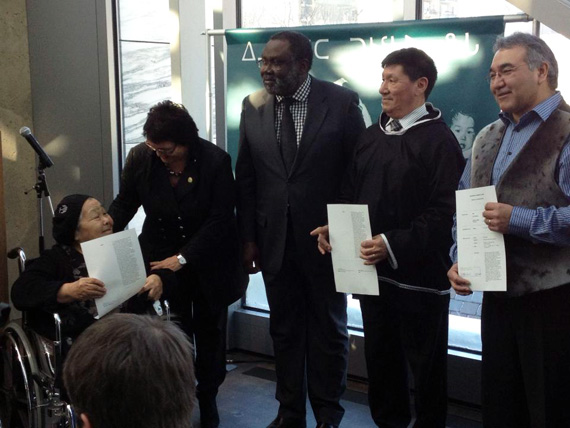 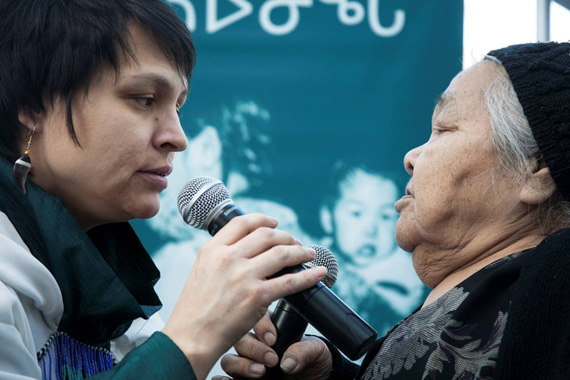 Quebec’s cultural heritage has long included things you can see: artefacts, architecture and photos of famous people who have since passed.

But now the province recognizes something you can only hear; on Jan. 28, Quebec designated Inuit throat song as an immaterial part of its cultural heritage – the first designation of its kind.

“Within the Inuit nation, elders protect and perpetuate the cultural experience,” said Quebec’s minister of aboriginal affairs, Elizabeth Larouche, in a Jan. 28 news release. “These elders ensure the transmission of the traditional values of their people to the younger generations.

“Throat singing is a prime example,” she said. “It has become, over time, an identity marker for Nunavimmiut.”

To illustrate that, different generations of throat singers performed at the Jan. 28 event; Evie Mark from Ivujivik, Pauyungie Nutaraaluk from Inukjuak and elder Alacie Aulla Tullaugaq from Puvirnituq.

Throat singers make sounds imitating sounds in nature, carrying on a rhythm until one person laughs or loses their breath.

Avataq Cultural Institute president Charlie Argnak said that Nunavimmiut were honoured to see throat singing designated as a part of Quebec’s heritage, adding it was a step towards including Inuit culture as part of Quebec’s identity.

As an oral tradition, throat singing is Quebec’s first heritage designation that carries no physical form, under the province’s Cultural Heritage Act, which came into force in 2011.