Teachers not in Nunavut need to come back to ensure learning continues, minister says 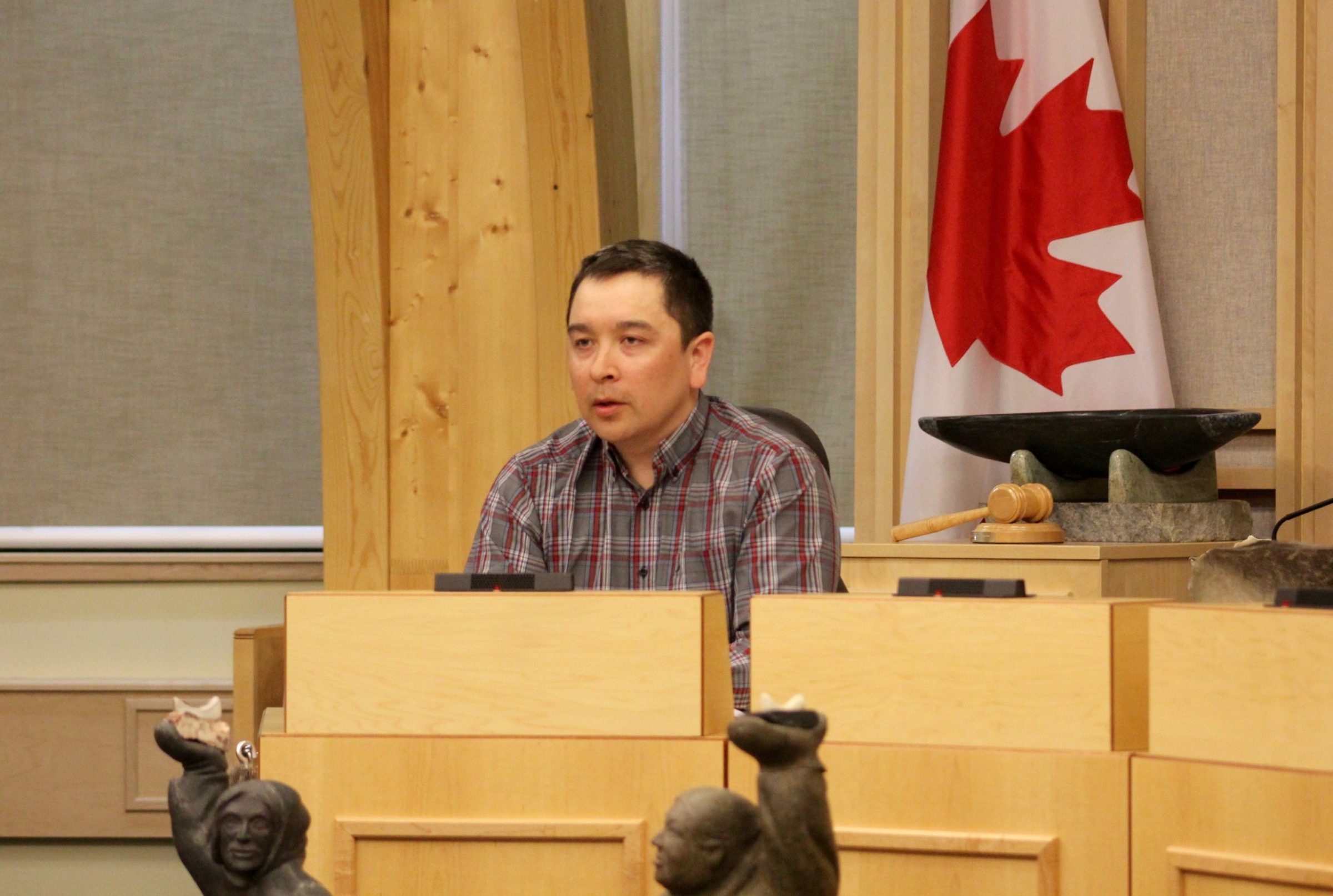 David Joanasie, minister of education, speaks at a daily press conference on Wednesday, April 8. Joanasie told reporters that all school staff outside the territory must return by April 21. The territory’s chief public health officer will determine when it is safe for students to go back to school, Joanasie said. (Photo by Emma Tranter)

Nunavut’s education minister is clarifying his department’s decision to order all school staff currently out of the territory to return to Nunavut.

Speaking at a daily press conference on Wednesday, April 8, David Joanasie told reporters that schools in the territory would only reopen on the recommendation of Nunavut’s chief public health officer.

“Yesterday the Department of Education sent a letter to all school staff about returning to work in their home communities on April 21. It is for staff only,” Joanasie said.

That letter ordered all school staff to return to their home communities by April 21.

“This is a mandatory return-to-work date,” the letter said.

Premier Joe Savikataaq said he had received “several calls and messages” about whether students would also return to school on April 21.

“This has not been decided. Dr. Patterson will determine in the coming days and weeks if the closure will be extended or not,” Savikataaq said.

“We need our staff back at work by April 21 to prepare for our students’ success and focus and next steps in their learning journey,” Joanasie said.

There are still no confirmed cases of COVID-19 in Nunavut. As of April 8, 369 people have been tested, while 114 have been cleared and 255 are still under investigation.

To come back, Nunavut school staff need to follow the same isolation requirements as other residents returning to the territory. That means a 14-day quarantine period in one of four hotels designated by the GN before flying back.

“Our students deserve the same support and this is why we are asking teachers to work during this time. Teachers returning to work will focus on supporting students in their education and well-being by developing learning packages. This is particularly important for students that do not have access to online resources and those who are on specialized learning plans,” Joanasie said.

Like other residents returning to Nunavut, school staff will have to pay for their airfare. The cost of food and accommodation while in one of the hotels in the south is covered by the GN.

Joanasie said during the COVID-19 pandemic, all GN staff are expected to work from within the territory, including teachers.

“This is so that they can develop and prepare continuity of learning plans in the case that the school closure is extended,” Joanasie said.

“We will address any requests from staff who currently are out of the territory to work remotely on a case-by-case basis.”

Joanasie said there are several reasons why school staff may have left the territory during school closures, including medical travel or vacation.

“Given the situation, there were recommendations when the original closures were announced that non-essential travel be limited. There were strong recommendations not to leave…. There’s some staff that left during the spring break or various other personal reasons, I can’t speak for them. Learning still has to continue in either case,” he said.

“The Department of Education has been in continuous contact with the Nunavut Teachers Association and the Coalition of Nunavut DEAs. They both support the decision to bring teachers back to work to ensure that students can continue to learn and are supported during school closures,” he added.

“These teachers are residents of Nunavut as well. We’re at the tail end of a two-week mandatory isolation period for a number of residents that are coming home,” Hickes said.

This weekend, the first flights carrying Nunavut residents who have completed the mandatory 14-day isolation period in the south will land in the territory.

“I really don’t want communities to feel that these people are not welcome,” Hickes said.