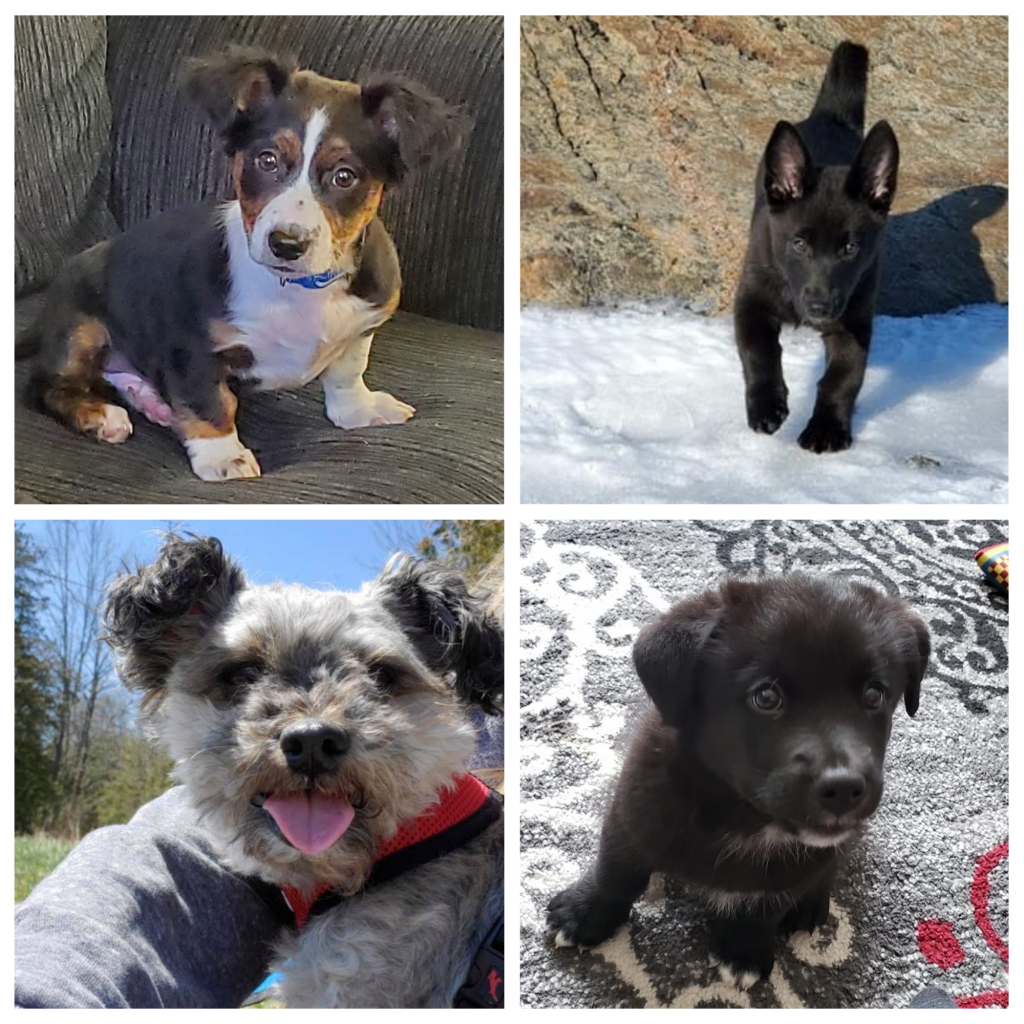 Since the start of the pandemic, the Iqaluit Humane Society has seen a surge in requests from Nunavummiut who want to foster or adopt a furry friend.

“We’ve processed more adoptions in two months than we probably have in a year,” said Janelle Kennedy, president of the humane society.

Around 20 dogs have found foster homes since in the past few months, Kennedy said. A number of those are now jokingly referred to as “foster fails,” meaning the person decided to adopt the dog.

There is no fee to foster a dog from the humane society, which accepts dogs from across the territory, and foster periods can range from a weekend to multiple weeks, Kennedy said.

“Having a pet is a big commitment. You have to have the time to … make it part of your routine, spend time socializing them, exercising them … I think people have just seen it as an opportunity to spend their time in a different way and consider having a pet,” Kennedy said.

The shelter has also been reminding people that although it’s nice to be home with a pet all the time, dogs also need to learn how to be alone.

“Separation anxiety is going to … become a thing when people are back at work,” she said.

Kennedy said because the shelter has a thorough vetting process, she isn’t worried about people returning adopted dogs after the pandemic. 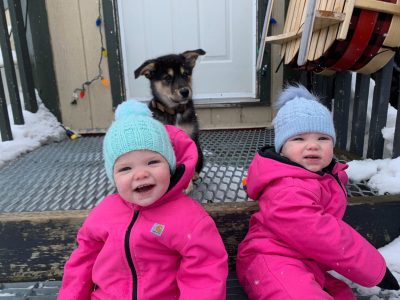 Bauer, a recent adoptee from the Iqaluit Humane Society, pictured with the youngest members of his new family. (Photo courtesy of Julia Macdonald)

“We vet people pretty strictly.… We try to make sure that people understand that this is a lifelong commitment. We ask things like, ‘What’s your work life when you are at work? If you’re a shift worker, what are you going to do with your pet when you’re back to working shift work?’ If people don’t have a plan or they can’t convince us that they have a good plan, then we dig a little deeper,” she said.

As for fostering, the process ultimately makes a dog more adoptable, Kennedy said.

“It actually helps us find them a home faster because we can tell a potential owner, ‘He doesn’t jump on the couch, or he doesn’t chew furniture, or he doesn’t pee on the walls.’ We can tell potential adopters a lot more about the animal than we can in a very small shelter.”

Foster homes can also help reinforce training and good habits for the dog. Spending time in a home is also good for the mental well-being of a dog who is used to living in a cage, Kennedy said.

“If a home can offer them something better and more psychologically stimulating than four walls in a cage, then the benefits are still better for the dog than being part of the shelter.”

Julia Macdonald, who lives in Iqaluit, recently adopted an eight-week-old puppy from the humane society. With her fiancé, who normally travels for work, working from home, she figured it was a good time to adopt.

“We always wanted a dog but haven’t really had time.… So we figured why not, it’s kind of the best time to do it. It’s definitely kept us on our toes. We just wanted to take advantage of the time he had off work and everybody being together to train a dog,” Macdonald said.

The dog, named Bauer, has quickly fitted in with Macdonald and her family.

“It’s nice to have the family quality time with the dog. He listens to all of us. He’s really just been a comedian, something extra to put our attention on and not just focus on COVID-19.… We have this little dog that is completely taking all of our energy,” she said.

Sabrina Dent-Hastie has fostered dogs from the Iqaluit Humane Society for over three years. During the first few weeks of the pandemic, she, like so many other Nunavummiut, was working from home. 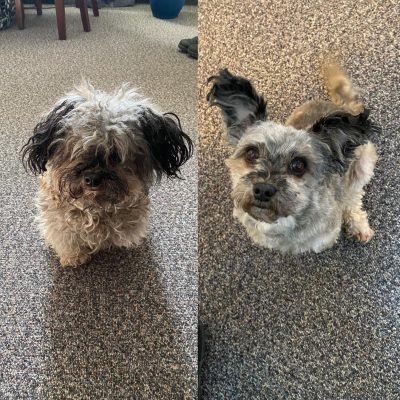 Luna pictured before and after her foster mom gave her a haircut. (Photo courtesy of Sabrina Dent-Hastie)

She was soon introduced to a dog who came to the shelter in rough shape and immediately decided to foster her.

“I don’t think she could see because her eyes were so full of debris and hair. So the first thing I did was cut her bangs and then I saw these cute little eyes. I gave her a bath. It actually took two haircuts to get her looking better,” Dent-Hastie said.

The dog, Luna, was eventually adopted in the south.

“She definitely brightened up my life for the couple weeks I had her,” Dent-Hastie said.

Dent-Hastie said she thinks the fact that people are seeking companionship in a pet isn’t anything new.

“It’s just on a larger scale where everybody’s kind of experiencing the same stress at the same time,” she said.

“Animals have such a special way of making you feel happy and calm in uncertain times.”

Although the pandemic has resulted in more happy homes for pets, it has also presented some challenges for the humane society.

Because of strict travel restrictions, vets who would normally come to the territory are not able to, Kennedy said. And because there is already a lack of vets in Nunavut, pet owners in the communities will be waiting a long time to get their animals spayed or neutered.

“We’re falling behind on being able to provide that service to people. It’s impossible. If they’re not Nunavut residents, we can’t fly them in,” Kennedy said.

Before the pandemic, the humane society had received funding to run a vet clinic in Kinngait and Pond Inlet, Kennedy said. Those clinics have since been cancelled, but Kennedy hopes they can run them in the future,

The humane society, a non-profit that runs on donations and volunteers, is also facing a financial challenge.

“We can’t do our fundraisers like we normally would. Anything that would require gathering people together to help raise funds for the shelter, we can’t go ahead with. People are also not spending as much right now,” she said.

“We’re always just on that knife edge of whether we’re open or closed. So it’s quite perilous sometimes.”

Instead of fostering or adopting, Dent-Hastie said there are other ways to support the humane society.

“If you aren’t able to foster or adopt, making a donation is always super helpful to local animal shelters. Our shelter here is run completely on donations and almost all volunteers. Share their posts on social media, or pick up a bag of dog food if you can.”