Nutrition North subsidies lower prices per kilogram on some items

“It was a very quick decision made by the federal government” 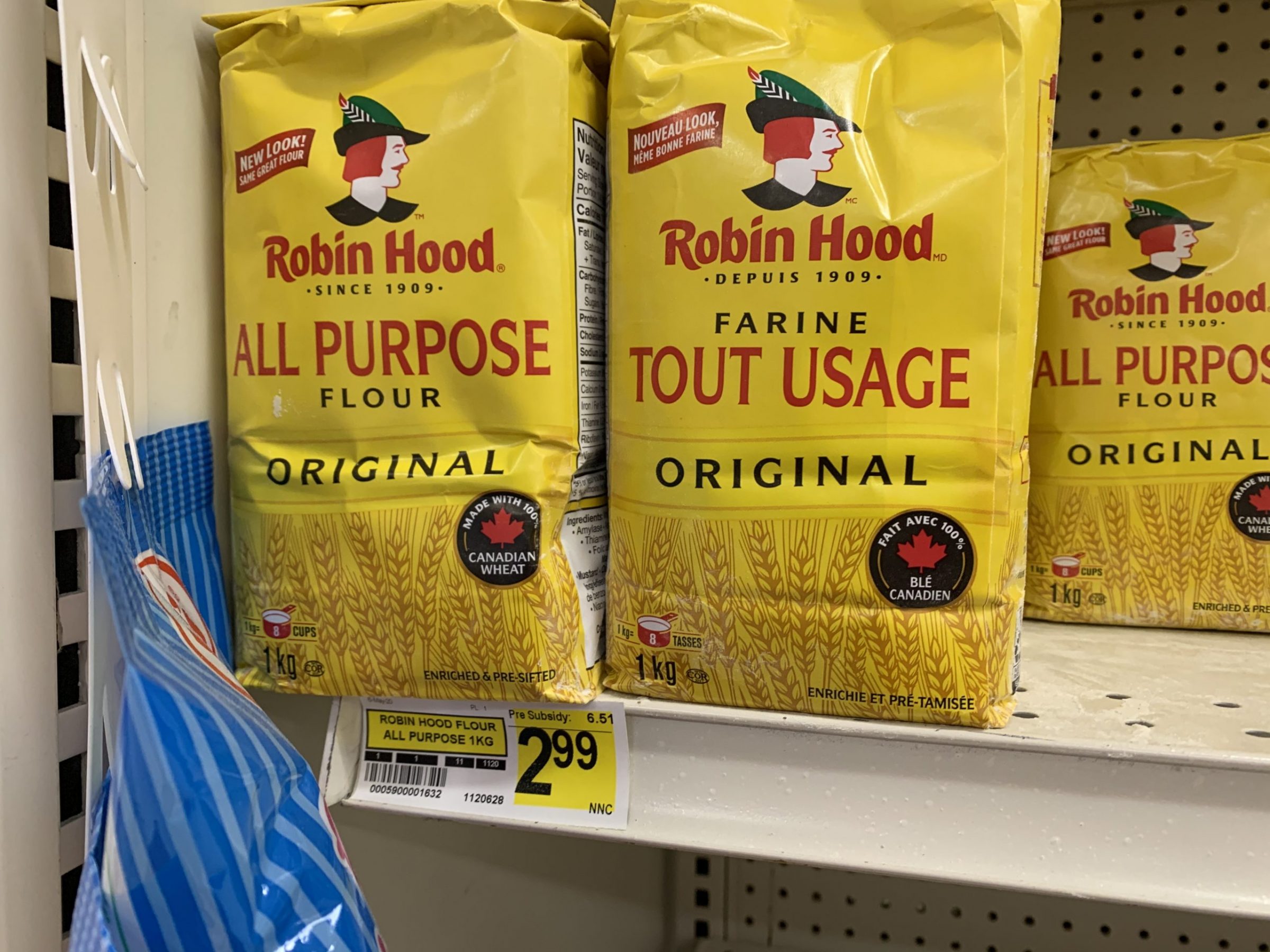 A one-kilogram bag of flour at Northmart in Iqaluit is priced at $2.99 after an additional Nutrition North subsidy kicked in on some items on May 1. (Photo by Emma Tranter)

The boost given to the federal government’s Nutrition North food subsidy program during the COVID-19 pandemic has led to substantial savings for northern residents, says the Northwest Company.

On April 14, the federal government announced an additional $25 million for Nutrition North, including increased subsidies on certain items starting May 1.

The Nutrition North program has three levels of subsidy for food shipped by air.

The new money meant an additional $1 per kilogram subsidy on items such as fruit, vegetables, bread, eggs and flour.

It also included an additional 50 cent per kilogram subsidy on things like frozen fruits and vegetables, milk, infant formula and baby food.

“It was costed to provide additional savings on food and essential items that northerners depend on during the pandemic,” a spokesperson from Crown-Indigenous Relations and Northern Affairs Canada told Nunatsiaq News in an email.

People in Iqaluit noticed the additional subsidies, which are in effect until March 31, 2021.

“It was a very quick decision made by the federal government and we had one month to implement this,” Larry Fortes, the director of sales and operations at the Northwest Company, told Nunatsiaq News.

“What you found was for example, for milk, customers were drawn to the four litres, whereas maybe they used to buy a one litre because of the affordability,” Fortes said.

“Traditionally, we would sell the odd 10-kg bag of flour, and all of a sudden we’re selling nothing but 10-kg bags of flour. So it changed those customers’ habits.” 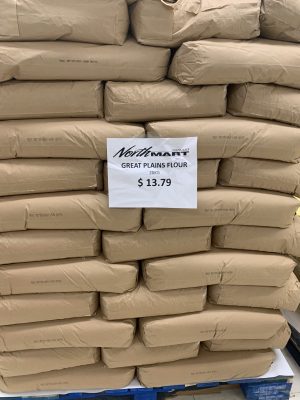 Twenty-kilogram bags of flour stacked high at Northmart in Iqaluit are priced at $13.79. (Photo by Emma Tranter)

Duane Wilson, vice-president of stakeholder relations at Arctic Co-operatives Ltd., said the subsidy is the same for all eligible stores, but the final prices of items depend on things like freight costs.

“It’s hard to compare market to market. Some markets it’s easier to get freight in. The NNC subsidy would have been the same on the items, but the retail [price] may not be because of the cost to get it into the markets,” Wilson said.

Other new items added to the subsidy list include canned fish and legumes, personal hygiene products, hand sanitizer and soaps.

The annual budget for Nutrition North Canada in 2018-2019 was approximately $99 million, CIRNAC said.

“The $25 million dollars was an additional annual investment in NNC, so it didn’t change the program… Looking at the different levels, Level 1 and Level 7 saw those dollars basically allocated. So that’s how they reallocated that additional investment,” Wilson said.