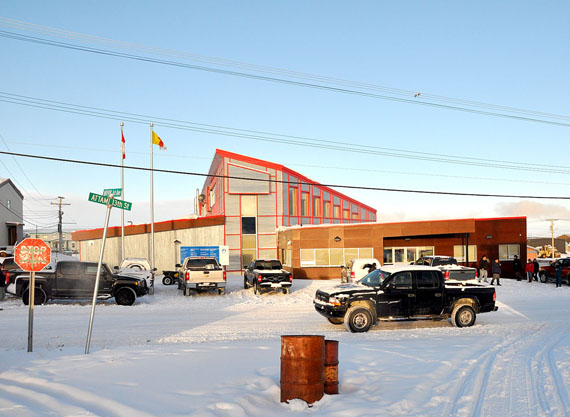 The Nunavut Trades Training Centre in Rankin Inlet opened its doors to Nunavut Arctic College trades students in September but a ceremony to mark its opening was held just this week. (PHOTO COURTESY NAC)

The $23 million facility was built to support a made-in-Nunavut supply of trades people to be employed in local communities and mining operations.

There are 33 students now enrolled in programs at the centre, with a capacity to accommodate 88 more.

The trades centre will host a mine industry access program in 2011, which is expected to help direct Kivalliq residents into the regional mining industry.

“This is a first class facility that can be expanded on,” said Kevin Bussey, head of the Kivalliq Mine Society. “We’re delighted to have it here in our community.”

The building was designed by Yellowknife’s FSC Architects and Engineers, who also designed the Piqqusilirivik Inuit Cultural Learning Facility in Clyde River.