A direct election for Nunavut premier? Just take it step by step

“If Nunavummiut want it, direct election for the premier could be implemented for the 2021 election” 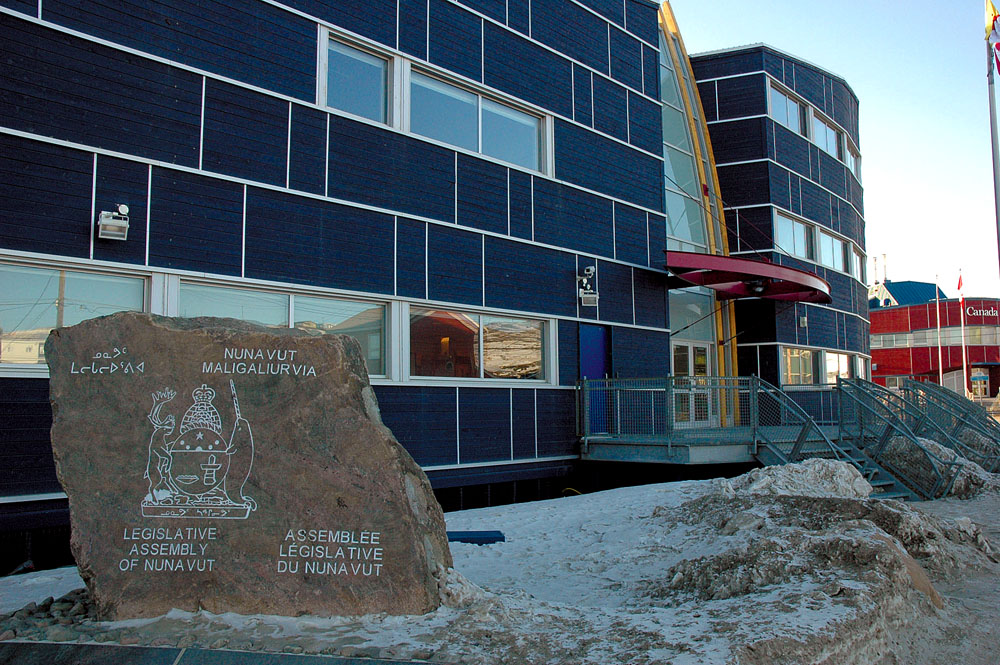 Could a system for directly electing a Nunavut premier be implemented by 2021? (File photo)

By Monica A. Connolly
Special to Nunatsiaq News

When the Legislative Assembly of Nunavut reconvenes in October, one motion should be passed quickly and unanimously: a plebiscite needs to be held on the desirability of the premier being directly elected by the voters.

A constitutional change of this magnitude can legally be made by the legislative assembly on its own, but by tradition, should not take place without the clear support of a majority of the voters themselves.

One of the more admirable qualities seen in this legislature is a tendency of the MLAs to listen to the people. Question period is full of comments such as, “I hear from my constituents…”

When the issue of direct election of the premier came up a month ago, there was no indication of how much support there would be for the idea, either from voters or MLAs. Surprisingly, formal media interviews, comments and editorials, Facebook discussions, and even one online survey quickly showed that many Nunavummiut have strong feelings on the subject, one way or the other.

A referendum or plebiscite is similar to an election, except that instead of voting for a person, voters give their opinions on proposed policies or actions.

The procedure for this plebiscite is for the legislative assembly to decide to hold it, to consult with Elections Nunavut on the question, date, cost, etc., and then to issue formal instructions to Elections Nunavut, which holds the vote and announces the result.

Such a plebiscite would be advisory rather than binding, unless it is formally stated otherwise by the legislative assembly.

In Canada, and Nunavut in particular, there have been a number of plebiscites on constitutional matters, such as the possible separation of Quebec, the Nunavut boundary, the Nunavut capital, and whether or not to have a male and female MLA in each Nunavut riding.

These have tended to be advisory and to have taken place before the detailed work of implementation started, although the first Quebec separation referendum did promise a final approval referendum (which never became necessary).

There are two reasons, in my opinion, why a plebiscite should be held as soon as possible. While recent media activity suggests considerable support by Nunavummiut for direct election of the premier, there is nowhere near the sample size to prove majority support, and the issue was never brought up in an election.

Some sort of mandate is needed for a change or for keeping the present system. Furthermore, this is a well-researched issue with the advantages, disadvantages, and implementation questions already thought out and published: if Nunavummiut want it, direct election for the premier could be implemented for the 2021 election.

As I see it, a plebiscite could be approved in October 2019, held in early 2020, six to 10 months from now, and legislation could be passed in time for the 2021 election.

Jim Bell was right that there is a question here of the balance of powers among premier, cabinet and MLAs. Note that this is not a zero-sum situation, where power given to one part of government is exactly balanced by power taken from another part.

The final approval of a system of direct election or of the continuation of the present system could bring greater or lesser respect—and therefore power—to the whole legislature.

For myself, I support the direct election of the premier because the existing system does not present the people with a choice of visions for the future. This system was developed in the Northwest Territories some 40 years ago, when the commissioner still had great power.

Times have changed, and the Nunavut legislature needs territory-wide dreams and direction, and stability in its leadership, not a perpetual state of minority government managing the status quo.

The question on the plebiscite needs to reveal if Nunavummiut want their premier elected directly or elected, as at present, by the MLAs. That should be a good enough mandate to start drafting legislation if direct election is chosen.

MLAs may want to ask a few other questions at the same time, or leave them to the legislature. For example: could MLAs remove an elected premier if they so wished? (I think it highly unlikely that Ottawa would agree to having a Nunavut premier who was not responsible to the MLAs. That’s an American custom, not British or Canadian.)

Should removing a premier by a vote of non-confidence trigger a general election, so that MLAs who effect a change of government risk their own jobs, too?

There are other questions, mostly procedural, not policy, which can be worked out by the legislative assembly and its staff as they draft legislation.

So where do you go from here?

This summer, the MLAs should be confirming with their constituents that enough people are interested in a change to justify holding a plebiscite. That is the first decision that has to be made, and should be made in October. If you want a plebiscite, you should tell your MLA.

The citizenry and the press should also be discussing the pros and cons of direct election, so that public opinion will be well informed, a discussion that needs to continue to the vote itself and beyond.

I haven’t said anything about parties. I have watched several sittings of the assembly online, and have not seen any evidence of party-like divisions. Parties are not legislated, they grow, and then are granted recognition.

Perhaps competition for the premier’s role will sow the seed for political parties, perhaps not. I look forward to Jim Bell’s comments on this topic.