“Many unsubstantiated rumors have been circulating” 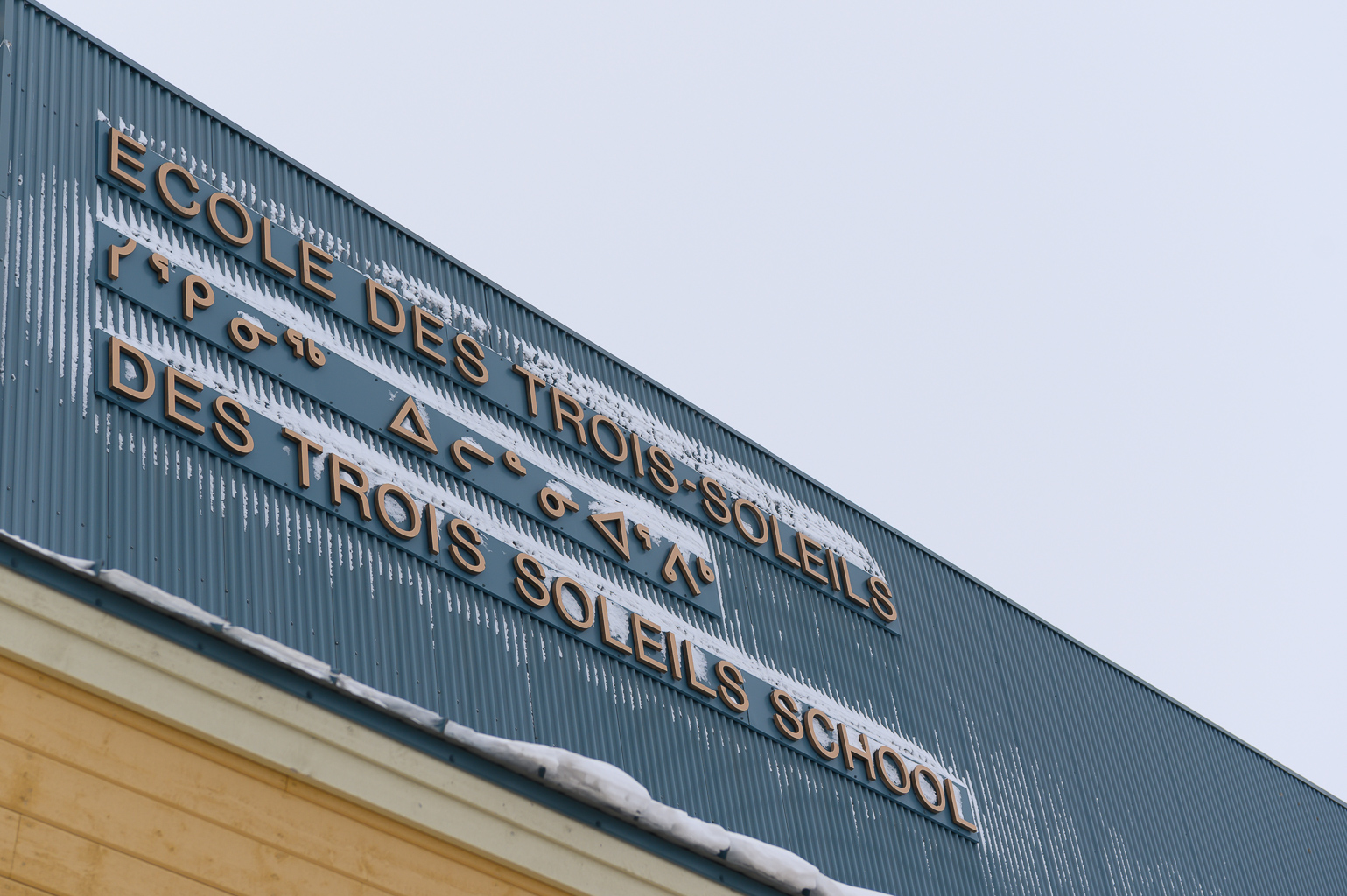 Upheaval and confusion appear to have marked the first part of this academic year at Ecole Trois-Soleils, Iqaluit’s French-language school, following the departure of two senior staff since November.

Leonie Aissaoui, the director general of the French school board, la Commission Scolaire Francophone de Nunavut of CSFN, left her position Nov. 18, while Belkacem Taieb, the school principal, has been on a leave of absence since some time in November, according to an email sent by the school board to parents.

Taieb, who started working at the school in August 2019, holds a PhD in education from New Zealand’s Victoria University of Wellington. He is the author of a book called Decolonizing Indigenous Education, on education among the Berber/Kabyle people of Algeria, and had previously worked widely with Maori in New Zealand.

In an emailed statement, Nunavut’s Department of Education said it supports the CSFN’s operations, governance, and authority, as outlined in the Education Act, and could not comment on the departures of Aissaoui and Taieb.

“For reasons of confidentiality, the department cannot comment on ongoing human resources issues. The department and the Government of Nunavut work to ensure that proper human resource processes are followed in dealing with any issues at École des Trois-Soleils and other schools across the territory, and to ensure the education of students is not impacted,” the Education Department said.

The CFSN did not return a request for an interview.

As a replacement for Aissaoui, Marc Dionne was hired on a contractual basis, “in order to ensure the continuation of services” at the CSFN, one of the CFSN releases said.

Nadine Petnkeu, a teacher at the school, took over from Taieb as acting principal, the release said.

The two releases that discussed the staffing changes were signed by Nancy Guyon, the president of CSFN.

Goyon was sworn in to the position in early November with Mathieu Parker sworn in as vice-president, along with board members Collims Tagnigou and Judy Sessua.

One of the two releases refers to “events that took or are taking place at the school lately.”

Sources, who cannot be named because they do not have authority to speak on behalf of the GN or CSFN, allege these events included an incident that saw the RCMP pay a visit to the school, but that no charges were laid.

A second CSFN release, dated Nov. 8, which called the earlier release “cryptic,” did not provide much more information.

But the release said the situation was “primarily of a human resources management nature and as such must be treated as confidential.”

It said the CSFN was working with the GN “to shed light on these events and ensure that corrective actions can be taken as soon as possible.”

The CFSN was “exercising ongoing and active pressure on the GN in order to ensure these files are dealt with on a priority basis,” the release said.

“We are all well aware that some of the above announcements can be preoccupying, and that many unsubstantiated rumors have been circulating,” the release said.

“Please rest assured that steps are underway in order to address issues where appropriate, and that our primary objective remains to ensure the safety and delivery of quality education to our children, as well as the maintenance of a healthy workplace for school staff.”

It’s not the first time that Ecole des Trois-Soleils has faced controversies over staffing changes.

It’s also had past conflicts with the Government of Nunavut. A court case launched in 2015 by former Iqaluit lawyer Doug Garson and the CSFN said the GN had failed to respond to the school board’s demands for more resources at Trois-Soleils and called on the GN to live up to obligations under Section 23 of the Canadian Charter of Rights and Freedoms.

Section 23 guarantees minority language educational rights to French-speaking communities outside of Quebec, in order to help those communities preserve their language.

But the association representing parents of students at Ecole des Trois-Soleils then distanced itself from the lawsuit, which was later settled, and Ecole Trois-Soleils’ plans to expand went ahead. 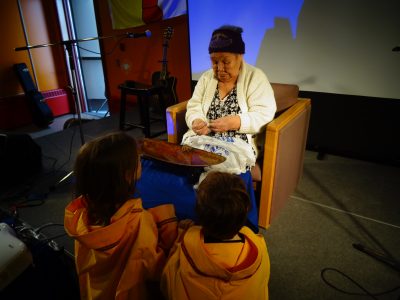 At the 15th anniversary celebration for Ecole des Trois-Soleils in Iqaluit in April 2017, elder Alacie Joamie shares happy moments with students at the French-language school. (Photo by Jane George)

Open since December 2001, École des Trois-Soleils—whose name was suggested by then-student Sarah McNair-Landry of Iqaluit after the Arctic atmospheric phenomenon that produces three suns in the sky—has grown from 35 children to 90, with five full-time teachers.

Today, roughly a third of the school’s students are Inuit.

Among the Trois-Soleils students, parents and staff, you can find some from southern Canada as well as others from countries as far away from Nunavut as Cameroon, the Ivory Coast, Nigeria, Syria and South Korea.

Trois-Soleils also offers a high school program as well as a French immersion program for four-year-olds coming into kindergarten.

Trois-Soleils, which receives money through Heritage Canada, is the only French school in Nunavut.

In Iqaluit, about 4.8 per cent of 8,000 or so residents, so roughly 400, speak French, but this percentage drops to less than two per cent outside the city in the rest of Nunavut.

You can only send your child to Trois-Soleils if French is your mother tongue, or you, your child or your child’s siblings attended an elementary school in French.