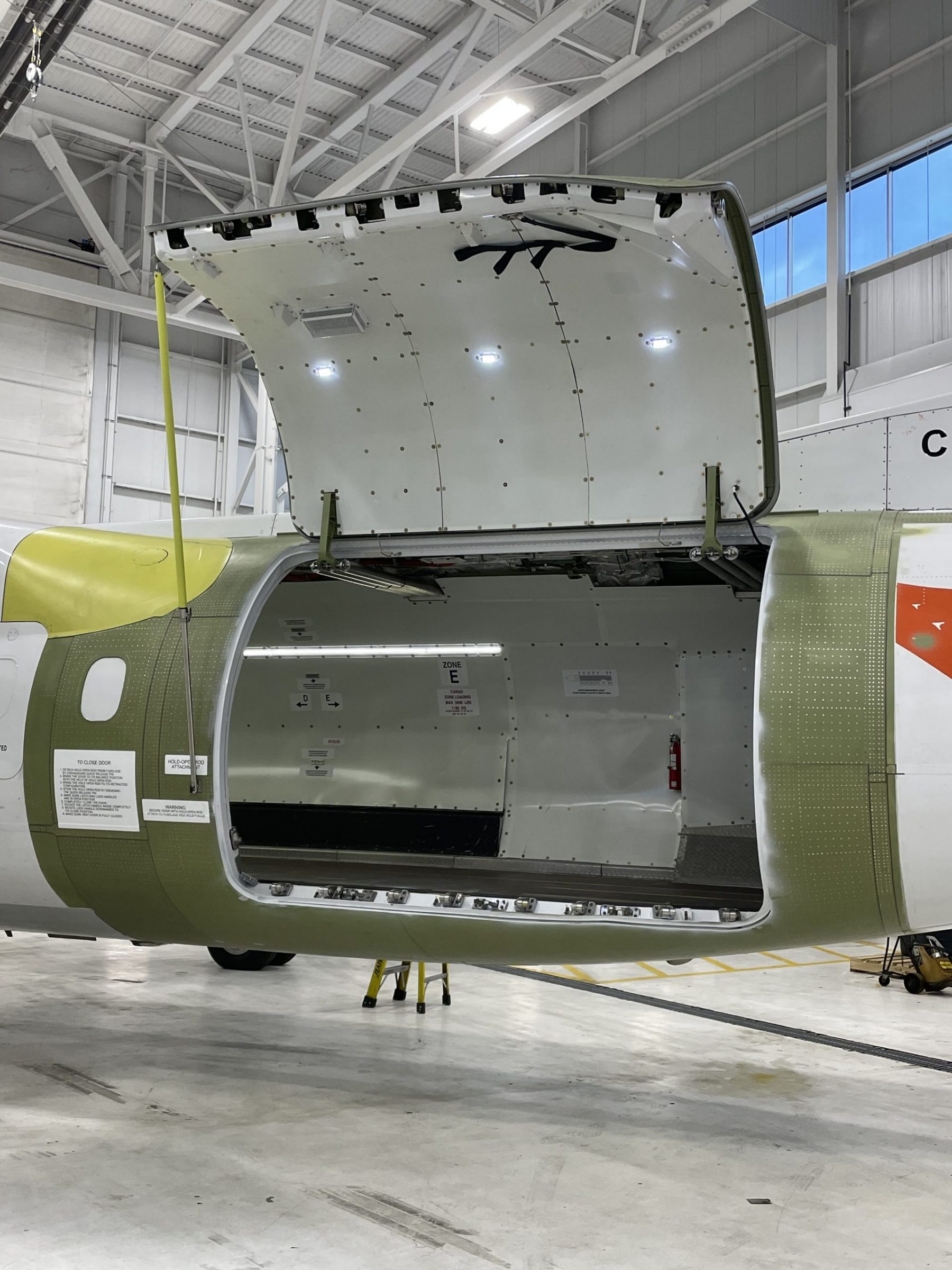 Air Inuit re-engineered an expanded cargo door on one of its Dash 8-300 aircraft to allow the plane to carry larger cargo, such as snowmobiles and ATVs. (Photo courtesy of CNW Group/Air Inuit)

Air Inuit is hailing a retrofit of one of its planes as a “world’s first in aviation” that will make it easier for the company to deliver large items such as snowmobiles and ATVs to people across Nunavik.

The innovation sprang from necessity, explained Christian Busch, president and CEO of the airline.

Popular on-the-land vehicles are growing in size, and it was coming to the point where no planes in Air Inuit’s fleet had doors big enough to handle their delivery. Short, gravel runways in Nunavik’s communities limited the company’s options for buying a bigger plane.

So, said Busch, his team asked themselves, why not cut a bigger door in one of the company’s Dash 8-300’s?

The airline teamed up with engineering firm Rockwell Collins in 2016, and got to work.

“It’s a great project,” he said, adding that doing the actual cutting for the expansion of the door was the most stressful part. If there was a mistake, it could not be easily fixed.

“Once that was done … it was a bit more relaxing,” said Busch.

The team also had to make sure the new door would keep correct pressure in the plane, as well as remodel the interior.

In the end, the renovation cost $5 million and created a door 274 centimetres long and 173 centimetres high, which is about the size of a sedan.

Transport Canada approved the plane for flight on Feb. 3.

The door isn’t just good for moving vehicles, says Busch. It also allows Air Inuit to use pallets for carrying goods so that sensitive items, like fresh fruit, can be better handled.

The Quebec Government contributed money to the project as well through its Fonds Vert program, a program that finances projects that reduce greenhouse gas emissions, because the Dash 8-300 creates 30 per cent less fuel emissions than Air Inuit’s older planes.

Air Inuit is already planning to start work on retrofitting a second Dash 8-300 with a large freight door in the coming months, Busch said.