Alianait brings together Iqaluit during a difficult weekend 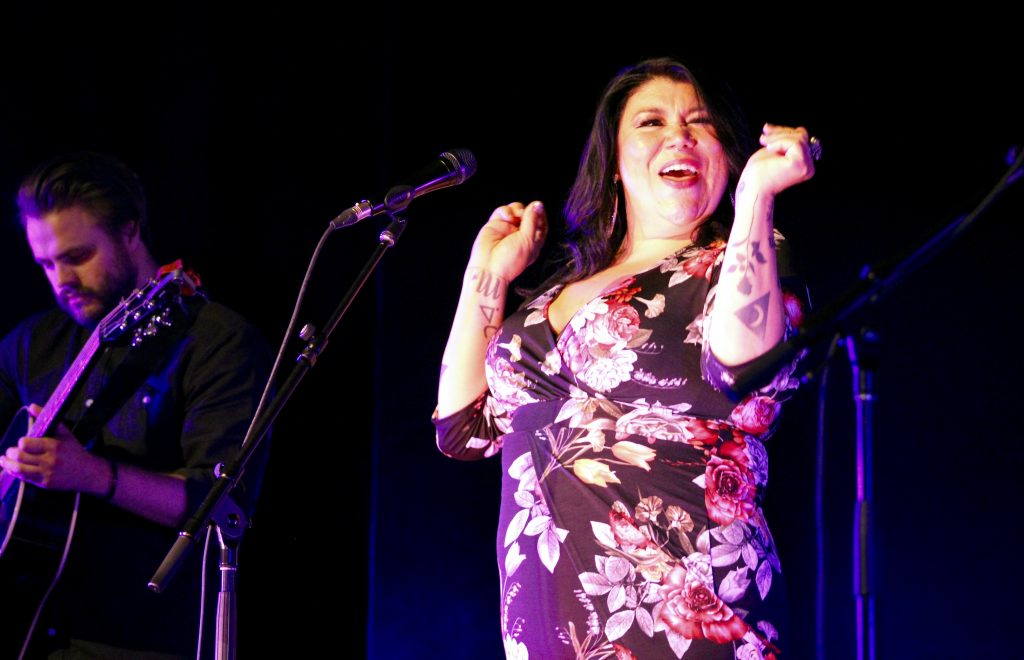 Iqaluit residents packed the Nakasuk school gym last Sunday night, with standing room only and a line waiting outside.

It was the third night of Iqaluit’s 15th annual Alianait Arts Festival. It was also the same day that two fires broke out in the city that morning and an apparent standoff between a suspect and police erupted in the afternoon.

Organizers waived the charge for the evening’s show in light of the events that had taken place earlier in the day.

In a Facebook post, Alianait invited the community to use the show as an opportunity to come together.

The venue ended up being full that night, with residents and visitors packed shoulder to shoulder.

“It’s been a difficult day in Iqaluit. I’m so glad we could come together tonight,” Sunday night’s host, Laakkuluk Williamson Bathory, told the audience.

Artists from across Nunavut and beyond gathered in the city at the weekend for the festival, which ran from June 28 to July 1.

Performances ranged from emotional acoustic numbers to high-energy dance beats that had everyone on their feet.

Joey Nowyuk, a young singer-songwriter from Pangnirtung, opened the first night of the festival on Friday with a set of powerful melodies featuring only his voice and an acoustic guitar.

Children, barely as tall as the stage itself, perched their elbows on the stage for a closer look at Nowyuk.

The tone shifted later that evening when Greenlandic pop-rocker Nick Ørbæk took to the stage with his full band, featuring snappy guitar solos and two-part harmonies.

Saturday’s concert closed with another Greenlandic group, alternative rock band Small Time Giants, who were dripping with sweat by the second song from dancing all over the stage.

Celeigh Cardinal, an award-winning Metis singer-songwriter who also performed on Saturday night, captivated the audience with her warm but powerful vocal range.

Sunday night, with a full house watching him, Rankin Inlet’s Corey Panika and his band had the audience clapping to the beat.

On Monday, the final day of the festival, the audience was treated to Unikkaaqtuat, an intimate performance from Igloolik’s Artcirq in collaboration with Montreal’s Les 7 doigts de la main.

Unikkaaqtuat blended storytelling with acrobatics. Performers backflipped across the stage and were lifted into the air using a pulley system.

Between sets, an instructor from Iqaluit’s Aquatic Centre led the audience in stretching exercises to the beat of pop music.