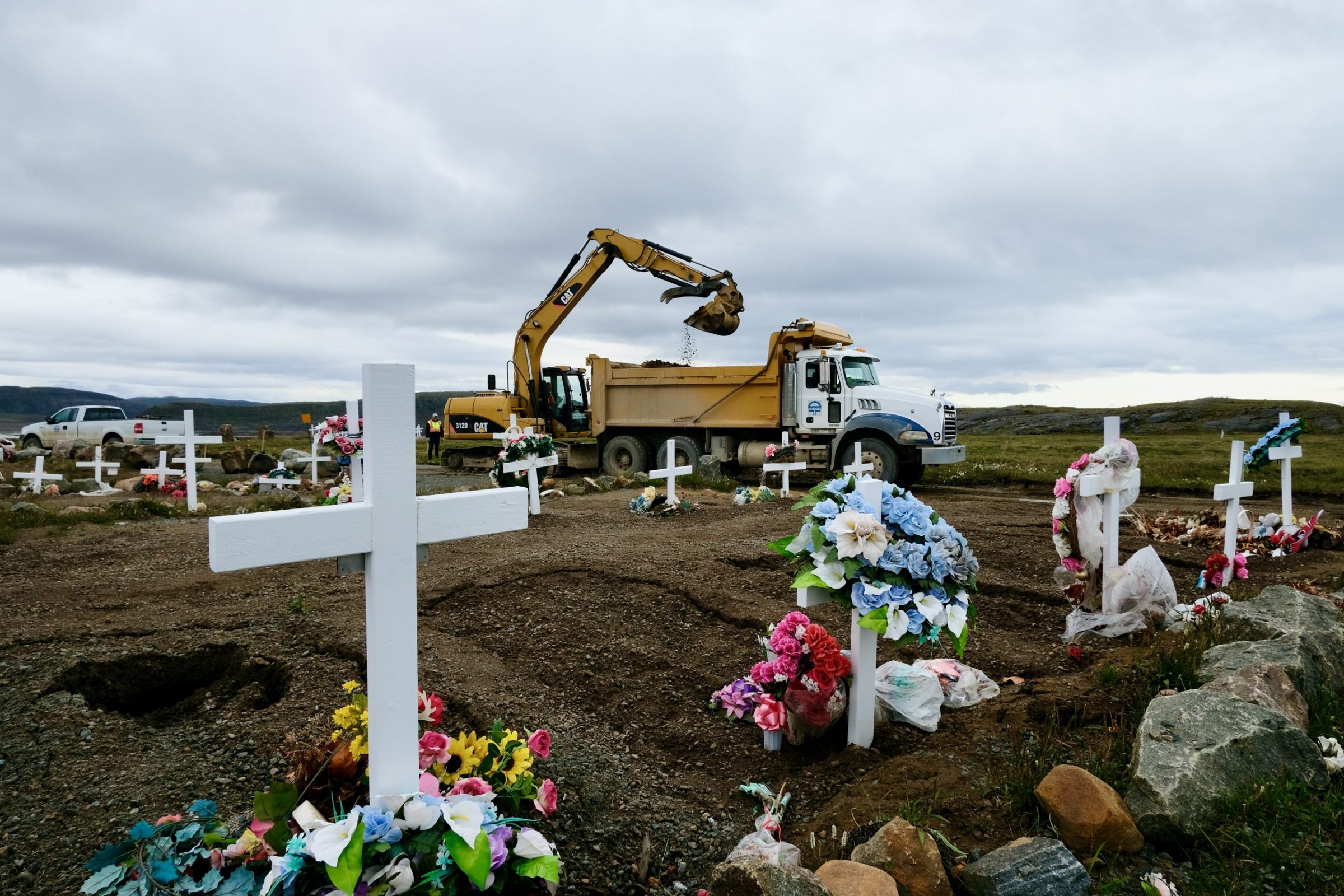 Heavy construction equipment is being used to improve the drainage of Apex cemetery. (Photo by Mélanie Ritchot)

The City of Iqaluit is closing the Apex cemetery for a month and a half to fix drainage problems that have plagued the site for years.

Water from high areas tends to pool on the cemetery, which is located on low-lying land. The problem can make visitations and burials difficult because the ground is too soft.

The city plans to raise the ground level of the cemetery and set up a drainage system that will force water to flow down to the ditches, according to city spokesperson Ainiak Korgak.

“It’s not just the public that are concerned, we have concerns as managers of the cemetery,” said Korgak.

Built in 2013, Apex cemetery has struggled with drainage issues since it opened. Flooding has led to residents complaining about the safety of the cemetery in the past, with one member of the community calling the area a sinkhole.

In 2015, then-mayor Mary Wilman apologized about the cemetery’s soggy conditions. One year later, then-mayor Madeleine Redfern said councillors needed to be aware about the issue.

Perhaps ironically, the Apex cemetery won a National Award of Excellence from the Canadian Society of Landscape Architects for its bowhead whalebone arches and view of Tarr Inlet.

Weather is challenging the start date of the project, with consistent rainy days making it difficult for the construction crew to work or bring machinery onto the wet ground, says Korgak.

Korgak says the city will make sure construction stops during burial ceremonies, and construction done near graves will be completed carefully using hand tools.

Items that had been placed on graves were asked to be removed by July 26. Any items that remained have been removed for construction but can be returned once the project is finished, said Korgak.

The city has hired Tower Arctic Ltd. to do the work and construction is slated to end in mid-September.