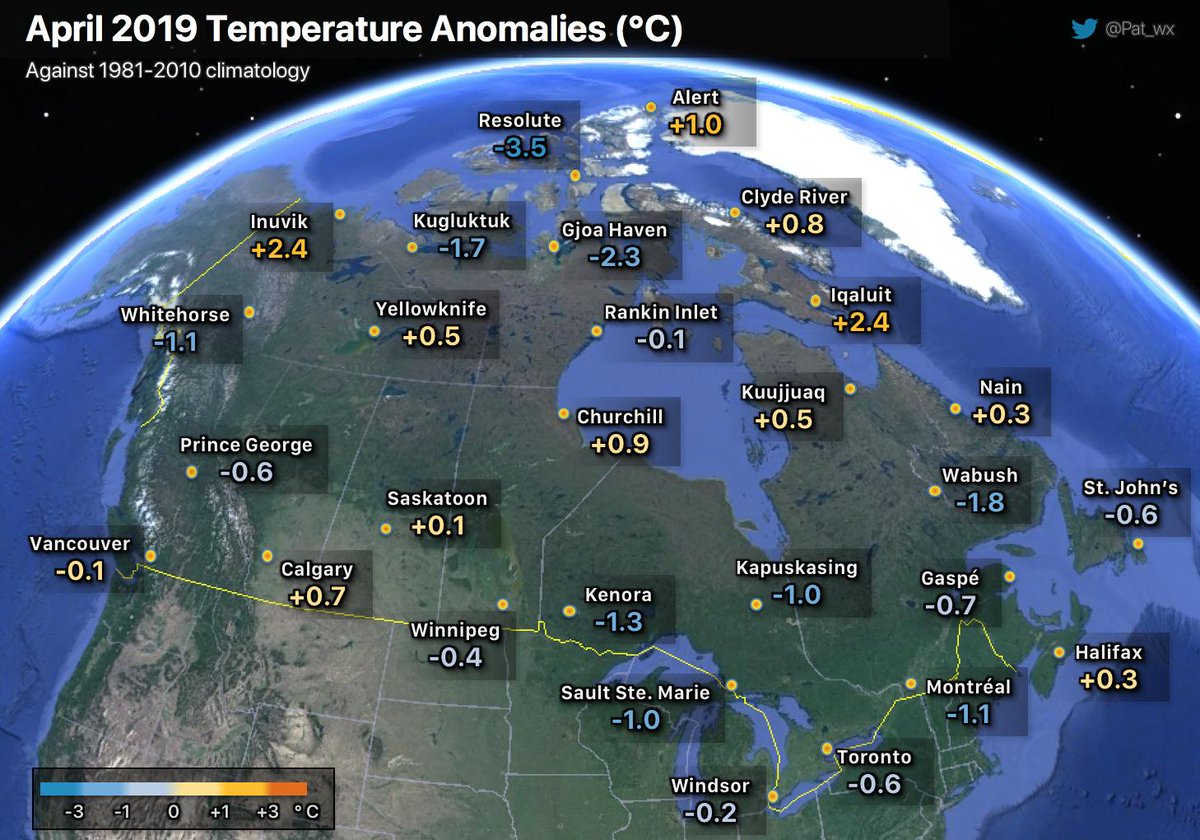 This map by Dalhousie University’s Patrick Duplessis shows how some parts of the Arctic experienced unusually warm temperatures in April, while other spots were colder than usual.

This past April, the circumpolar world saw the lowest Arctic sea ice extent, or coverage, ever recorded since record-keeping began 40 years ago.

Meanwhile, temperatures in many locations also were above average.

At the same time, there were still some cold spots, such as in western Nunavut, but overall the planet continued to sweat it out, says the National Oceanic and Atmospheric Administration in its latest monthly global climate report, released on May 20.

The average global temperature in April was 0.9 C above the 20th-century average, making it the second-hottest April in the 140-year record, surpassed only by April 2016, the report said.

Even so, April was generally colder than normal in eastern Canada and western Nunavut this year. For Kugluktuk, April was actually colder than March, by 1.7 C, for the first time on record, said Dalhousie University weather-watcher Patrick Duplessis.

Still, there were warm moments: the April 12 high of -1.4 C in Rankin Inlet set a new record high for that date, beating the previous high temperature of -2.8 C set in 2015, with 40 years of weather data on record.

In Iqaluit, the average temperature in April was 2.4 C higher than the 1981 to 2010 record, Duplessis found. 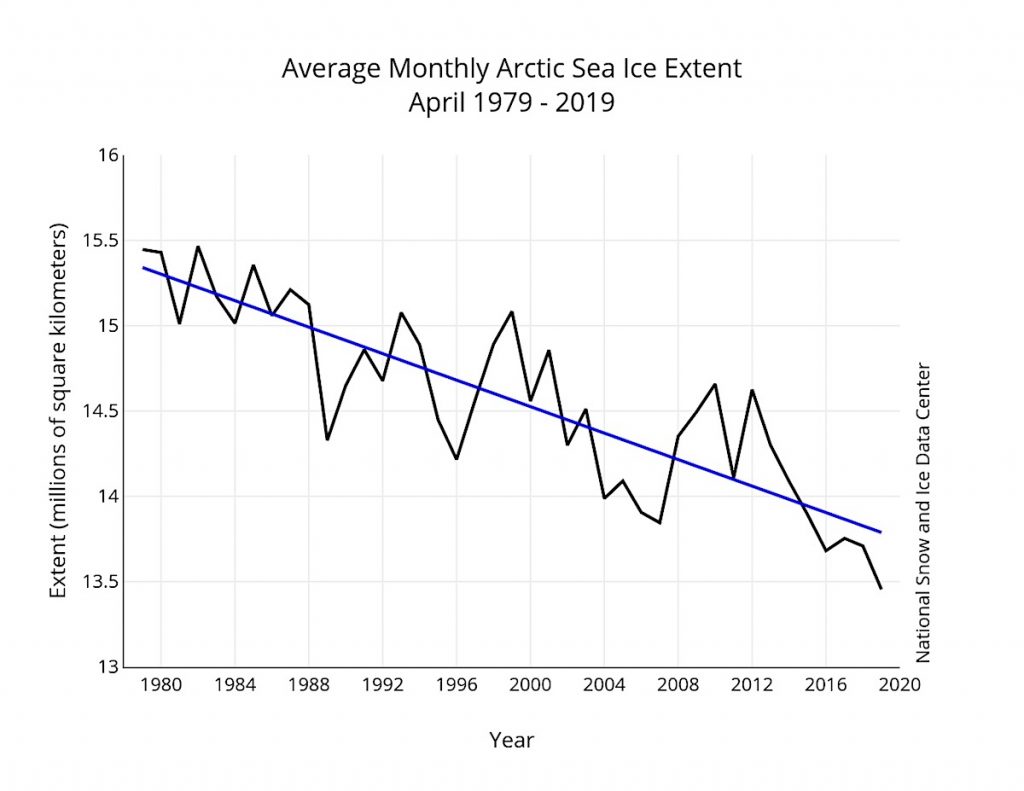 Here you can see the precipitous decline of sea ice cover in the Arctic over the past 41 years. (Graph courtesy of the NSIDC)

April 2019 marked the 18th consecutive April during which Arctic sea ice extent was below average, the data centre found.

It was also the smallest Arctic sea ice extent for April in the 41-year record.

The satellite-image analysis showed that the annual rate of decline for April ice extent between 1979 and 2019 was 38,800 square kilometres, or 2.64 per cent per decade, when compared to the 1981 to 2010 average, the data centre said.

And nearly all of the oldest ice, four years old or more, which once made up about 30 per cent of the sea ice within the Arctic Ocean, is gone.

However, the amount of three- to four-year-old ice increased slightly, jumping from 1.1 per cent in 2018 to 6.1 per cent this year, the data centre said.

“If that ice survives the summer melt season, it will somewhat replenish the 4+ year old category going into the 2019 to 2020 winter,” said the monthly analysis, which noted that “there has been little such replenishment in recent years.”